A Reading man was recently cited after police say he dumped brush on private property in Lower Saucon Township and then requested an Uber ride after his truck became stuck.

In a post on their Crimewatch site last week, township police said that on July 9, Kevi Irizzarry-De Marco, 22, allegedly drove a U-Haul truck to the property near Riverside Drive and Redington Road, in an area which has often been used as an illegal dumping site. 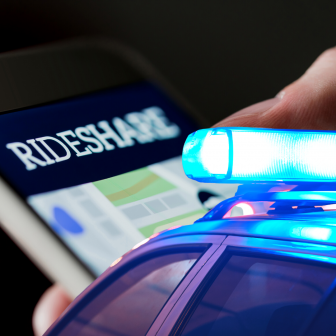 Police said the truck became stuck, and by the time officers arrived at the scene shortly after 10:30 p.m. Irizzarry-De Marco had fled the area using the rideshare service.

Police said that during the course of their investigation, they “made contact with an UBER driving by and were able to identify the occupants of the UBER as the occupants who fled from the U-Haul.”

“Through investigation and surveillance footage, it was learned that the actor, Kevi Irizzarry-De Marco…drove the truck to the location and was illegally dumping brush in the area,” police said. “When De Marco attempted to leave, the U-Haul truck became stuck, delaying his ability to do so.”

According to Northampton County court records, Irizzarry-De Marco was cited for driving on a suspended license, scattering rubbish upon land/stream and abandoning a vehicle on public or private property. Police said in their Crimewatch post that Irizzarry-De Marco would also be cited for trespassing.

The criminal court dockets filed in the case in late July show that Irizzarry-De Marco has not yet appeared in District Court 03-2-04 for a preliminary arraignment on the charges.

No other court proceedings were scheduled as of Sunday.

The dockets did not list an attorney for Irizzarry-De Marco.

Note: All individuals charged with a crime are presumed innocent until proven guilty in a court of law. This story was compiled using information from the Lower Saucon Township Police Department and Northampton County court records.