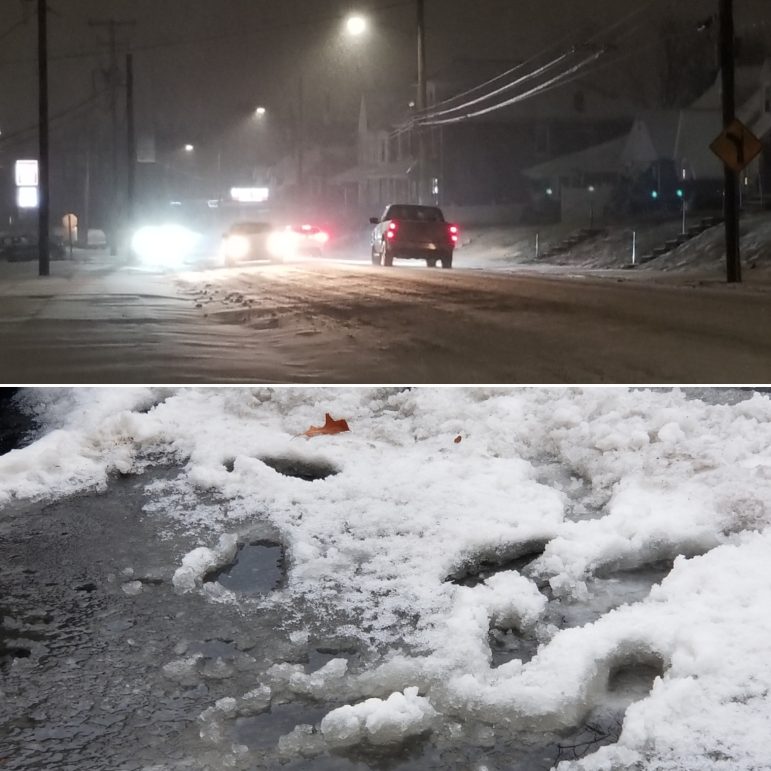 The snow that fell late Sunday turned to sleet, freezing rain and rain early Monday, which meant that most residents awoke to discover any icy slop on their sidewalks and driveways. At intersections and along rain gutters large slush puddles formed in places, due to a combination of frozen ground and storm drains clogged with ice. Pictured above: Fountain Hill borough.

The winter storm that began late Sunday afternoon dumped as much as 4 inches of snow across parts of the area before the snow changed to sleet, freezing rain and then rain overnight. By Monday morning the rain had changed back to light snow, though barely enough to coat the numerous slush puddles that formed as temperatures rose into the 30s and the snow melted and mixed with standing water. That messy, icy “soup” could at least partially refreeze overnight Monday, with temperatures expect to fall into the 20s.

According to NBC10’s list of unofficial snow totals, Coopersburg was once again one of the communities that received the most snow, with 4 inches reported in the Lehigh County borough. Other area snowfall totals reported by NBC10 Monday included 4 inches at Springtown, 2 inches at Trumbauersville, 3.5 inches at Center Valley, 2 inches at Bethlehem and 3.1 inches in Salisbury Township. Generally, lesser amounts fell across areas closer to Philadelphia, where the changeover to sleet and rain occurred earlier.

In observance of the Martin Luther King Day holiday Monday, most government offices, schools, banks and some businesses were closed, which reduced traffic on local roads as plow crews continued to clean up from the storm and put down salt to prevent refreezing.

Temperatures were marginal at around 33 to 34 degrees by 10 a.m. Monday, and were forecast to slowly drop to below freezing throughout the day and into the evening, which could result in hazardous icy spots later on. 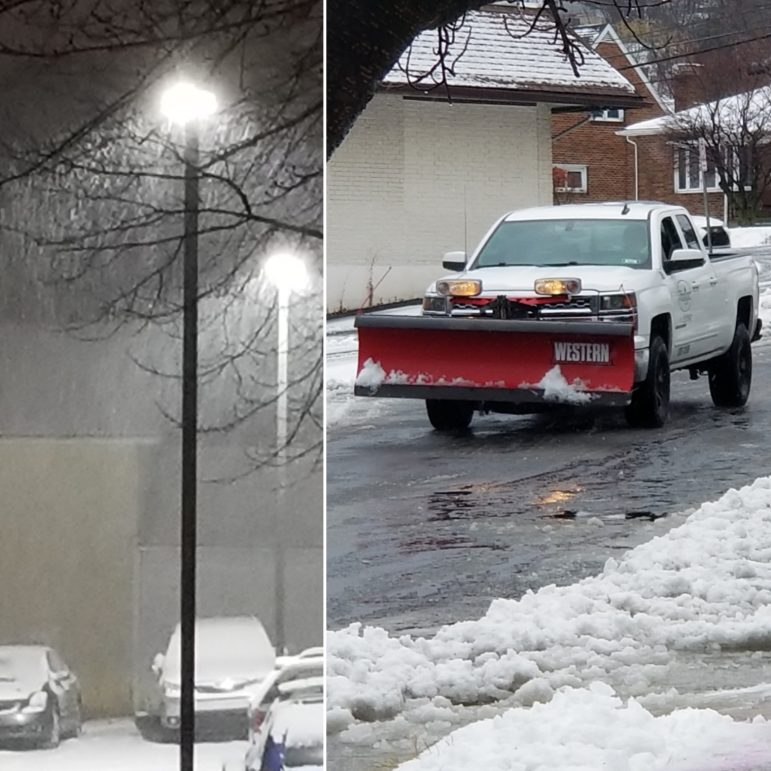 The rising temperatures helped plow drivers in some respects, by facilitating melting of the snow that fell Sunday. However, a layer of sleet on top of it , with slush on top of that, made removal more difficult in places. Above, Fountain Hill borough.