At the age of 99, Meryl “Jack” Reiss of Hellertown doesn’t know how to google things, but fortunately he doesn’t have to. He has family members and friends who use the omnipresent search engine for him, looking up things like his beloved golf scores and prompting him to exclaim that “you just can’t wonder anything anymore.”

Now, Reiss’s loved ones are now harnessing the power of technology to help with something even more important than golf: celebrating his entry into a very special club. 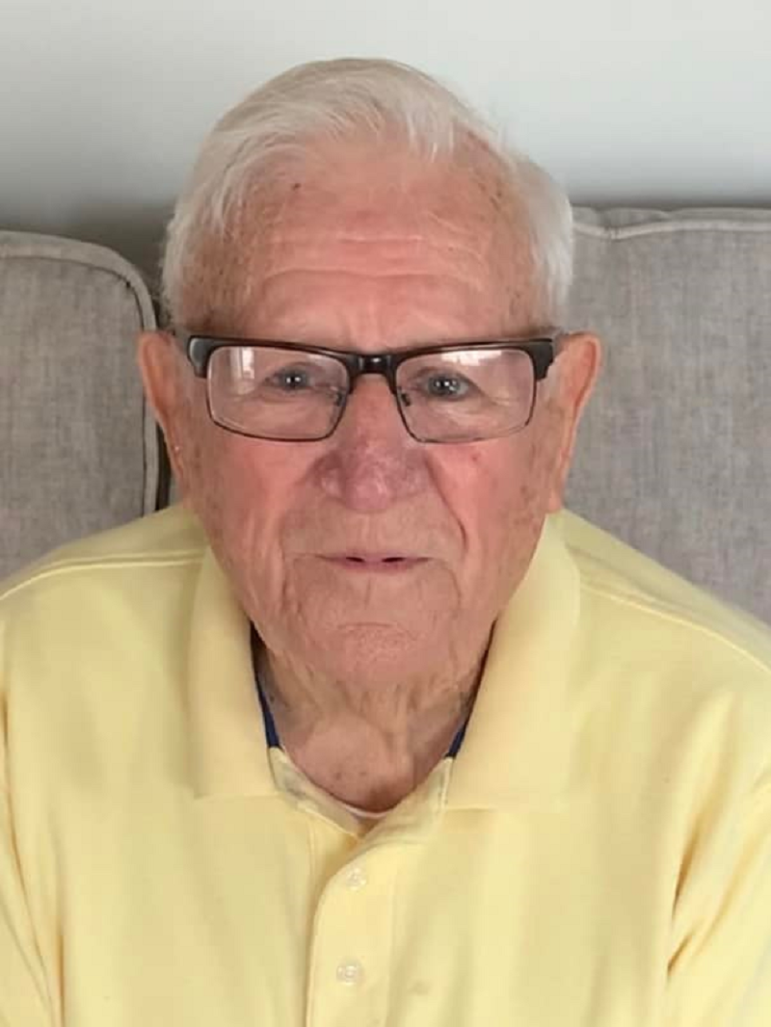 Meryl “Jack” Reiss of Hellertown will turn 100 on Feb. 24. His family and friends are helping to organize a birthday card shower for the World War II veteran, and everyone in the community is invited to participate.

Reiss was born on Feb. 24, 1922, and in honor of his 100th birthday his daughter-in-law, Sue Reiss, and the staff at Christ Lutheran Church in Hellertown are organizing a “card shower” for him, with the hope that it will generate at least 100 birthday cards.

“He said he couldn’t understand how many people knew it was his birthday,” she said of her father-in-law’s amazement at the outpouring of well-wishes he received in the mail.

This year, Sue has once again posted about his birthday card shower on her Facebook page. Cards may also be sent to Reiss via his church, where Faith Community Nurse Enid Rank is collecting them to deliver to him along with a cake on his special day.

Sue said these gestures have added meaning because of the coronavirus pandemic, and the impact it has had on her father-in-law’s ability to socialize over the past two years.

An active man who still drives, dresses well and only uses a cane preventively, Reiss ran his own machine shop out of his shed until five or six years ago. He still lives independently and is in good physical health, barely even taking any medications. So the restrictions on gatherings that were in place were “hard for him to understand,” Sue said.

He especially missed seeing his friends at the Hellertown “McDonald’s club;” an informal kaffeeklatsch who use the restaurant’s dining room as a morning gathering place.

With pandemic restrictions eased, they’re now meeting there once again on Thursdays.

That has been good for him, Sue said, noting that he “doesn’t like to eat alone.”

Reiss’s family–including his three sons and their spouses, six grandchildren and six great-grandchildren–also see to it that he doesn’t have to do that as often as they can.

Reiss was widowed in 2014 after more than 70 years of marriage, and his daughter-in-law said it’s hard for him to believe almost eight years have gone by since he lost his wife.

By that time, Reiss had already been retired from his job as a machinist at the former Bethlehem Steel–his employer both before and after World War II–for 30 years.

When he retired in 1984, he told his daughter-in-law “he wasn’t going to live long,” she recalled, chuckling at the irony of a prediction that thankfully proved to be way off base.

Reiss has never been particularly health conscious and has always eaten what he wanted to, so his longevity seems to be the result of some combination of winning the genetic lottery and maintaining a positive attitude, which Sue said he does for the most part.

He’ll sometimes say he’s “ready to go,” she said, but that’s partly because so many of his friends have passed on. Engaging with his family and even watching his favorite television channels–which broadcast a wide variety of his favorite vintage Westerns–help to keep him focused on the present. “Thank god for television,” she added.

Reiss is also known for his youthful appearance, and his daughter-in-law said it’s not uncommon for strangers to guess that he’s in his late 70s.

He enjoys hearing that, just like he enjoyed being the recipient of a random act of kindness by a couple he met one night recently at the Hellertown Crossroads Hotel. After seeing his World War II cap, Sue said the couple paid for his meal; a generous gesture which surprised the Navy veteran who loves to tell stories about his time in the service.

Anyone who would like to wish him a ‘happy birthday’ can send him a card via the church at Jack Reiss c/o Christ Lutheran Church, 69 Main St., Hellertown, PA 18055.

Local residents may be familiar with a World War II era photo of Reiss which adorns one of the Hometown Heroes banners on Easton Road, not far from his home in Hellertown. 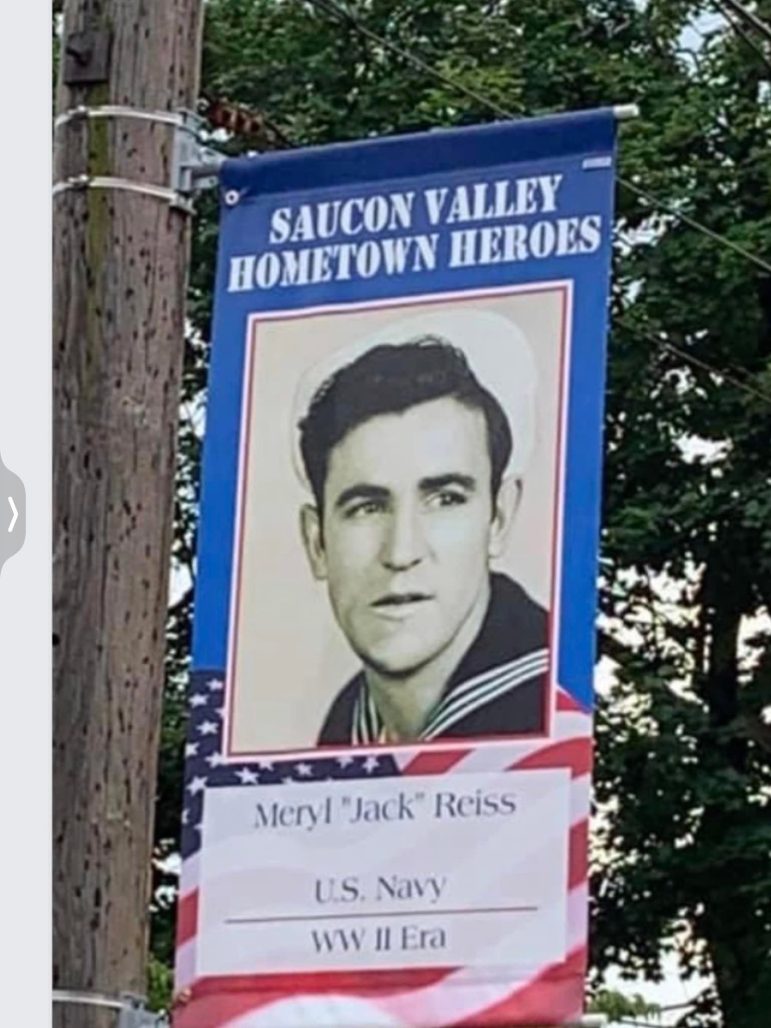