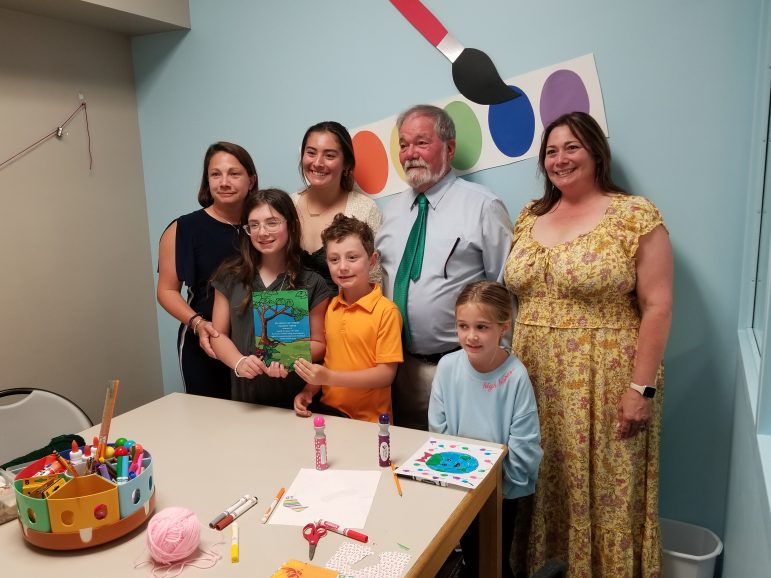 Glenn Kranzley and other family members pose for a photo in the Susan K. Kranzley Creativity Corner following a dedication ceremony held at the Hellertown Area Library Thursday. Susan Kranzley was a local art teacher whose legacy will live on in the endowed art corner at the library.

The legacy of a longtime local art teacher who passed away in February will live on in a “creativity corner” established in her memory at the Hellertown Area Library.

Susan K. Kranzley was a borough resident, artist and educator, her husband Glenn recalled Thursday, during an event held to open the creativity corner to the public.

Located on the library’s finished basement level–adjacent to a multipurpose room–the room is stocked with art supplies and will be maintained through an endowment, he said.

Kranzley said the idea to recognize his wife’s contributions as an art teacher as well as her ability to inspire young people came to him not long after her death in February, when he encountered former students on whom she had made a positive impression.

One woman who had Mrs. Kranzley when she taught at the former St. Theresa School in Hellertown recalled, “I wasn’t very good at art, but I loved art class,” he said.

An art teacher for 26 years before her retirement in 2005, Susan “was proud of the career she had,” he said, adding that she would be “most pleased” to know that the gifts she shared with students during her lifetime will live on at the library. 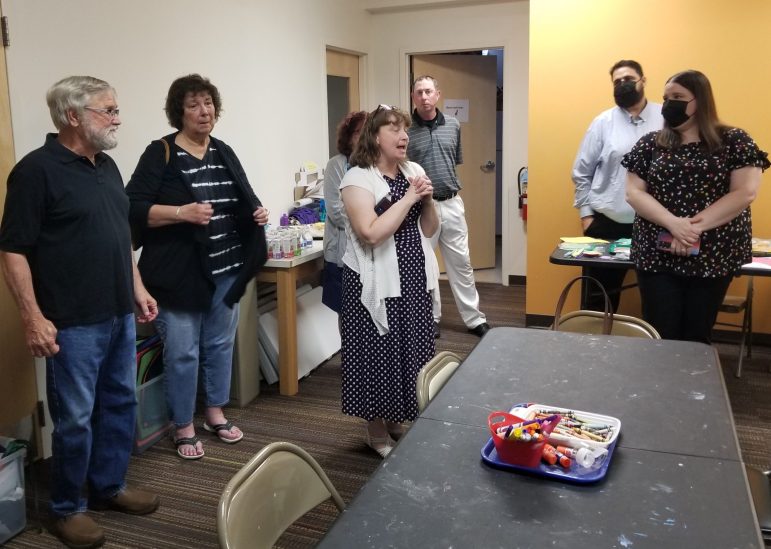 Kranzley thanked library director Noelle Kramer and children’s librarian Andrea Milliren for their assistance in developing the creativity corner, which kids will be able to use with supervision after they sign in at the circulation desk on the main level.

Rules for the use of the creativity corner are posted next to the room’s entrance, where Kranzley hung a plaque that reads: 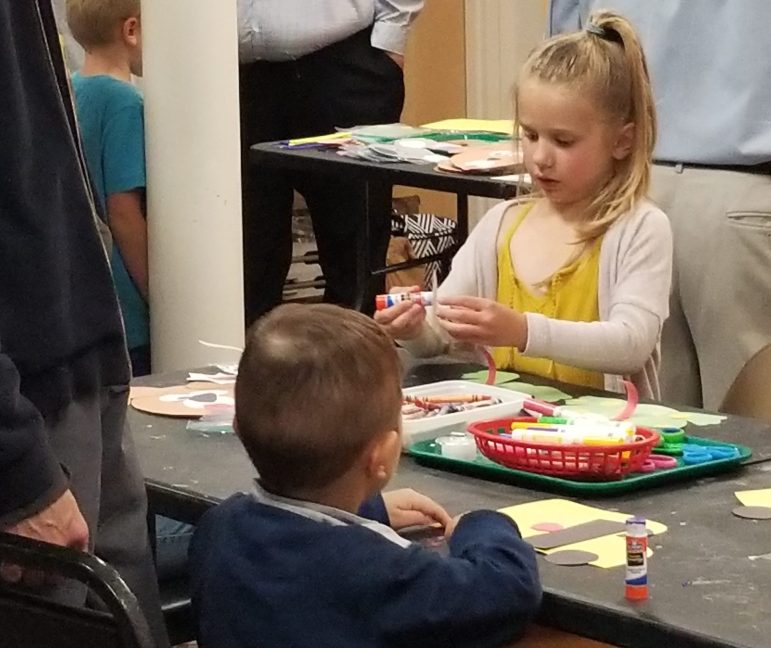 Little ones were encouraged to create–and needed no coaxing–at the dedication ceremony. 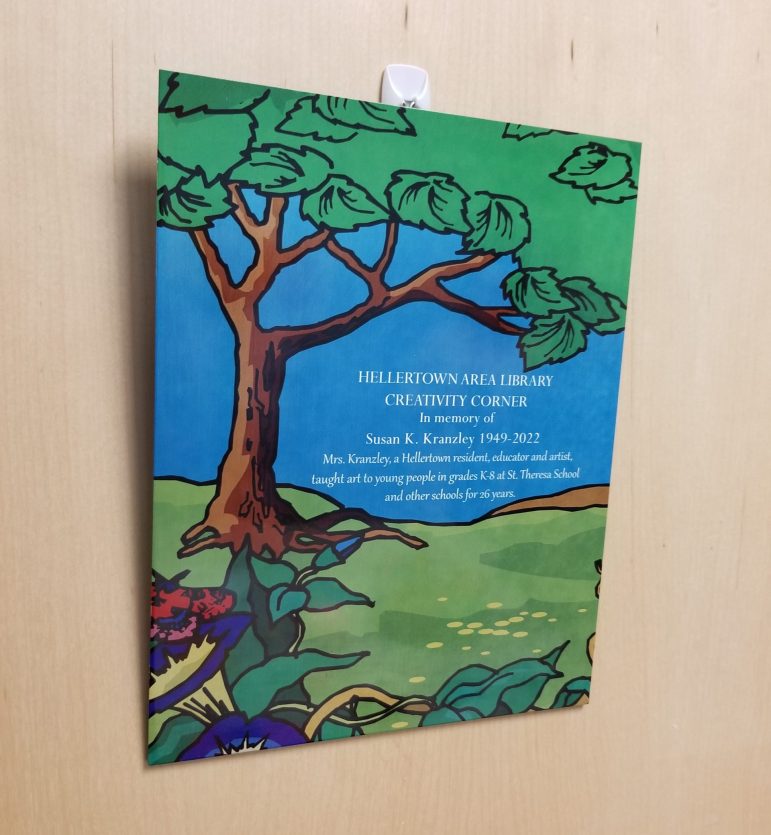 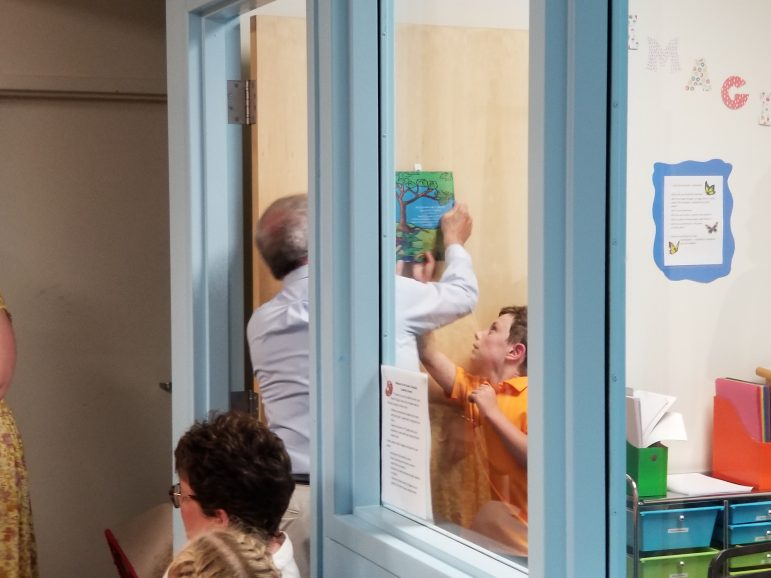 Glenn Kranzley receives some help as he places a plaque on the door to the Susan K. Kranzley Creativity Corner at the Hellertown Area Library. 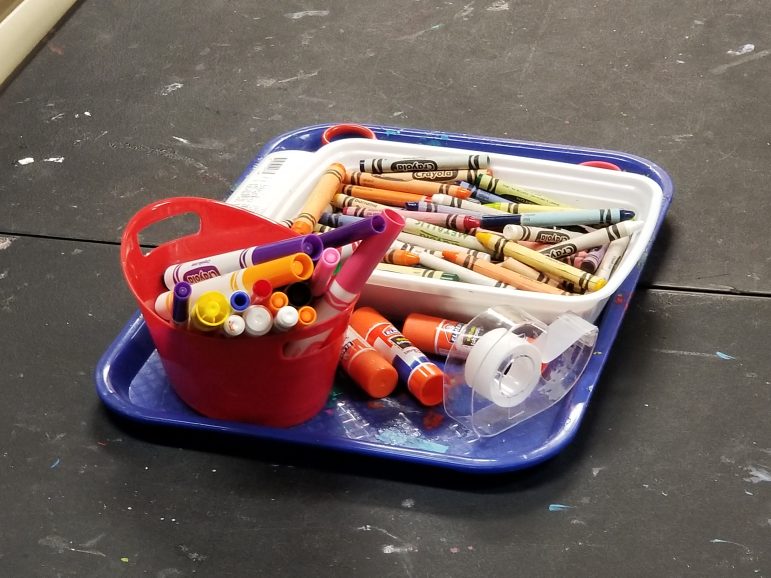 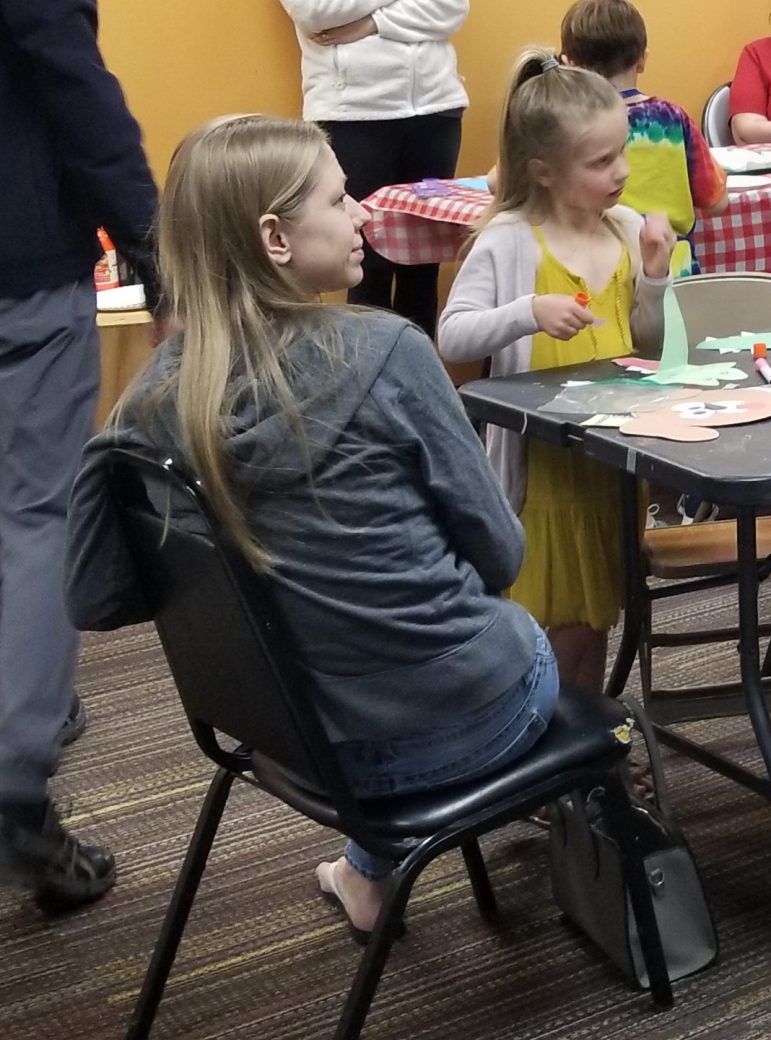