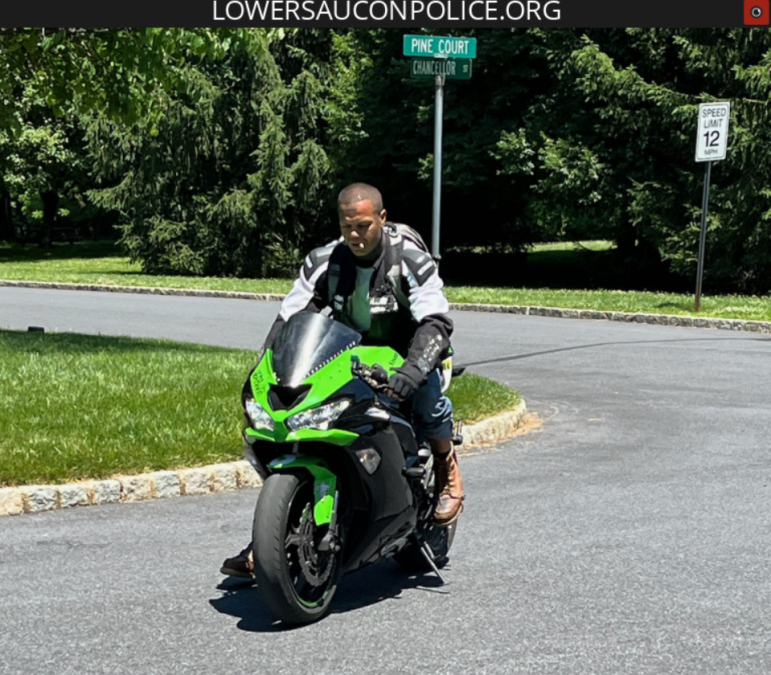 Lower Saucon Township Police shared this photo of a man who is suspected in the attempted theft of a woman’s bicycle in the 1900 block of Pine Court on Wednesday afternoon. The photo above was taken near the scene of the attempted theft, which is in the Society Hill housing develpoment off Friedensville Road, near Hellertown.

Lower Saucon Township Police are investigating an attempted bicycle theft that happened in the Society Hill development Wednesday, according to a news release.

In a post on their Crimewatch site Thursday, township police said the attempted bike theft occurred at approximately 1:20 p.m. in the 1900 block of Pine Court.

They said the owner of a green Liv mountain bike had the door to her house open when she saw an unidentified man taking the bike out of the back of her truck parked outside.

“She ran outside and began to yell at him, at which time he left the area on a green sports motorcycle,” police said.

Police shared a photo of the man on the motorcycle, and asked that anyone who recognizes him contact the Lower Saucon Township Police Department at 610-317-6110.