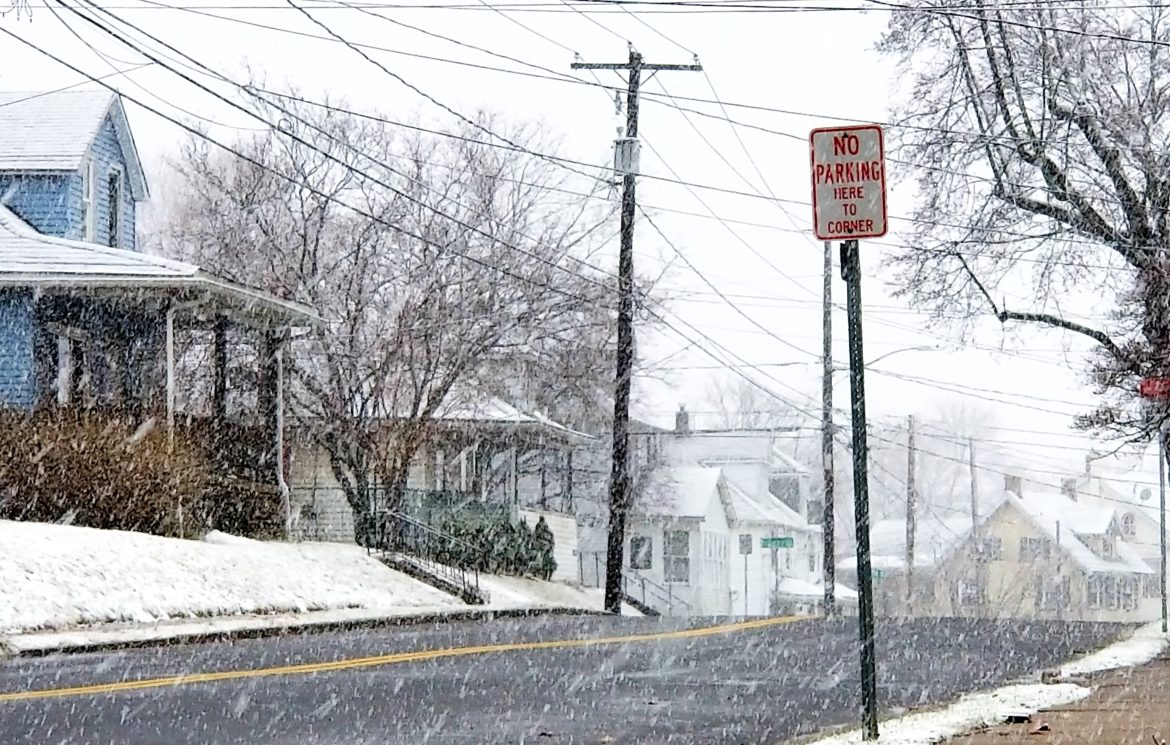 Looking west on Penn Street in Hellertown, after moderate snow began to fall Wednesday morning. The moderate to occasionally heavy snow only fell for several hours 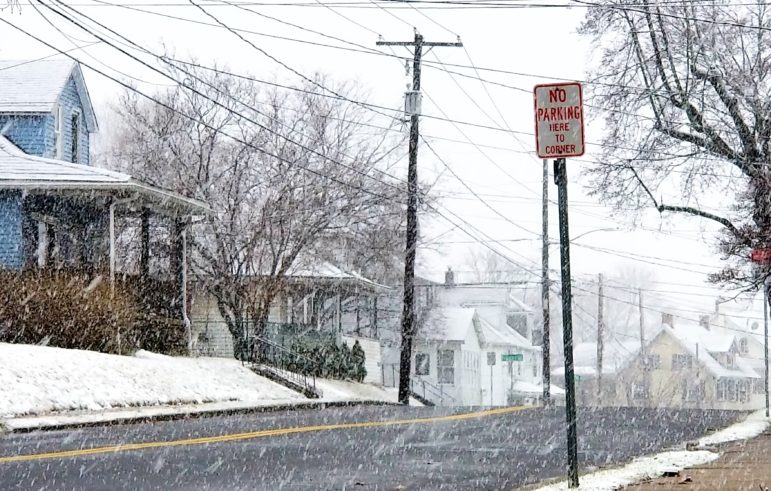 Looking west on Penn Street in Hellertown, after moderate snow began to fall Wednesday morning. The moderate to occasionally heavy snow only fell for several hours

The monster snowstorm that was supposed to drop upwards of a foot of snow on the Saucon Valley area fizzled after just a few misleading hours of moderate snow, with many areas reporting just several inches of accumulation and many local weather forecasters issuing mea culpas.

Lehigh Valley International Airport recorded a total of just 2.2 inches, and the National Weather Service has canceled its winter storm warning. The Borough of Hellertown lifted its snow emergency shortly after 5 p.m.

Much of the snow that did fall has turned to slush, since temperatures are at or slightly above freezing in most locations, however it could refreeze overnight.

“Untreated roads will likely remain snow-covered and hazardous tonight,” the NWS stated in a hazardous weather outlook. “In addition, the heavy weight of the snow may bring tree limbs and power lines down.”

Lehigh Valley Weather Authority noted on Facebook that this was a notoriously difficult-to-forecast “Miller B” type of Nor’easter, and said a storm shift about 65 miles to the east resulted in the underperformance.

“Simply put, the the low pressure system was further east than computer models had put it just hours in advance of the storm,” LVWA posted. “The NAM model, which has been stellar, completely dropped the ball on this.”

Eastern PA Weather Authority called the storm a “bust” for many areas including the Lehigh Valley in its Facebook post explaining what happened.

“Many areas outside of extreme SE PA are going to bust, and in some cases by a lot,” the company said. “We will own this one, but (there’s) not much we could have done differently or foreseen coming, to be quite honest. There was a 100 percent consensus on all model guidance at this time yesterday of what basically equates to our [original] final call map from last evening, but unexpected massive shifts east overnight and a more eastern track of the low itself shafted many interior locations.”

One of the most emotional posts was by Pennsylvania Weather Action.

“We understand your frustration,” lead forecaster Chris Corrigan wrote on Facebook. “No model guidance suggested this shift. All day yesterday, models were trending west. So to put out a forecast with significant snow only in Southeast PA would not have made sense. Yes, it may be hard to trust forecasts for the next storm that comes along. With that said, we and other major weather outlets will do the best job we can to provide the most accurate forecast based on model guidance and observations. We apologize for the inconvenience and the let down.”

Most comments on the above posts have been sympathetic, although some area residents have expressed disappointment or frustration that the storm didn’t deliver its payload of snow as promised. Others say they’re delighted, because they now have less snow to clean up or because they simply don’t like winter weather. A few people said they were angry because of the missed forecast.

“You were really off on this one,” Maria Maria wrote on the LVWA page. “Weather people need to be more serious and not get all caught up on all that hipe (sic)!”

Others, however, were quick to defend their favorite weatherman.

“Tony’s awesome and still spot on the majority of the time,” wrote Kristie Barbolt.

“He literally explained what happened,” added Chyrece Ferry. “It wasn’t hype, it was a forecast based on the models.”

Tell us: What do you think of the snowstorm’s bust? Are you happy or sad about it. Are you angry? Are you ‘meh?’ More importantly, will you trust local weather forecasters the next time a major storm is predicted?