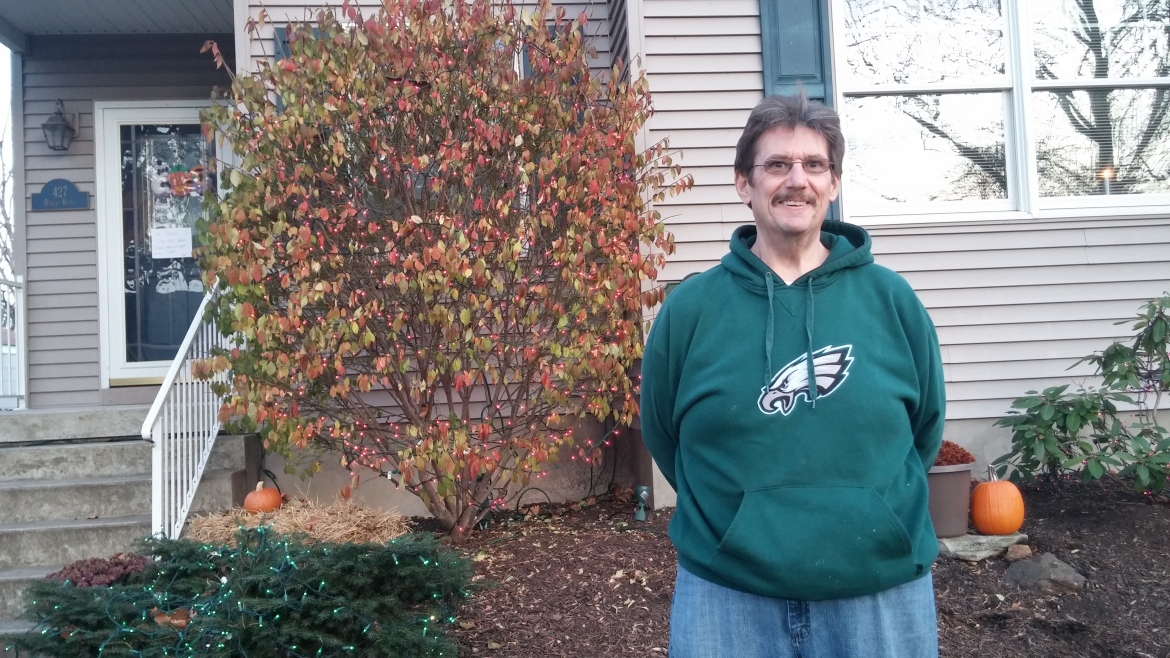 Hellertown resident Donald Mills takes pride in decorating his Birch Road home with thousands of Christmas lights each year. His home has been featured numerous times in Bill White's Morning Call column about the best light displays in the Lehigh Valley.

The work is time-consuming and sometimes tedious, but it doesn’t bother Hellertown resident Donald Mills that it takes him weeks to fully decorate the outside of his home in the 400 block of Birch Road with Christmas lights. 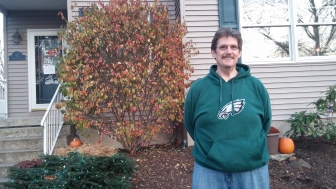 Hellertown resident Donald Mills takes pride in decorating his Birch Road home with thousands of Christmas lights each year. His home has been featured numerous times in Bill White’s Morning Call column about the best light displays in the Lehigh Valley.

Mills has been following the same meticulous approach to decorating with lights for years, and it’s paid off in the form of fame as a destination on the premier local Christmas lights “circuit.”

As Mills explained during a recent interview, it took him a number of years to accomplish his goal of inclusion on Morning Call columnist Bill White’s annual list of recommended displays in the Lehigh Valley.

He studied other light displays, and eventually developed his own unique approach to decorating with lots and lots of lights. In fact, this year he expects to string about 17,000 bulbs all around his two-story home. 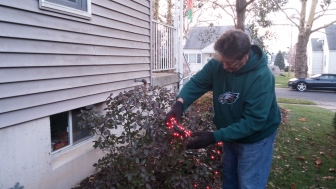 Donald Mills decorates a bush along the side of his Birch Road, Hellertown home with lights.

Since Mills doesn’t like heights, he mostly decorates at the ground level, where he likes to be creative and admits to “always looking for places to add more lights.”

One of his techniques is to color coordinate his lights with the different varieties of plants they adorn. For example, he uses green lights to decorate his evergreens, red and green lights on his holly bushes, and purple lights on his rhododendron.

On the wreaths he hangs on his windows and the garland he wraps around his back deck railing, Mills combines red, green and white lights for a multi-colored effect he said many people have complimented. 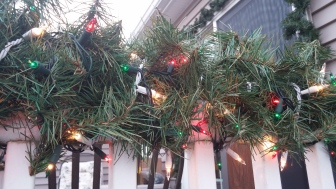 Donald Mills of Hellertown says he’s gotten lots of compliments on his use of red, green and white lights wrapped around garland and wreaths.

Mills said he first made White’s well-known list about five years ago, and he’s remained on it most years since.

He’s also been a featured home on the list, with a photo of his house printed in the newspaper. Local cable television provider RCN airs a version of White’s guide to Christmas light displays, and Mills’ lit-up home has also been shown on that program.

Mills said he’s one of the few homeowners in the Mountainview neighborhood to extensively decorate with lights, and that it’s gratifying to know people are driving slowly by his home, admiring his handiwork.

To achieve his signature look, “when I plan my display I use a spreadsheet,” Mills explained. 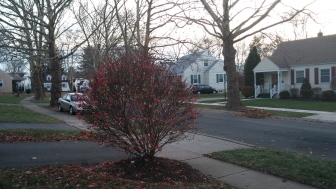 Don Mills uses red lights to decorate a burning bush in front of his home on Birch Road near Magnolia Road in Hellertown’s Mountainview neighborhood.

“I’m very obsessive about it,” he added. “I want things to look right.”

He’s even been known to unravel 800 lights from a shrub if he’s unhappy with the way they are strung.

But ultimately, all the time and energy he puts into decorating his home “is for the joy.”

He said he hopes to once again be a featured home on Bill White’s list of local light displays that will be published in December.

This holiday season Saucon Source would like to publish a guide to Saucon Valley light displays. If you are decorating your home with lights, wreaths, inflatables and/or other Christmas/holiday cheer, and would like to be included in the guide, please email a clear photo of your display along with your address to josh@sauconsource.com by Wednesday, Dec. 10.