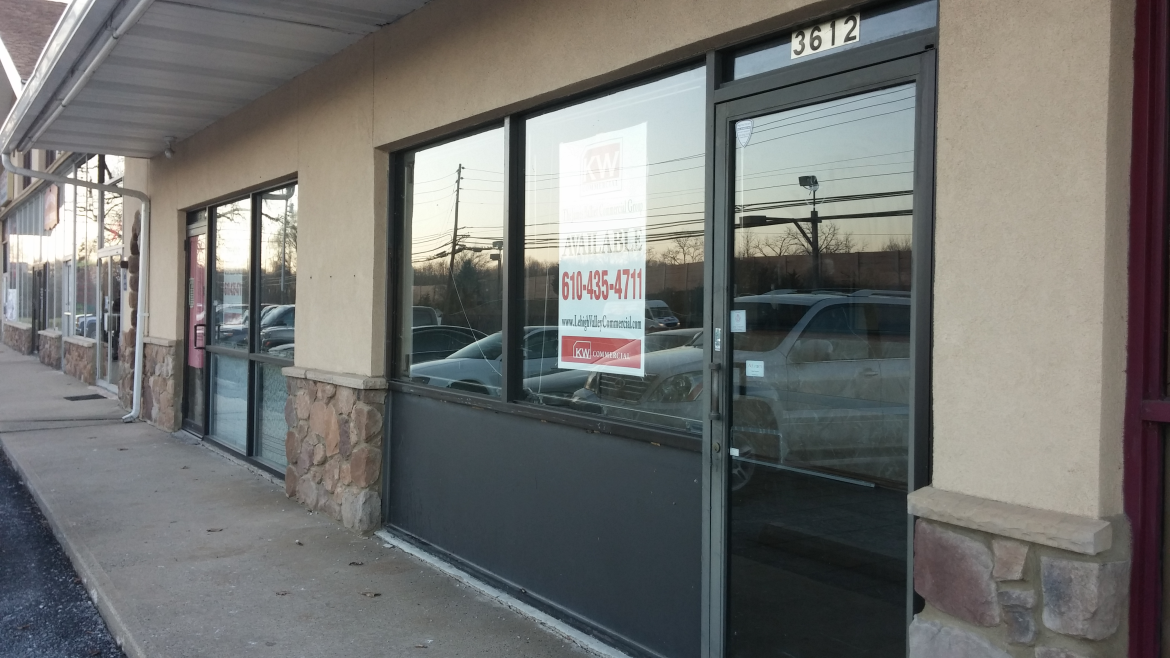 In recent months a number of new businesses have opened along the busy Route 378 commercial corridor in Lower Saucon Township. Among them are Dollar Tree and Chaar (a pet supplies store), and soon to open in the same shopping center are a gym–Maxx Fitness–and a new restaurant/bar called Taps Tavern.

Further down the road on the opposite side of the street there is also activity taking place in the Black River Plaza strip mall at Black River Road and Rt. 378, where several storefronts have been vacant for some time. 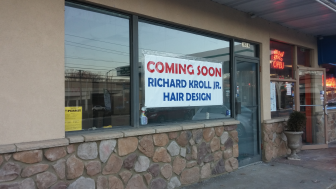 A new salon has been announced with a sign in the window of one of them, and a posted zoning permit dated Nov. 12 indicates that commercial alterations are currently taking place to facilitate the opening of Richard Kroll Jr. Hair Design sometime in the near future.

Next door a storefront that housed the former Piccadelly Cafe remains vacant, with signs in its windows from KW Commercial/The James Balliet Commercial Group. 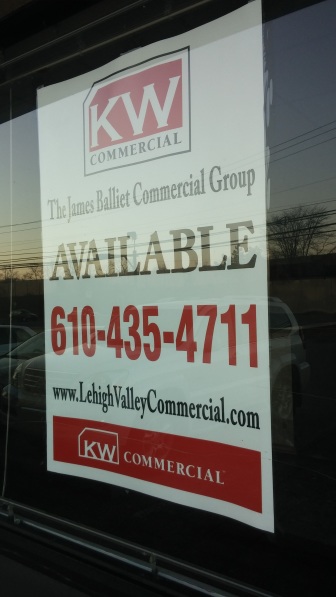 A sign in a window advertising available retail space in the Black River Plaza on Rt. 378 in Lower Saucon Township.

According to a property listing on that company’s website, the 1,440 square-foot storefront is available for rent as a restaurant for $2,660 per month.

The listing touts the plaza as offering convenient access to both I-78 and Rt. 309, as well as its location in the “affluent Saucon Valley market.”

More information about the listing is also available by calling 610-435-4711.

What type of restaurant would you like to see open in the Black River Plaza? Are there other businesses you would like to see open along the Rt. 378 corridor in Lower Saucon Township? Tell us in the comments section.