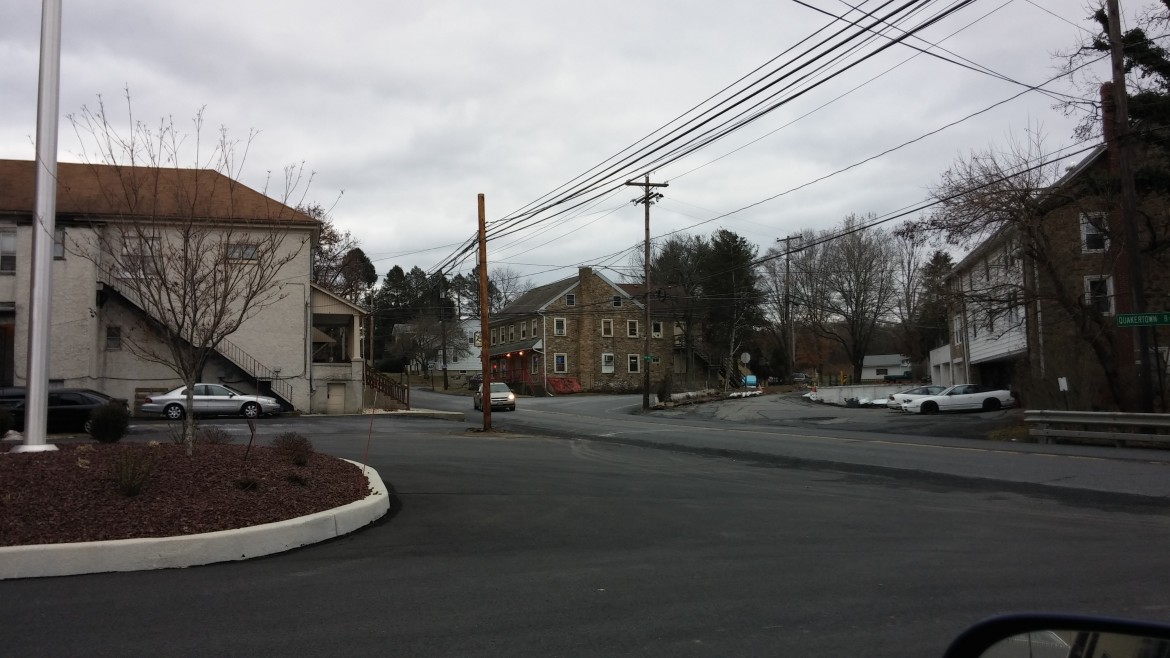 The intersection of Flint Hill Road and Rt. 412 in Lower Saucon Township.

A Lower Saucon Township intersection described by state Rep. Justin Simmons (R-131) as “dangerous” will be the subject of a Pennsylvania Department of Transportation (PennDOT) study over the next four to six weeks, according to Simmons’ weekly newsletter dated Feb. 6.

The intersection of Flint Hill Road and Leithsville Road (Route 412) south of Hellertown was the scene of a fatal truck accident that destroyed the Leithsville fire station in May 2012. 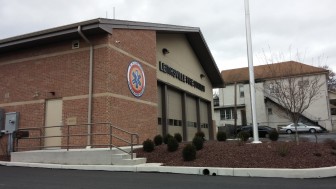 The rebuilt Leithsville fire station in Lower Saucon Township was dedicated in May 2014 (FILE PHOTO).

In that accident, a dump truck that lost its brakes coming down Flint Hill struck a passing vehicle as it careened across Rt. 412 before crashing into the fire station, which erupted in flames.

The driver of the passing vehicle–John Muzyka, 56, of Springtown, Bucks County–was killed in the crash, and the dump truck operator was badly hurt. Following a months-long investigation by township police and the Northampton County District Attorney’s Office, authorities decided that no charges would be filed.

In early December, another accident involving a garbage truck that lost its brakes coming down Flint Hill proved to be a close call, as surveillence video from the fire station demonstrates.

“I believe it’s time for PennDOT to take action that will make this dangerous intersection safer,” Simmons said in his announcement about the study.

Lower Saucon Township Council also voted last month to request that PennDOT conduct a study of the intersection, after representatives from Se-Wy-Co Fire Company warned council members about the dangers of truck traffic there.

The Leithsville fire station was rebuilt about 15 feet further back from the road, and the new station was dedicated last May. 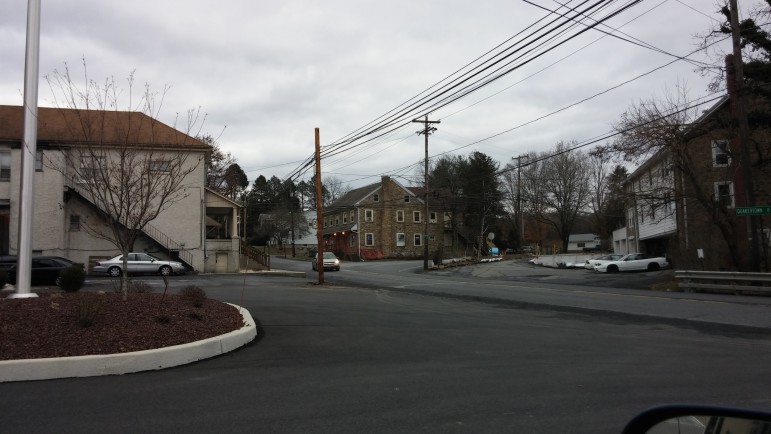 The intersection of Flint Hill Road and Rt. 412 in Lower Saucon Township was the scene of a fatal dump truck accident in May 2012 and another accident in involving a garbage truck in December 2014. Both trucks lost their brakes coming down Flint Hill.