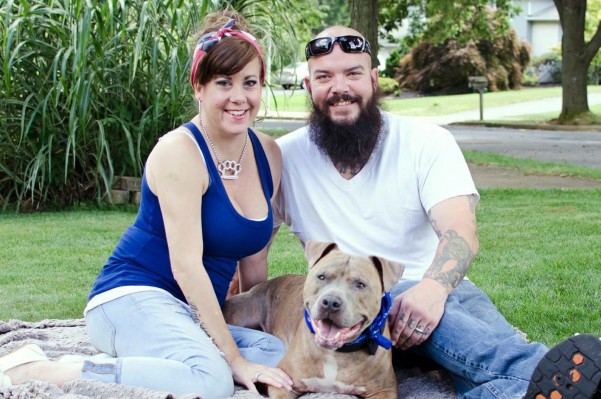 Fundraising is in full swing to help a Saucon Valley native who recently suffered multiple organ failures after a virus attacked her liver. 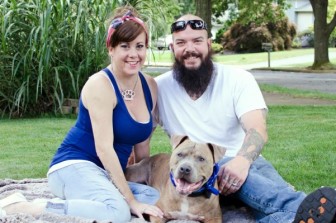 Mardelle Parenti Blume has been hospitalized since December and is currently in the intensive care unit at Temple University Hospital in Philadelphia, where she remains on life support after suffering respiratory failure and being sedated Sunday.

She turned 38 on Monday.

Family friend Cindy Bleam Bruneo said that although Blume will need a liver transplant, plans for the surgery are on hold for now due to the fact that she is on life support.

A GoFundMe campaign established in Mardelle and her husband Joe’s names has raised more than $7,000 over since it began in mid-January.

The crowdfunding campaign’s initial goal was $5,000 and its current goal is $10,000, although organizer Shelly Finn Kuder explained in a page summary that “depending on Mardelle’s health and the length of her [hospital] stay, that may need to be raised at some point.”

Many donors have expressed their wishes for Blume’s recovery in comments posted on the GoFundMe page.

Bruneo said a Dine and Donate fundraiser for Mardelle was held recently at the Keystone Pub and featured a Chinese Auction and 50/50 drawing. And another major fundraiser is planned for next month.

Locally-owned business Smokin’ Outlaw BBQ is planning a fundraiser which will be held Friday, March 6 from 4 to 10 p.m. at the American Club of Coplay, 300 Cherry St., Coplay.

As many as 500 people are expected to attend the fundraiser, which will feature a smoked barbecue buffet, draft beer and non-alcoholic beverages, a DJ, a live band (Friction), a Chinese auction and 50/50 raffles.

All proceeds from the event including bartender tips will be donated to the Blumes. The money raised will help pay for costs associated with Blume’s care that are not covered by insurance, including medication that could cost as much as $2,000 a month, out-of-pocket.

Advance tickets are $30 and may be purchased by calling Smokin Outlaw BBQ owner Eric Neith at 484-239-9130 or Shelly Finn Kuder at 610-730-3352, or by emailing smokinoutlawbbq@gmail.com. Tickets can also be purchased online.

Tickets must be purchased in advance and the BYOB event is for adults 21 and over.

Event sponsors and donors are also being sought. For additional information about how to get involved as a donor or sponsor, please see the letters below from Eric Neith. A copy of the event flyer is also posted below. 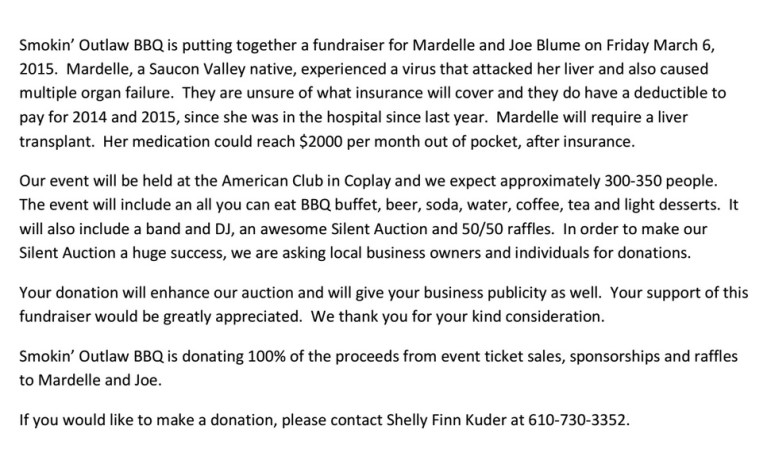 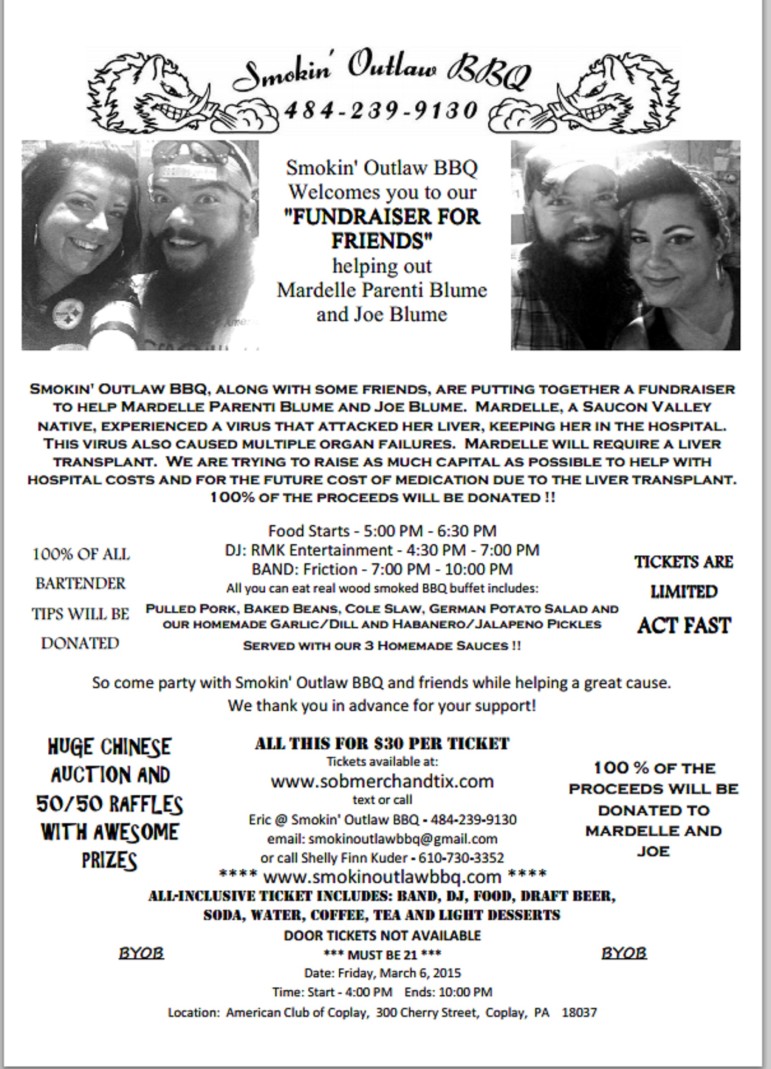 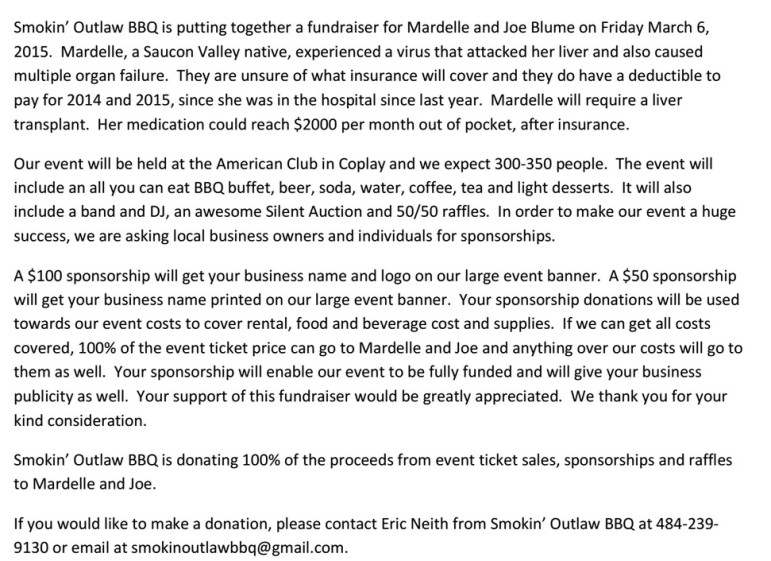