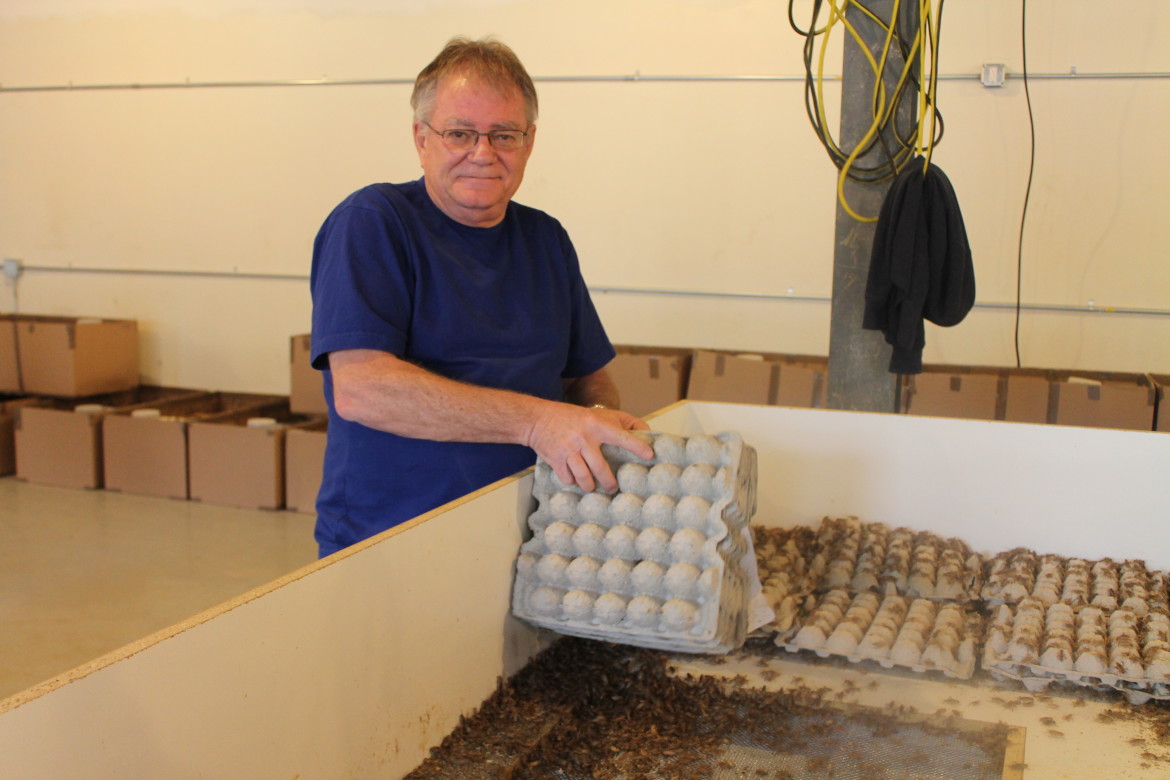 The Bug Company recently set up shop in the former Lower Saucon Elementary School building on Wassergass Road east of Hellertown but they aren’t manufacturing listening devices–they’re using their new facility to raise live insects for food! The menu includes insects such as crickets, mealworms and fruit flies for the live food market it serves.

I recently had the opportunity to sit down with The Bug Co. owner and insect guru, Gordon “Gordy” Vadis to find out just what they do and why they do it. The newly-renovated building, which has been drawing attention from curious local residents since construction began last year, had served Hellertown for decades as an elementary school after opening in 1959. The school closed in the late 1990s and has sat vacant until The Bug Co. purchased it in 2013.

Vadis said the seemingly off-the-beaten-path location was a good fit due to the company’s large customer base in Pennsylvania, making Lower Saucon a convenient place to ship from.

Petsmart and Pet Supplies Plus are among the local pet supply stores that stock insects raised by the Bug Company.

Gordy Vadis got an early start in the live food and bait business. In fact, he was raised in it. His father was, beyond anything else, devoted to his business and the fishermen they served in Minnesota beginning in 1947.

Vadis explained that as a young boy he helped his father raise minnows for their bait business, and recalled that even then he was fascinated by insects.

“I want to raise bugs,” he remembered telling his father when he was asked what he wanted to be when he grew up. His father, not surprisingly, was skeptical of that idea. And when the elder Vadis informed his son that he could not, both, raise insects and grow up, Gordy’s response was to tell him, “Well then I guess I won’t grow up.”

But, grow up he did, and as an adult he was able to fulfill his dream of raising bugs for a living, evolving and significantly expanding the Bug Company in the process.

Today Vadis is known as “the Cricketeer” for his unparalleled knowledge about raising crickets, and the company’s insects and other products are distributed to about 400 different pet and birding/nature retailers of various sizes throughout the U.S. and Canada.

One of the company’s signature products has become the patented “BugBox!” cricket container, which was first introduced in 2002 and which Vadis called a “game-changer” for the Bug Company.

According to the company’s website, “BugBox! Crickets are a pre-packed system that creates a more convenient, neat and cost-effective way to buy and sell feeder crickets. BugBox! packages are made of breathable, earth-friendly fiberboard that eliminate the moisture found in plastic containers.”

“To raise a few insects is simple–to raise a million takes ‘the touch,'” Vadis said, adding that price, quality and service form the foundation of the company’s mission to serve its customers’ needs.

He also emphasized the environmental sustainability of his business, noting that while it takes 20 gallons of food and water to produce one pound of beef, it takes less than one gallon to produce a pound of insects. He hopes to share his passion in years to come by helping to make insects a sustainable food source for people.

The Bug Company has hired a number of area residents to work at its new facility in Lower Saucon Township, and Vadis said the new employees are now part of a family.

“People we hire, we don’t hire to work–we hire to care,” he said.

Although the Bug Company is still growing, there are no current plans to open additional satellite facilities, Vadis confirmed.

For more information about The Bug Company, visit the company’s website.

Note: Editor Josh Popichak contributed to this story. All photos are by Lindsay Conard. 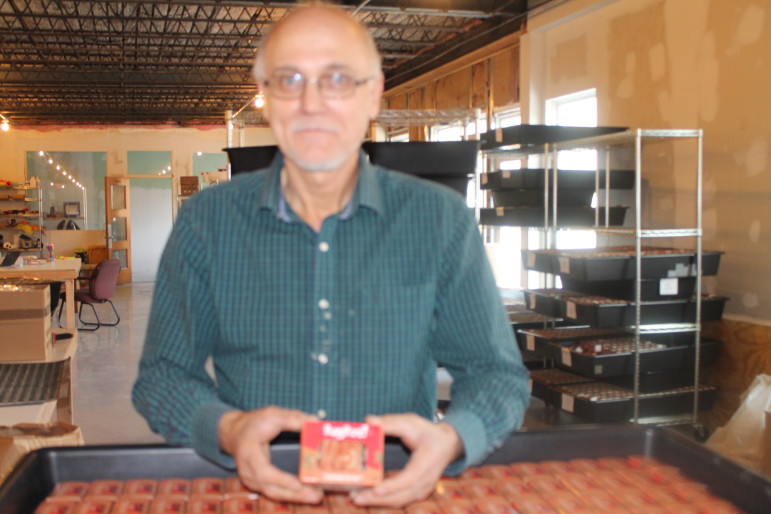 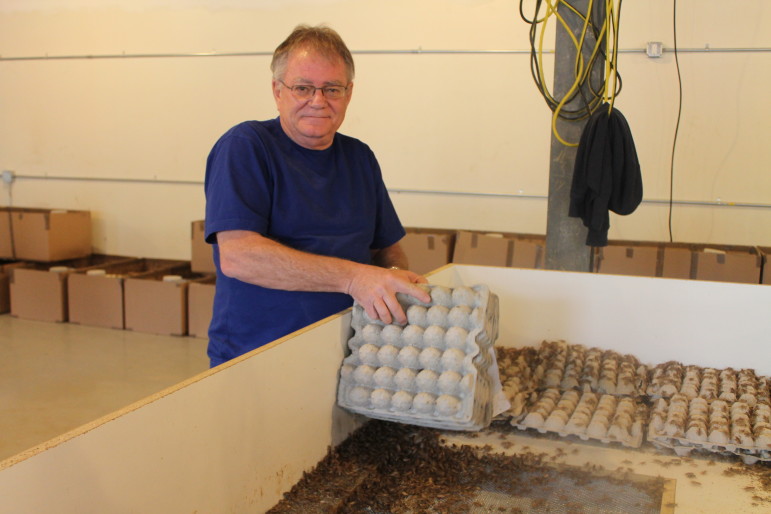 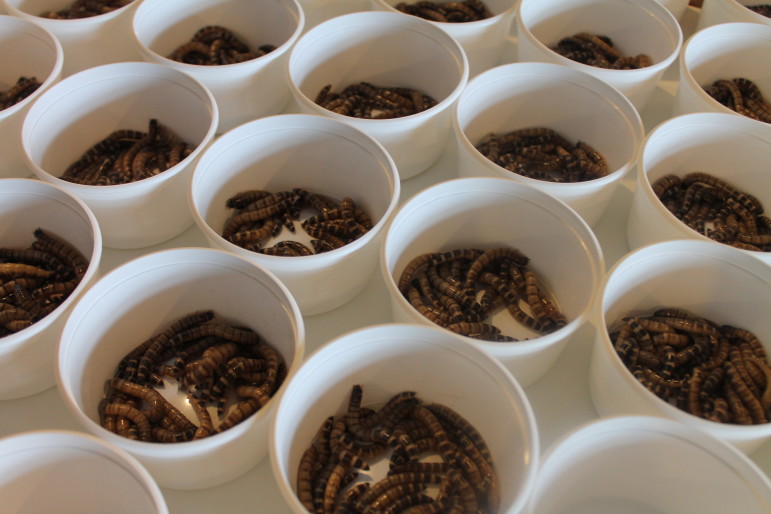 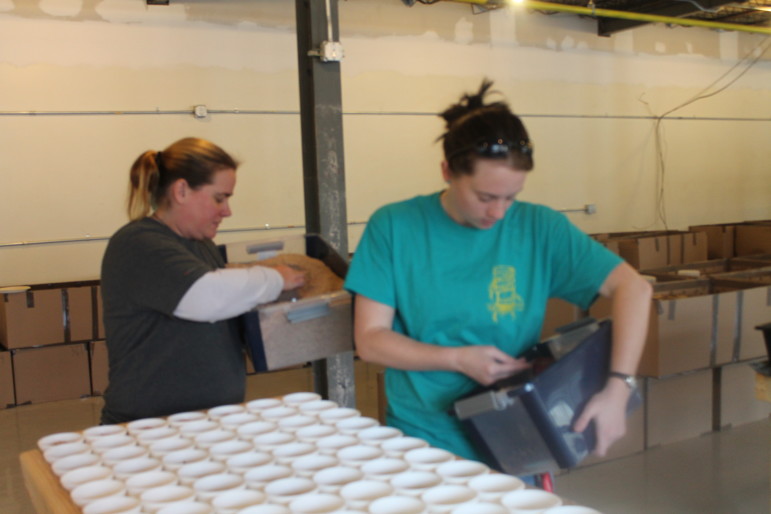 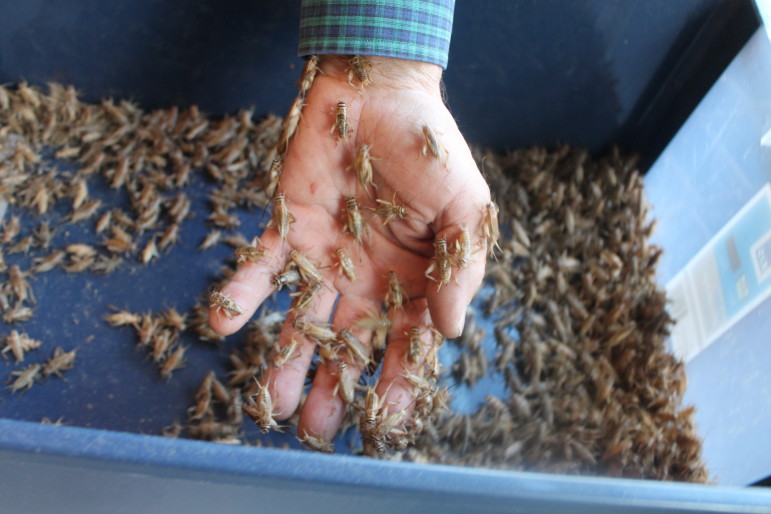 About the author: Lindsay Conard is a a lifelong resident of Lower Saucon, a mom and a dance instructor.