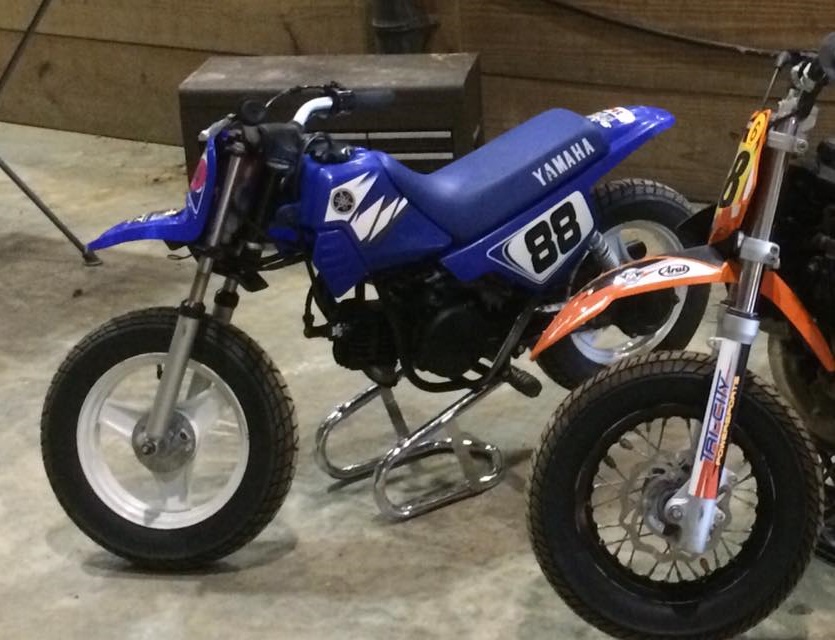 The bike stolen from the Pfanders family was ridden by Bradon Pfanders, 7, in a national championship race in Illinois in July.

The parents of a boy whose championship dirt bike was stolen from a locked trailer on their Lower Saucon Township property are asking the public for help locating it. 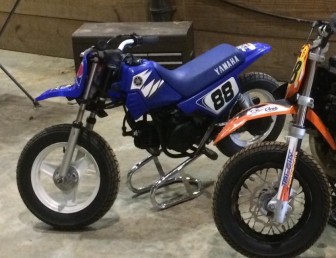 The bike stolen from the Pfanders family was ridden by Bradon Pfanders, 7, in a national championship race in Illinois in July.

Michele and Rich Pfanders posted a photo of the Yamaha PW50 on Facebook Thursday, and asked that it be returned to their seven-year-old son, Bradon.

“This bike is his national championship bike and we would like it back,” Rich said. “This bike has a lot of memories.”

Bradon rode it in the national championship race he won in Illinois in July, Michele said.

The theft was reported to township police, according to Michele, who said thieves cut a latch on the trailer to gain access to it.

The bike is described as a 2006 model with a small tear in its seat, Pirelli SL26 scooter tires and no front brakes.

Anyone with information about it can contact the Lower Saucon Township Police Department at 610-317-6110.

As of Thursday night more than 50 people had shared Rich Pfanders’ Facebook post about the missing bike.