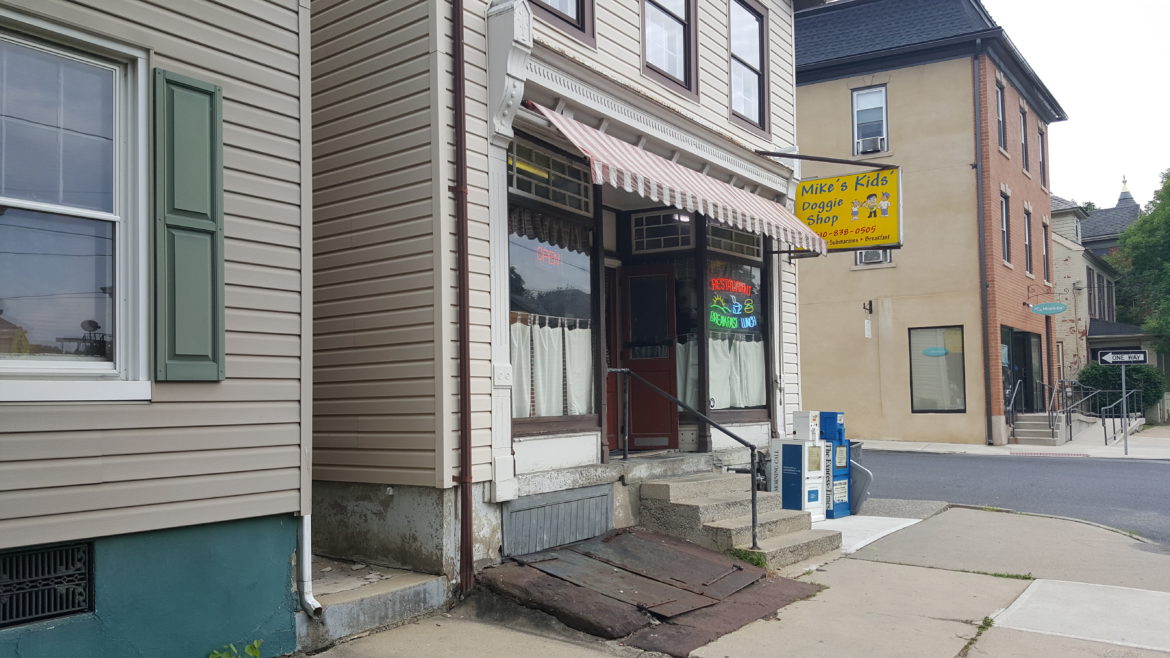 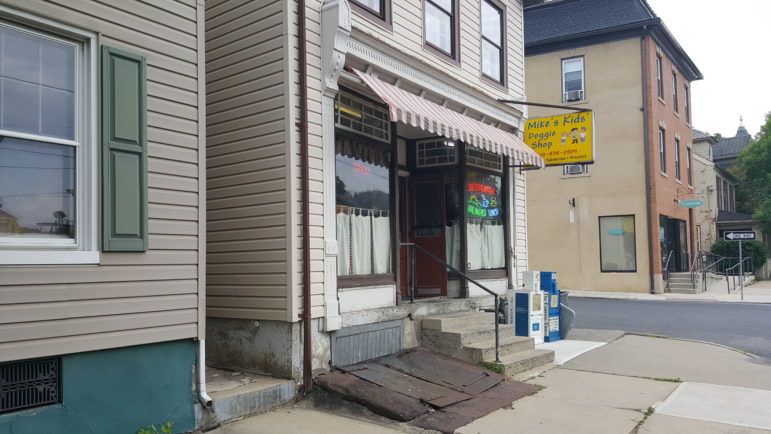 A landmark breakfast and lunch eatery in downtown Hellertown would like to improve its appearance with a facade grant, and one of its owners appeared before the borough’s planning commission Tuesday to explain what renovations she would like to make with an award.

Janice Repnyek–who co-owns Mike’s Kids Doggie Shop with her brother–and friend Lanita Lum told commission members the restaurant’s faded awning would be replaced, and parts of the building not covered by siding would be repainted.

“It’s in need of it, not just because of age, but because of the cars going by,” Lum said of the red and white awning.

She said the existing awning hardware on the building would be reused and a new cloth covering installed.

The new awning will better match the Mike’s Kids sign, and will be attractive and in keeping with the historic appearance of the building, she said.

Repnyek said she is not sure about paint colors yet, but is considering a tan color for some of the wood sections of the facade.

The Bilco basement doors near the front entrance would also be repaired using grant money, commission members were told.

The project was assigned a score of 81 on the scale used by commission members to grade facade grant applications, and will next have to be approved by Hellertown Borough Council. Once a funding allocation is granted, there is three-month period of time during which the improvements can be made.

Mike’s Kids Doggie Shop is located at 501 Main St., at the corner of Main and Durham streets.

Repnyek explained that she and her brother, Michael Campanella, inherited the business from their father.

The application she submitted is a second-round application, since there was already a disbursement of funding for several facade projects earlier this year. 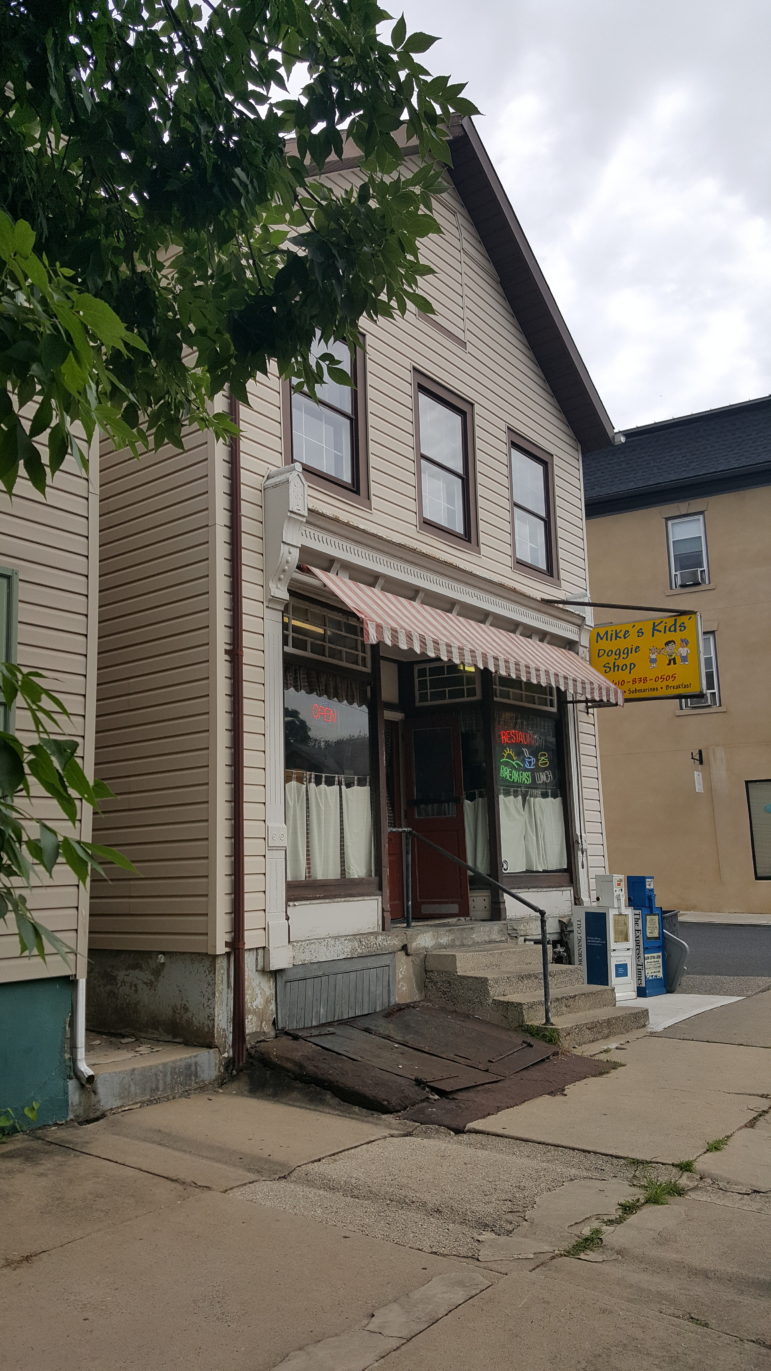 Mike’s Kids Doggie Shop owner Janice Repynek told the Hellertown Planning Commission she wants to replace the awning on the front of her building and paint the parts of it not covered by siding. Bilco doors would also be repaired.