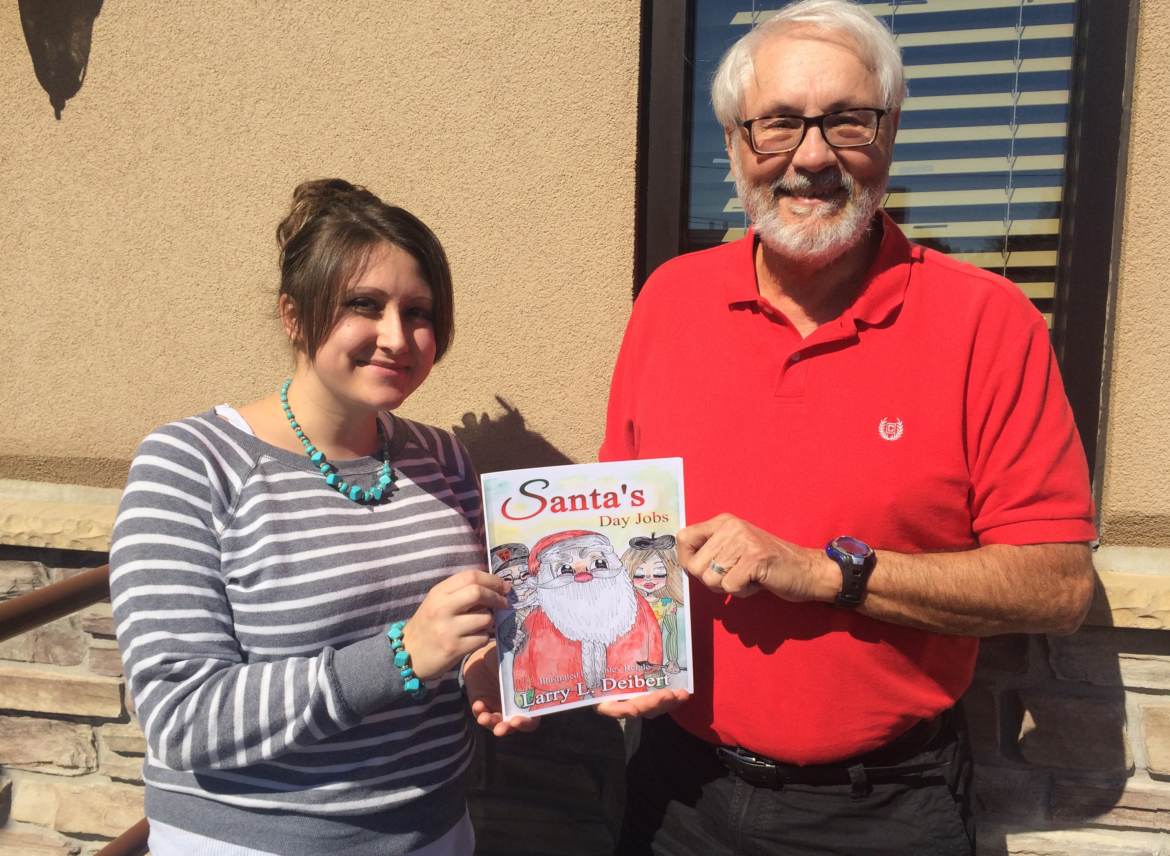 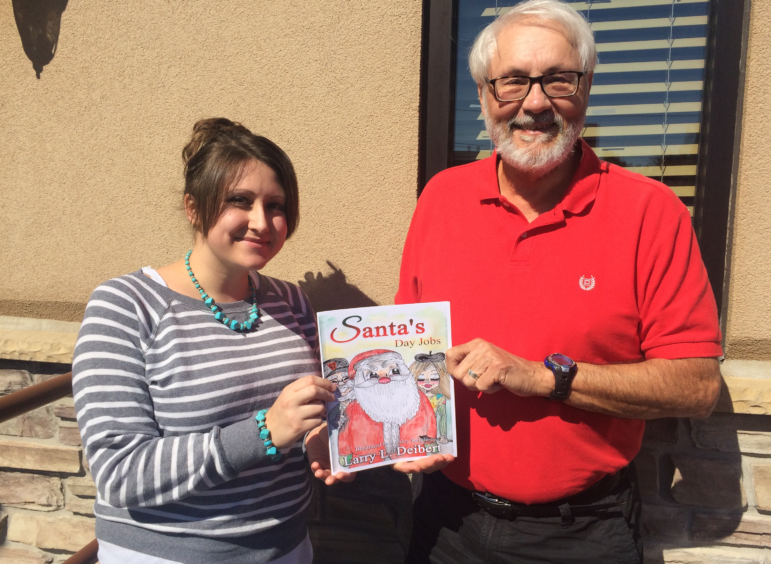 Hellertown area author Larry Deibert has made a name for himself in recent years as the author of self-published novellas, several of which delve into topics related to the paranormal and even past lives. But he’s done a 180 degree turnabout with his latest work of fiction: an illustrated children’s book called Santa’s Day Jobs, which was inspired by his work as a letter carrier for the United States Postal Service.

One day shortly before Christmas last year, he was delivering mail part-time in a local hospital when a little girl looked at him and exclaimed excitedly, “Santa!”

“I just smiled and nodded,” Deibert recalled. “She was the seed.”

Santa’s Day Jobs was published this fall and is illustrated by freelance artist Ashley Reigle of Center Valley, who was introduced to Deibert by a mutual friend and created charming illustrations to accompany Deibert’s one-page stories, which in addition to “Letter Carrier Santa” include “Baseball Catcher Santa,” “Teacher Santa,” “Chef Santa” and “Farmer Santa,” just to name a few.

In addition to being a storybook, Santa’s Day Jobs is also a coloring book, with 15 black and white drawings for kids to color in. Accompanying those drawings are brief descriptions of Santas moonlighting in other professions provided by school-age children, including members of Karen Scheuer’s second grade class (2015-2016) at Churchville Elementary School in Bucks County.

Reigle, who is a mother of two girls, said her work on the book was her first major illustration project, and one she enjoyed working on.

“It couldn’t have been a better concept,” she said. “I was really excited about it.”

“In the pictures, I tried to put little things throughout that the kids could find,” she added.

Deibert called his latest effort “a labor of love,” and one he hopes local families will enjoy together this holiday season.

In addition to Santa’s Day Jobs, Deibert is also the author of The Christmas City Vampire; Combat Boots dainty feet-Finding Love in Vietnam; The Other Side of the Ridge-Gettysburg, June 27th, 2013 to July 2nd, 2013; Fathoms; From Darkness to Light; Family; and The Life of Riley.

With his wife, Peggy, he often travels to visit new places and has gained inspiration for his writing in the process, for example during his visits to North Carolina.

Reigle is originally from Illinois and is married to Timothy, who’s a funeral director in the area.

Santa’s Day Jobs–along with Deibert’s other titles–is available for purchase on Amazon.com, where it has already received a five-star review from a customer.

“It is excellent for children,” wrote review Johnny LaSchenz. “It gives the children an understanding of various jobs. The children can also color the drawings in the book. I am sure the children who are receiving these books will enjoy them…”

For updates about Deibert’s future works and upcoming events, or to contact him about purchasing Santa’s Day Jobs, be sure to visit/like his Facebook page.