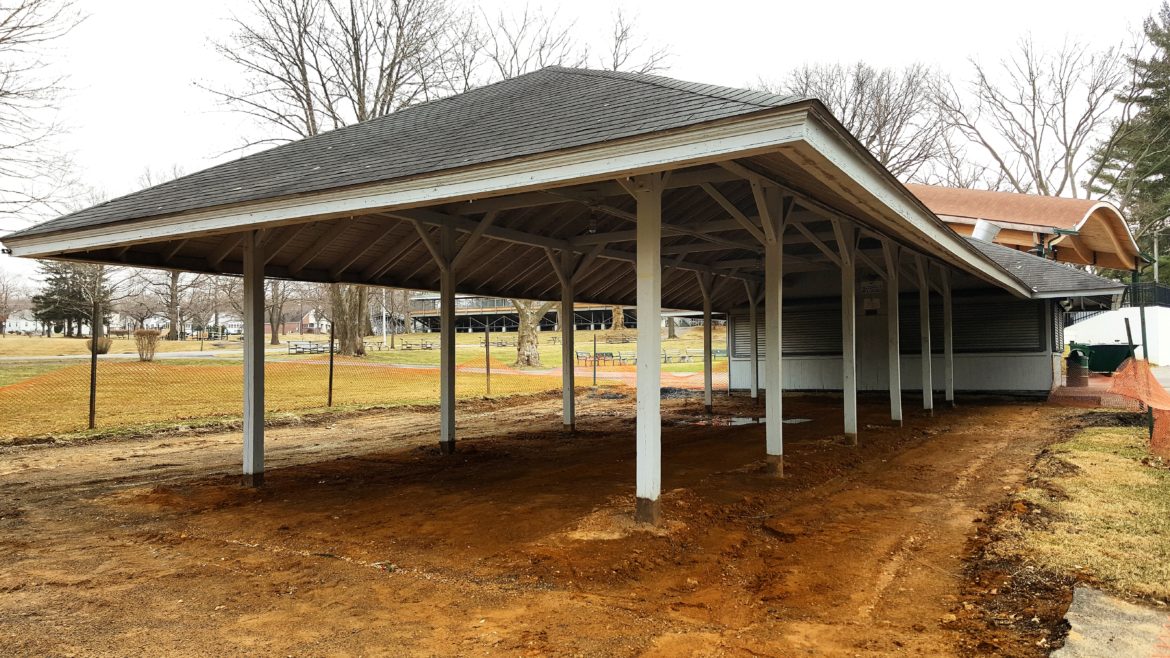 The pavilion at Dimmick Park in Hellertown is heavily used for gatherings and at events held during the summer months. It is currently being renovated. 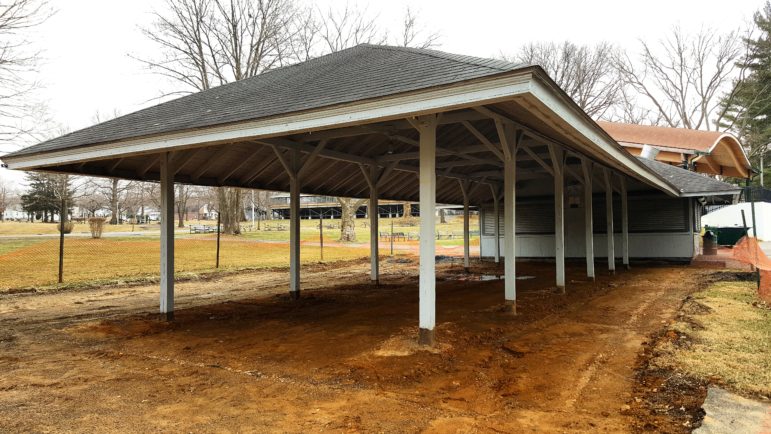 The large pavilion at Dimmick Park in Hellertown is heavily used for gatherings and at events held during the summer months. It is currently being renovated.

The historic pavilion in Hellertown’s Dimmick Park has long been identifiable at night by the yellow incandescent bulbs that outline the perimeter of its roofline.

As part of ongoing renovations to the pavilion, however, that lighting will be changed to something more modern and cost-efficient, borough council decided Tuesday.

Licensed electrician Don Werkheiser recommended to council that the current nearly obsolete lighting–which may be as old as the pavilion itself–be replaced with flexible LED rope lighting.

“These lights can do many different things,” Werkheiser said. “They can change colors. They can flash. They can fade. They can be dimmed. There’s endless things you can do with them.”

In addition to being versatile and economical, the type of lighting he recommended is also the most resistant to vandalism, he added.

The cost estimate for the new lighting is a little less than $1,500, and borough manager Cathy Hartranft said money for it could come from a grant or from the borough’s capital fund under park improvements.

The installation of the lighting will be performed by public works employees and Werkheiser.

Council approved a motion to purchase it by a vote of 6-0.