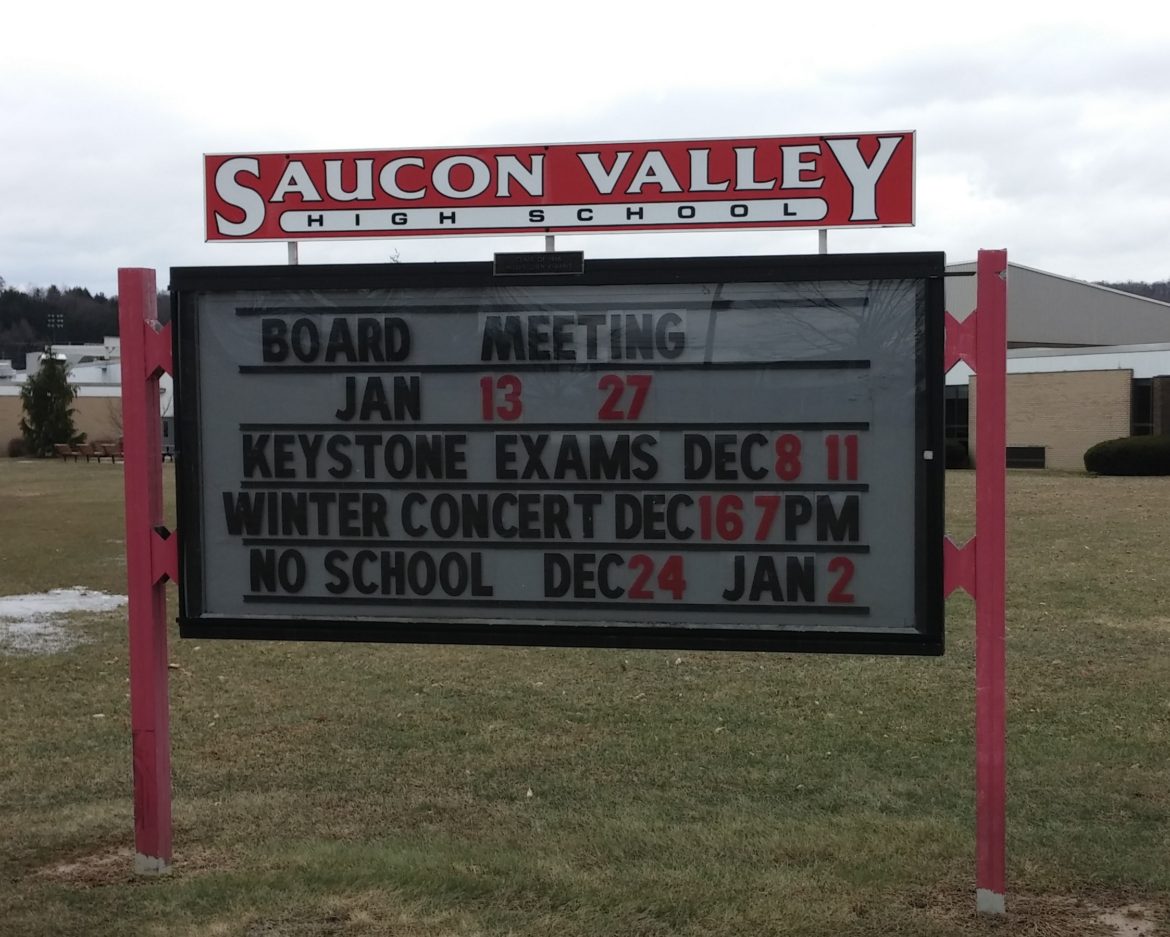 U.S. News & World Report has released its annual rankings of the best high schools nationwide, and Saucon Valley High School is one of three in the Lehigh Valley to make the cut.

SVHS is ranked #106 out of 686 high schools in Pennsylvania and received a Bronze Award as a nationally recognized school.

“Schools are ranked based on their performance on state-required tests and how well they prepare students for college,” according to the magazine, which ranked Julia R. Masterman Secondary School in Philadelphia as the best in the state.

U.S. News & World Report says 19 percent of Saucon Valley High School students participate in Advanced Placement (AP) exams after being enrolled in coursework, with an 83 percent exam pass rate and an 89 percent participant passing rate. The later statistic refers to the percentage of test-takers who passed at least one exam.

The school, with a total enrollment of 767 students, has a 92 percent graduation rate and a 13:1 student-to-teacher ratio, with 57 full-time teachers.

Eighty-seven percent of students are considered to be proficient or advanced in mathematics, according to testing, and 86 percent are considered proficient or advanced in English. These numbers are higher than the state averages, which are 70 percent and 60 percent for math and English, respectively. Proficiency is determined by student results on the school’s Keystone End-of-Course Exams.

For more information about the report on Saucon Valley, visit the school ranking page on the magazine’s website: https://www.usnews.com/education/best-high-schools/pennsylvania/districts/saucon-valley-sd/saucon-valley-senior-high-school-17014.

Whitehall High School was ranked closely behind Saucon Valley on the list, at #110. Wilson Area High School had the highest ranking among local schools, at #51.