A hit Netflix series was the subject of an email to parents and guardians by Saucon Valley School District superintendent Monica McHale-Small Thursday. 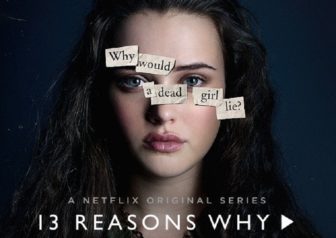 13 Reasons Why is a hit Netflix series about a teenager’s suicide.

The show, 13 Reasons Why, has generated controversy and been denounced by some educators and experts for the manner in which it posthumously dramatizes the suicide of a teenage girl.

The Atlantic Monthly reported Thursday that “the positive buzz around the show has been engulfed in recent days by charges that the show glamorizes suicide: that its graphic portrayal of Hannah Baker’s death is fundamentally irresponsible and could contribute to a contagion effect that leads vulnerable teens—the show’s primary demographic—to end their lives.”

There has been such a firestorm of criticism over 13 Reasons Why, in fact, that Netflix has added viewer advisories and a warning card at the start of the first episode, The Atlantic story indicated.

“The content is very unsettling and may be difficult for children to experience, especially those who are struggling with loss or social or emotional issues,” McHale-Small wrote. “While the intent of the series is to bring awareness of the struggles of teens in today’s world, children who are already struggling may have difficulty processing the information. Please know that our counselors and psychologists are available to you and to your children and can provide referrals and resources if needed.”

McHale-Small shared a link in her email to the website for the American Foundation for Suicide Prevention, where she said resources and information can be found.

School counselors confirmed that as of Thursday “no student discussions or distress (caused by the show) has been brought to their attention,” she stated.

Other school district superintendents in the area have also reportedly addressed the topic of the show with parents who may be concerned about how viewing it could affect their children.

What do you think of the show and the school district’s reaction to it? Tell us in a comment.