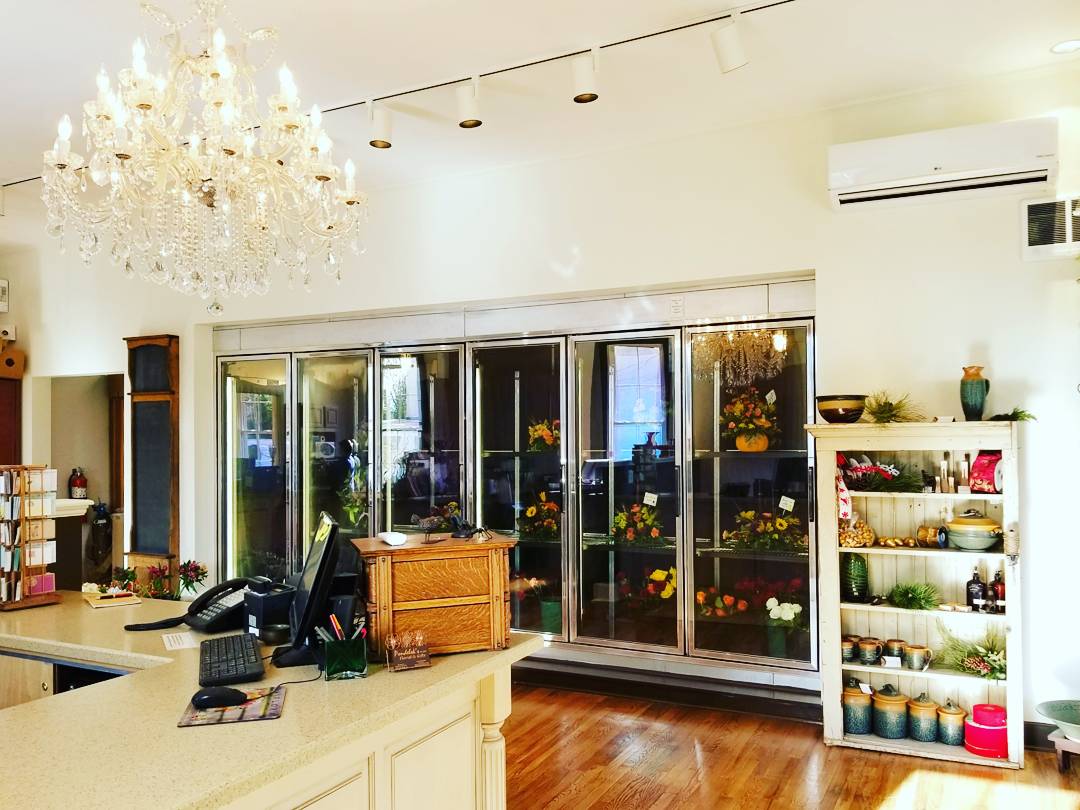 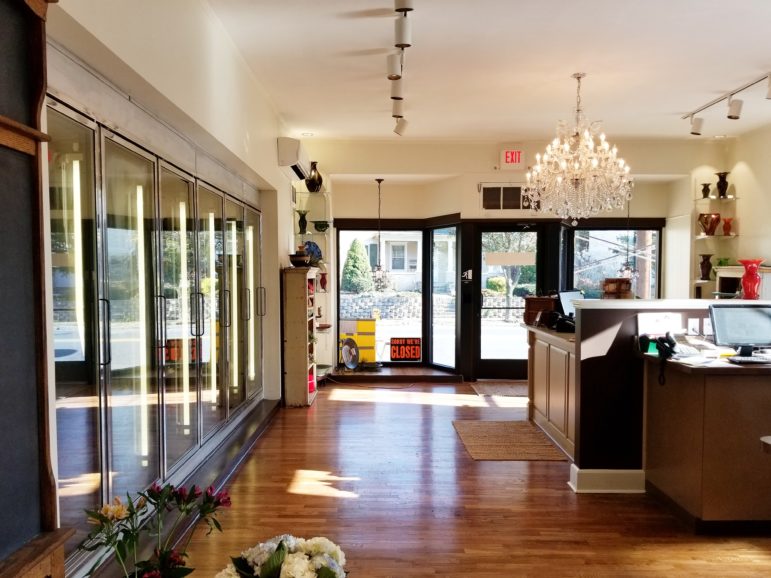 A historic Hellertown business has relocated to a landmark building on the Main Street corridor–a former one-room schoolhouse that had been vacant for years.

Pondelek’s Florist & Gifts owner Jackie Bodor said the borough flower shop that’s been in business since 1942 is now open for business in its new location at 202 Main Street.

Finishing touches including a new custom sign were being installed on the exterior of the circa 1870 building Tuesday, as Bodor and her staff settled into the space.

Pondelek’s was formerly located at 1310 Main Street, and was originally located on Easton Road.

Bodor said that after she decided to move she looked at potential new locations in Bethlehem, but ultimately decided she didn’t want to leave Hellertown, especially given the business’s long history in the borough.

Much of the furniture and fixtures from Pondelek’s previous location have been brought to the new store, where a more limited assortment of gifts are available for purchase in addition to a huge variety of floral arrangements for all occasions.

“We’re going back to our roots as a flower shop,” Bodor said.

She explained that competition from large online retailers such as Amazon.com is the reason she decided to–by and large–exit the gift shop business.

In terms of the renovations that were made to the building, Bodor said not much wasn’t touched by the workers who have labored daily at the site since August.

Windows were falling out of their frames and “all the wood on the outside was rotten,” she said, referring to the building’s clapboard siding, which has been replaced by an EIFS (Exterior Insulation Finish Systems) system that mimics the look of stucco.

The exterior color is a burgundy that pays homage to the color of the original clapboards, and Bodor said she’s already received quite a few compliments about it.

“They’re so happy that someone rescued the building and that it didn’t get knocked down,” she said.

Inside, the building’s original hardwood floors have been refinished and the entire space has been repainted according to a light and airy color scheme.

Bodor said she herself lives in a late eighteenth century home and has always been drawn to historic buildings in general, and the former schoolhouse in particular.

She credited CMG (Construction Management Services) of Easton for their skilled workmanship in renovating the building over a period of about three months.

“CMG has been wonderful to work with,” she said.

The building’s upstairs or loft area has been updated and is still stocked with some items that weren’t sold during a clearance sale at the 1310 Main Street location.

Bodor said customers are invited to come take a look at them and make an offer if they see something they are interested in.

There is a new parking area located behind the building as well as on-street parking along the side of it. 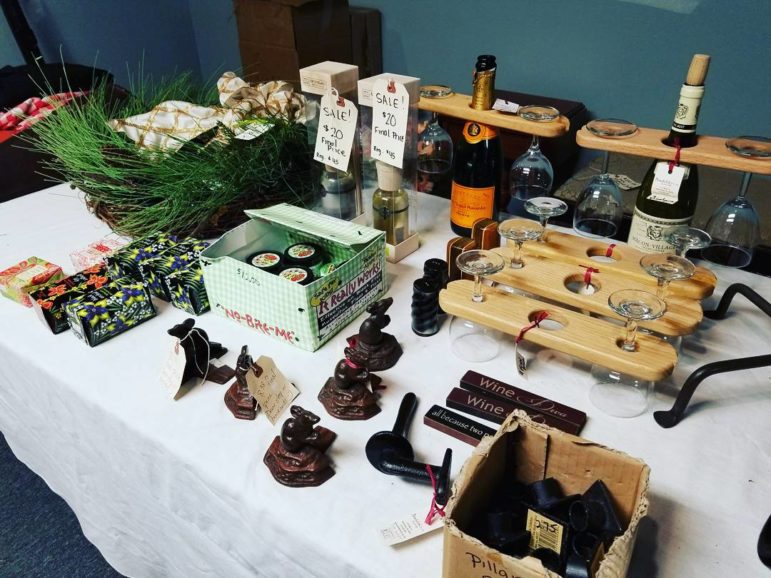 Clearance items for sale in the loft at Pondelek’s, 202 Main St., Hellertown. 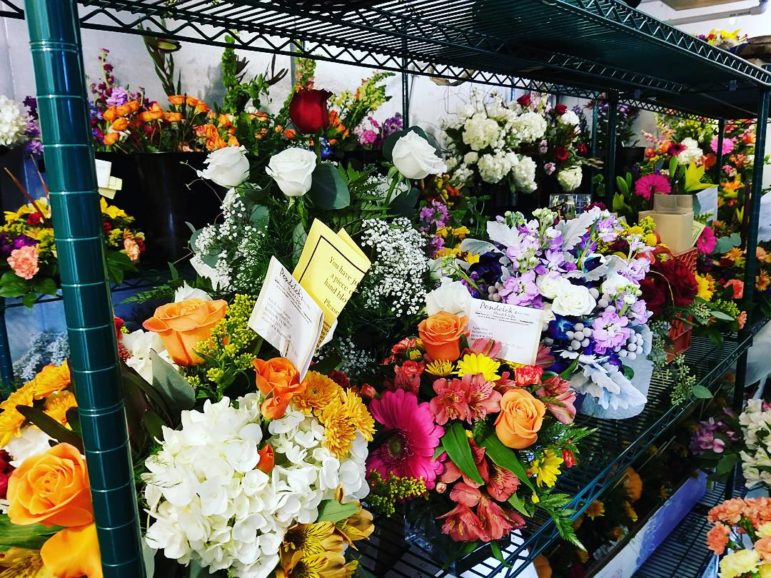 Pondelek’s walk-in cooler was moved from 1310 Main Street to the business’s new location at 202 Main Street, where it was encased in an addition. 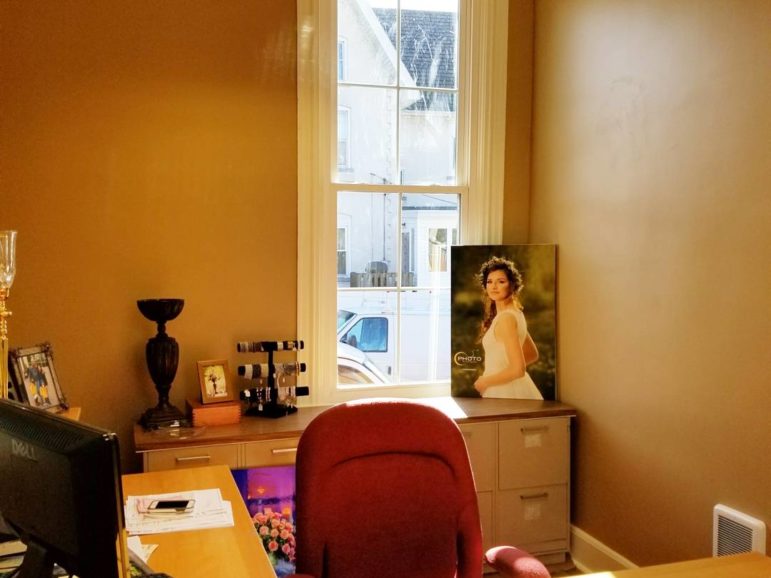 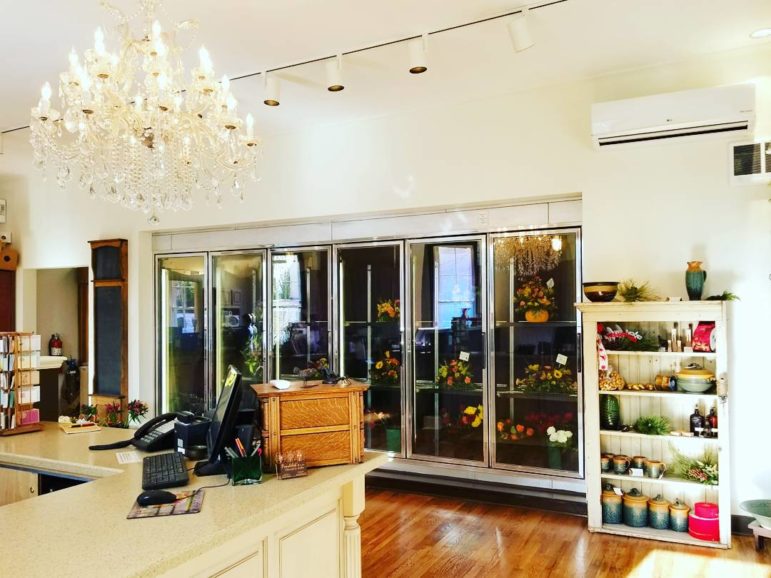 The original walk-in cooler is located along one wall of the new store. High above, a crystal chandelier that will be familiar to most longtime Pondelek’s shoppers has been reinstalled in the new building. 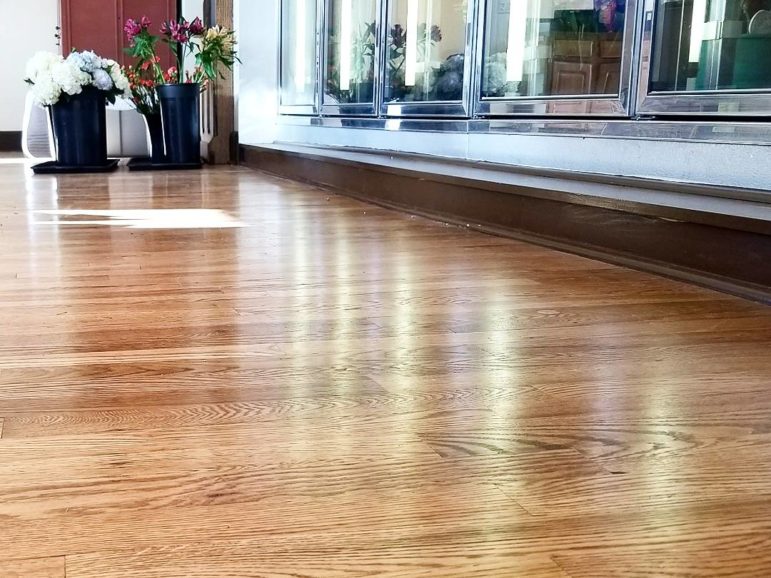 Bodor said the building’s beautiful original hardwood floors were covered by carpeting when she purchased 202 Main Street in July. 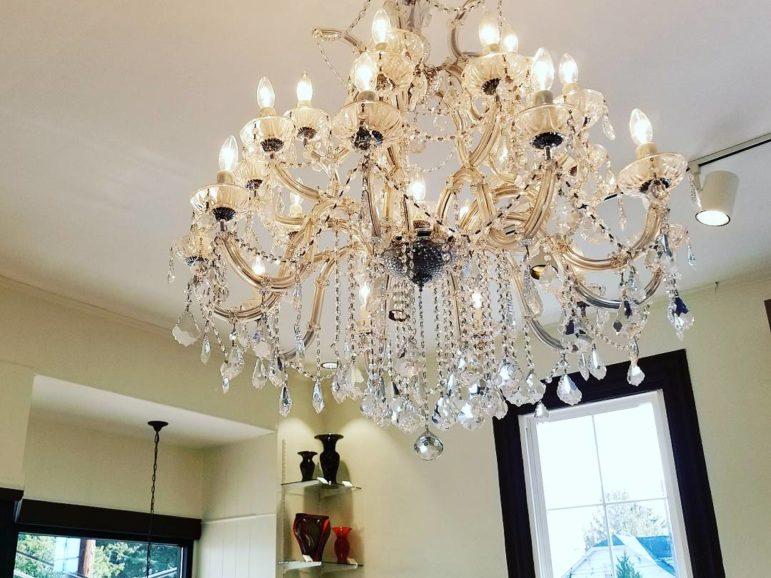 A large crystal chandelier is a focal point inside Pondelek’s. 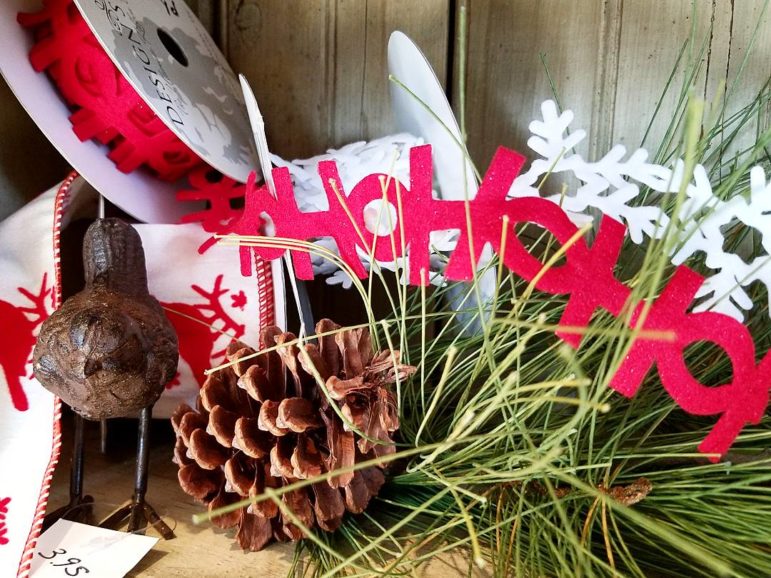 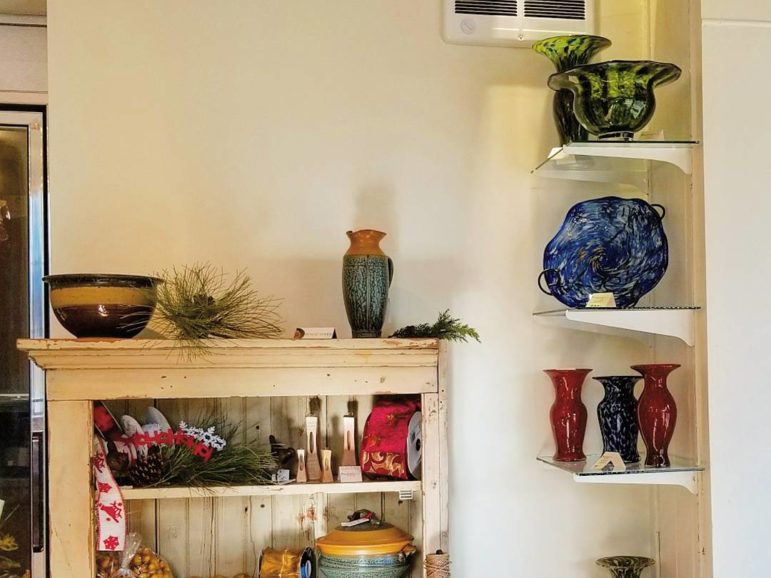 Signed, hand-blown glass objets d’art by a local artist are sold at Pondelek’s. 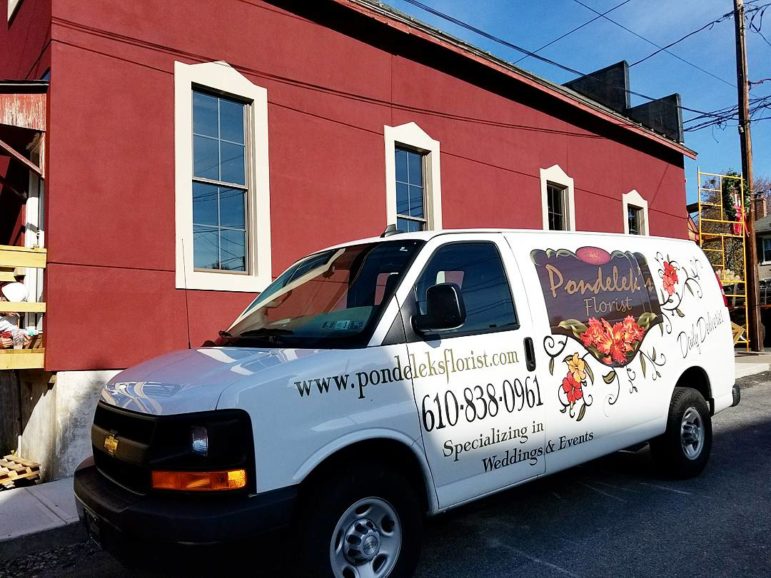 The clapboard siding that had deteriorated has been replaced with an EIFS system that mimics the look of stucco.