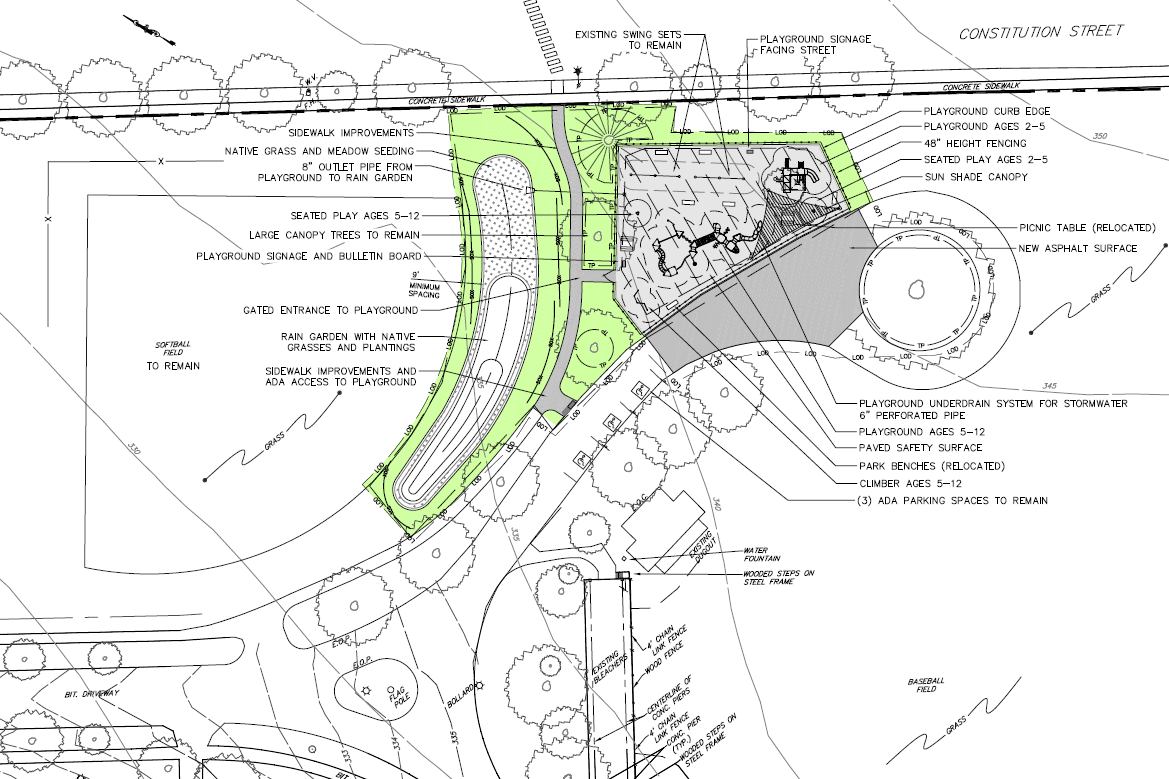 A popular Hellertown playground that had deteriorated will be improved in 2018, after the borough received grant money for upgrades to it.

Borough manager Cathy Hartranft announced at a council meeting earlier this month that the borough was successful in its application for a $155,000 PA Greenways grant to improve the Dimmick Park playground.

A site plan prepared by borough engineering firm Barry Isett & Associates that she shared (see below) includes the following proposed improvements to the playground, which is along the Constitution Avenue side of Dimmick Park:

Councilman Tom Rieger said the current playground was determined to be deficient in terms of modern safety standards and has been closed/dismantled.

According to the borough’s October newsletter, “a recent inspection of the Dimmick Park tot lot…revealed significant deterioration of the decking in various locations. Due to the age of the structure, replacement parts are not available and there is no compliant way to repair the structure. For the safety of our children, we have closed the tot lot.”

The fencing around the new playground is designed help keep children safely within the play area, Rieger said.

In other business at the Dec. 4 meeting, Hartranft announced that the borough had received a $21,000 grant from Northampton County Open Space for the installation of signage directing people from the Saucon Rail Trail to nearby Main Street businesses, and vice versa.

Council also voted 6-1 to adopt the borough’s 2018 proposed budget, which includes $200,000 in funding for two borough police officers who were faced with losing their jobs due to the loss of casino gaming grants.

Hartranft explained in an email that the funding was restored in late October, when House Bill 271 was signed into law by Gov. Tom Wolf.

“The funding the Borough received was 1st and 2nd quarter gaming funds distributed to the Northampton County Gaming Authority, who then in turn made the funds available to the contiguous municipalities,” she said.

One mill equals $100 in taxes on a house assessed at $100,000, so the half mill increase would mean a $50 per year property tax increase for a borough homeowner whose property is assessed at that amount.

Councilman James Hill voted against the budget and the tax increase. 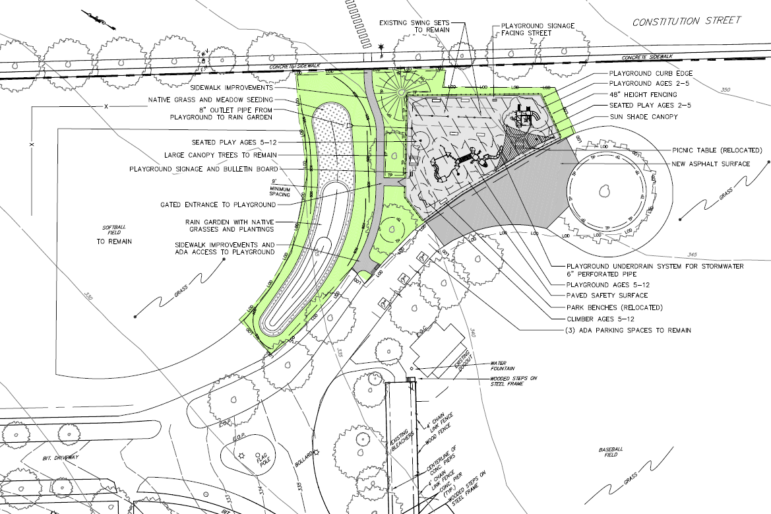