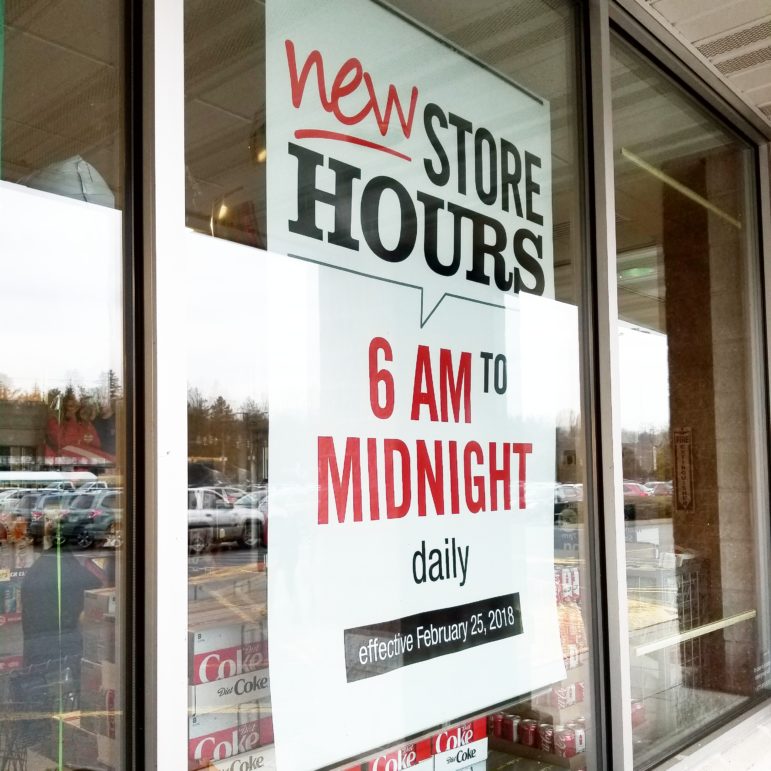 If you’re in the habit of running to the Giant Food Store in the Creekside Marketplace shopping center for groceries and other items in the middle of the night, you’ll soon have to change your routine or shop at another store.

Beginning Sunday, Feb. 25, the supermarket at 1880 Leithsville Road in Lower Saucon Township will no longer be open 24 hours a day.

Instead, the store will close at midnight and reopen at 6 a.m., daily, according to large paper signs which now hang in the vestibule windows.

The store–which opened in 2002 and anchors the shopping center just south of the borough–is the only major supermarket in the Hellertown area.

Plans were recently announced to add a beer and wine section to the store.

Will Giant’s reduced hours affect your grocery shopping? Tell us in a comment.