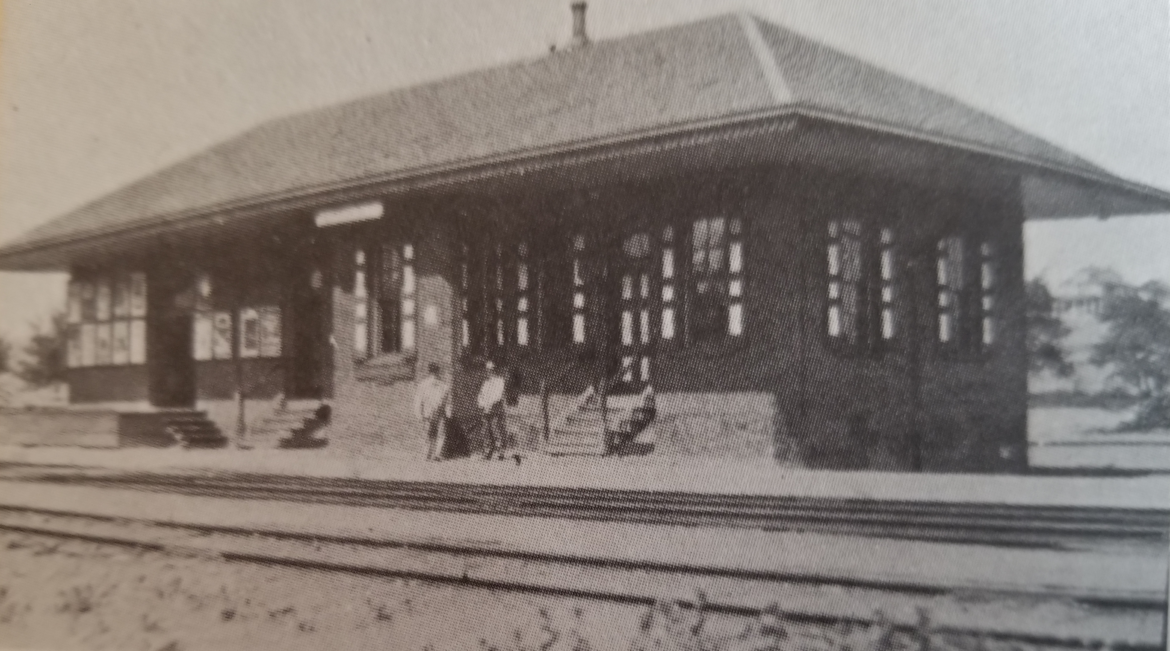 The Hellertown train station, which stood near what is now the intersection of Depot and Front streets, was demolished some time after this historic photo was published in the borough's 1972 centennial booklet. (FILE PHOTO) 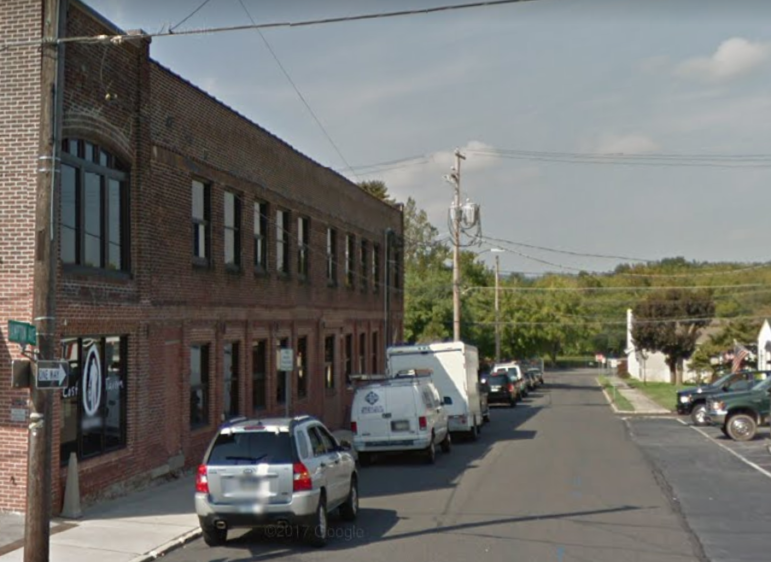 Today the only real reminder of what was once the planned Hellertown suburb of Hampton is a short borough street named Hampton Avenue. But more than 150 years ago, Hampton’s planners hoped their community’s proximity to a new railroad line would help to create a mini land boom just north of what was then the still-unincorporated community of Hellertown. It even seemed possible to them that the entire community could one day be called “Hampton.”

The following historical account of this period of growth is from “Hellertown, Pa. Centennial, 1872-1972.”

Construction of a railroad to connect Philadelphia with the Lehigh Valley was begun on June 16, 1853 by the North Pennsylvania Railroad Company. When the North Penn project was undertaken the mechanical equipment of modern day engineering such as power shovels, tractors and other labor saving devices were yet to be invented. Black powder was the chief explosive and the pick, hand shovel, dump wagon and wheelbarrow were still the equipment used in railroad construction. Thus it was not until Dec. 23, 1856, when the first train from Philadelphia ran through Hellertown to Shimersville, where it connected with the Lehigh Valley Railroad. The first regular passenger train ran from Philadelphia to Shimersville and Easton on Jan. 1, 1857, thereupon inaugurating two daily passenger trains over this route. On July 8th of the same year trackage was routed to South Bethlehem and trains were taken off the Shimersville branch. Residents of the Saucon Valley could now take the train to either Bethlehem or Philadelphia.

With the arrival of the railroad, Rudolphus Kent and others from Philadelphia purchased the Geissinger farm north of Hellertown (then the area of what is now Depot Street), laid it out in town lots, built a small frame railroad station on their tract, and called the new area Hampton. Their real estate enterprise proved a failure, only one house being built on it for many years. The station had originally been promised to the older and more established end of town on land owned by The Rev. Samuel Hess. A number of new buildings were erected in this older area inasmuch as the citizens took no interest in the newer enterprise that was to supplant the old name and place of Hellertown. Hampton was finally abandoned and the land was again resold to its original owner–at a loss to the investors. Later, in 1868, the small frame shanty used as a station-house was dismantled and a large, convenient brick building was erected which still stands.* Hampton Avenue and Depot Street were recipients of their names due to these railroad activities. …

*Note: The train station was still standing in 1972. Later demolished, it was located along Front Street, roughly where NAPA Auto Parts stands today. 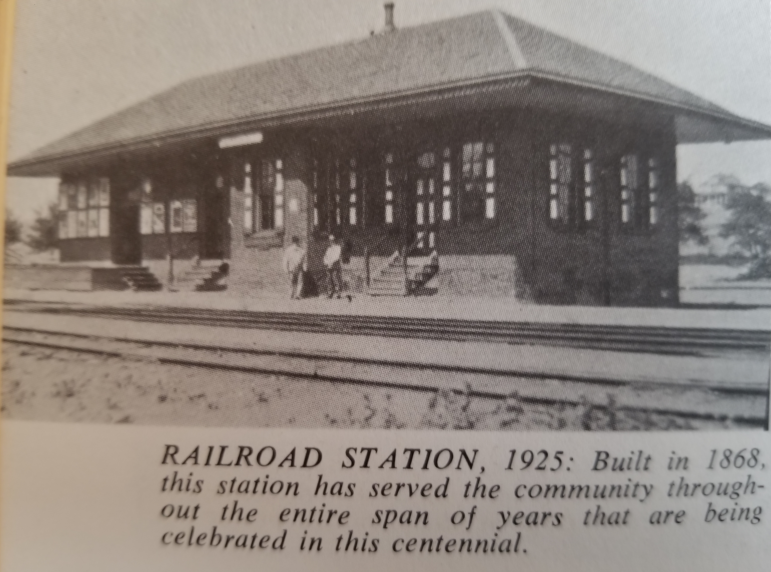 The Hellertown train station, which stood near what today is the intersection of Depot and Front streets, was demolished some time after this historic photo was published in the borough’s 1972 centennial booklet.