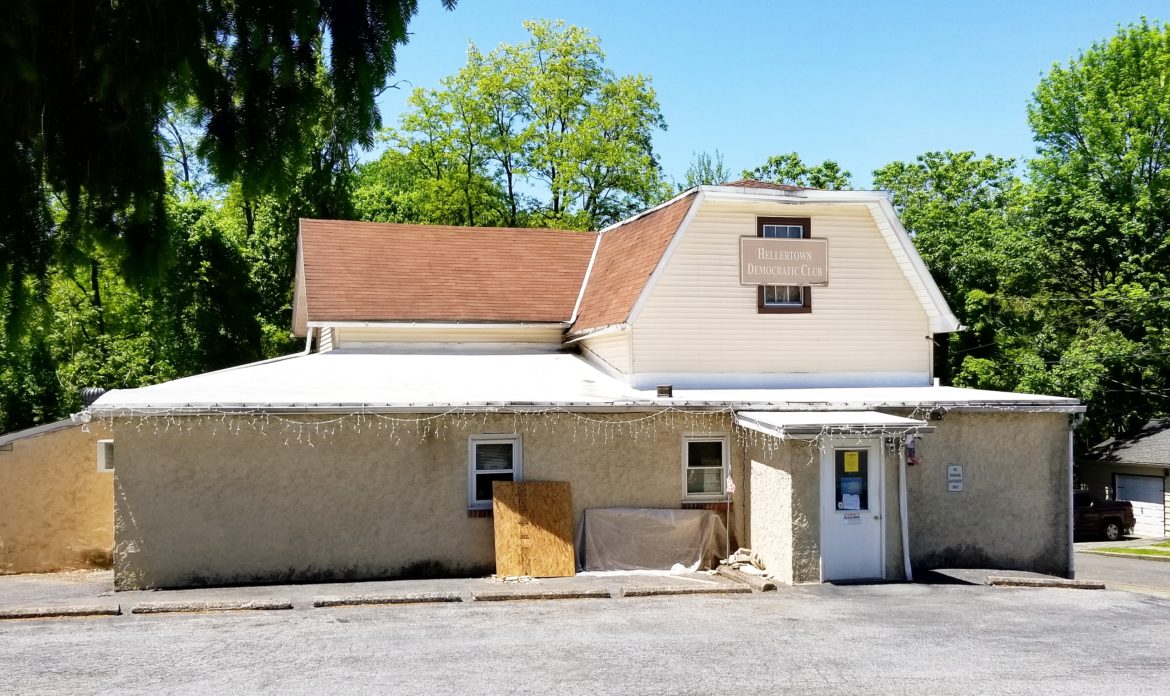 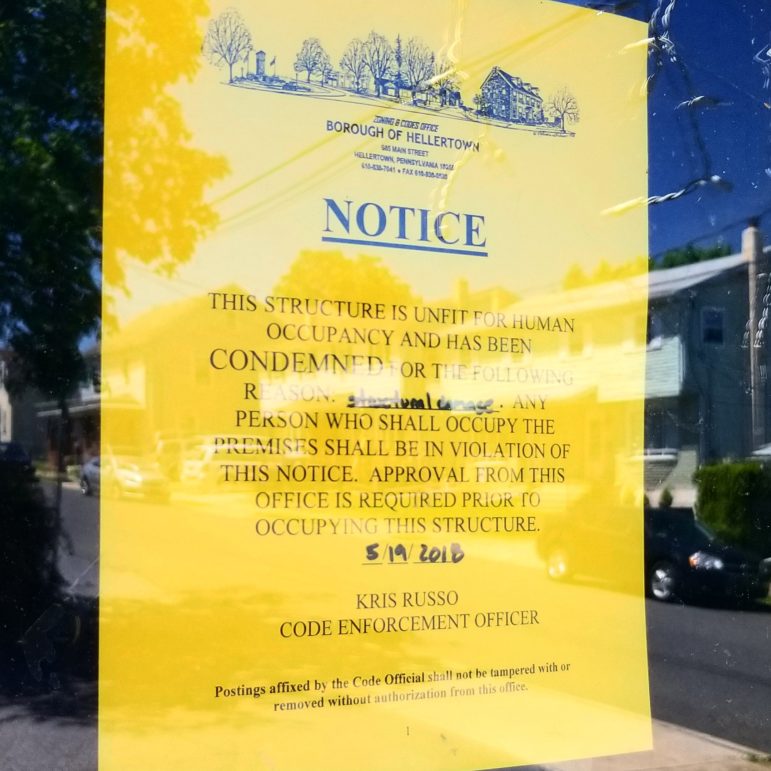 A notice of condemnation is posted on the door of the Hellertown Democratic Club following an accident Saturday in which a load-bearing wall was damaged when it was struck by a car.

UPDATE (May 24): The Hellertown Democratic Club is open again after an accident caused damage to a load-bearing wall. The club was closed for several days while repairs were made.

A popular social club and bar in Hellertown is closed until further notice under a notice of condemnation issued by the borough after a patron struck a load-bearing exterior wall while parking in its lot Saturday afternoon.

Hellertown Zoning and Codes Enforcement Officer Kris Russo said Monday that the wall that was damaged on the east side of the Hellertown Democratic Club at 110 W. Thomas Avenue is a load-bearing wall. 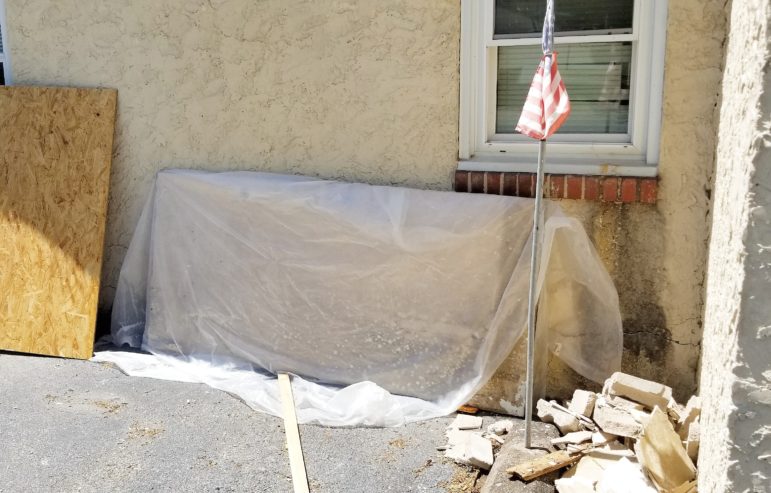 Damage from the car vs. building accident at the Hellertown Democratic Club is visible outside the club on Monday.

“Because the damage was on a bearing wall, the building was ordered to be vacated until the wall can be secured/repaired,” Russo said.

The accident occurred when “a patron accidentally drove over the bump stop and into the side of the building,” he added.

A pile of stucco that fell off the building when it was hit and a plastic sheet taped over a piece of wood covering the damaged area are visible from outside the building.

The Lower Saucon Sportsmen’s Association, 2389 Easton Road, Bethlehem, has publicly invited Hellertown Demo members to patronize their club until their club is able to reopen.

Card-holding members are invited to the LSSA as their guests, and must follow the rules of that club while they are patrons there.

Saucon Source has reached out to the Hellertown Democratic Club’s president for more information about the repairs that will be taking place, and whether there is a timeline available yet for the club’s reopening. 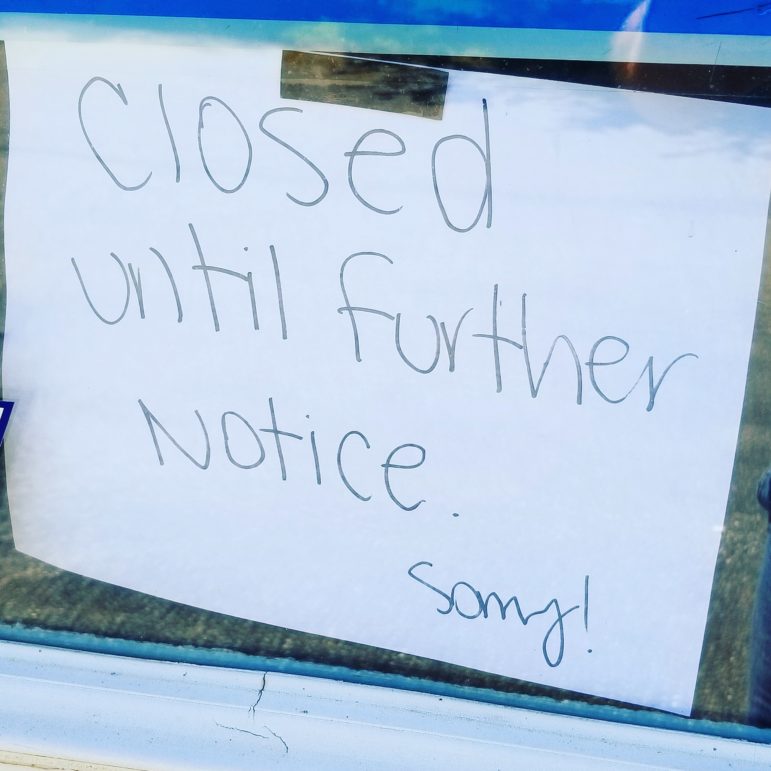 This sign is posted on the door of the club. 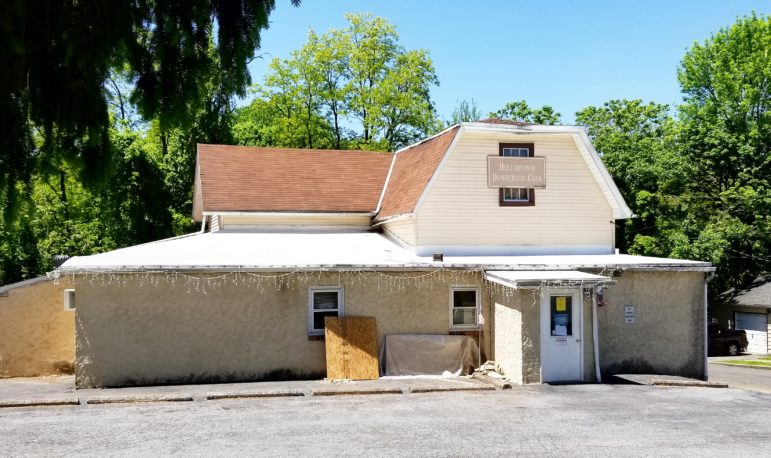