The West Nile virus has already been found this summer in mosquitoes in areas close to the Saucon Valley, according to the PA West Nile Virus Program, which monitors the spread of the disease.

West Nile-positive mosquitoes have been already recorded in every southeastern Pennsylvania county this year, with higher concentrations recorded in the southernmost counties near the Maryland border. 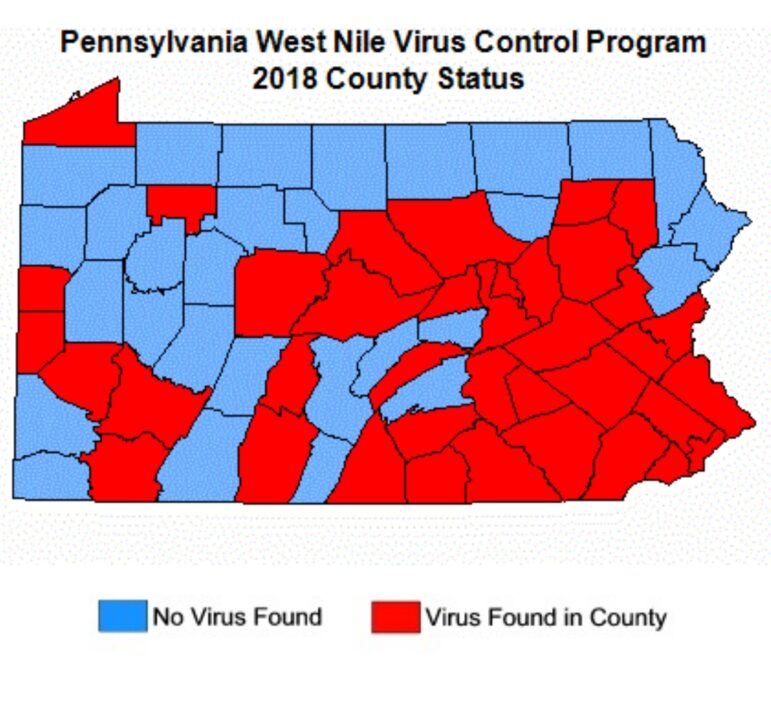 A map on the PA West Nile Virus Control Program website shows the spread of the virus within the Commonwealth as of July 14, 2018. The greatest concentration of mosquito-positive reports is in the southeastern part of the state, and particularly in the counties closest to the Maryland border, where York County has already reported more than 40 mosquitoes positive for West Nile.

No human cases of West Nile virus have been reported in the state as of July 14.

In 2017 a total of 20 human cases of West Nile virus were reported in Pennsylvania, including one case in Northampton County and one case in Lehigh County, according to historical data from the PA West Nile Virus Control Program

The virus was found in a mosquito in Lower Saucon Township in late August 2017.

The virus can cause a variety of symptoms in humans, including headache, body aches, joint pains, vomiting, diarrhea and rash, although most infected people (about 80 percent) do not develop any symptoms, according to the U.S. Centers for Disease Control.