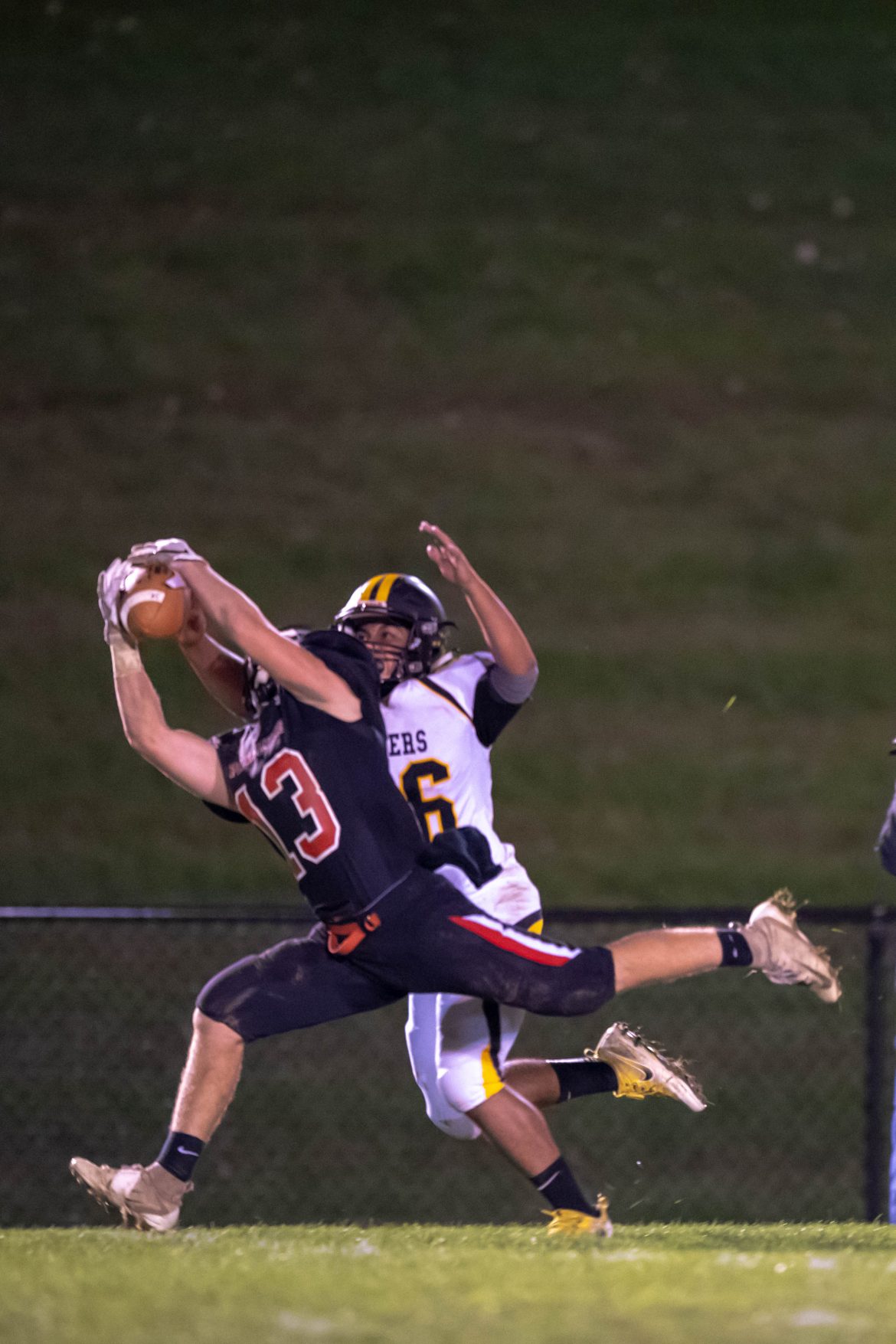 Ryan Holub had a career day catching the football against the Tigers.

One week after a mercy-rule veictory over the winless Warriors of Wilson, Saucon Valley suffered a beatdown of their own at the hands of the Northwestern Lehigh Tigers.  The Panthers knew coming into this 2018 Homecoming matchup against Northwestern that they would have to play a near perfect game.  However, a continuous assortment of penalties, dropped balls and missed assignments prevented the Panthers from stepping up to overtake the Tigers.

Saucon won the coin-toss and elected to defer their option until the second half.  The Tigers, however, wasted no time putting points on the scoreboard.  It would take Northwestern only three plays to find the end-zone.  The Tigers’ quarterback, Deven Bollinger found Justin Rodda behind the Panther defense for a 29-yard touchdown pass.  Conner DeWit’s extra-point was good and only one minute into the game, the Panthers were down 7-0.

The Saucon Valley offense took the field but was forced to punt without registering a first-down.  The Panther defense stiffened and forced the Tigers to turn the ball over on downs.  Saucon got the ball back at their own 35-yardline and, over the course of eight plays, made their way down to the Tiger 4-yardline.  On 4th and goal, the Panthers decided to go for a touchdown but came away empty. 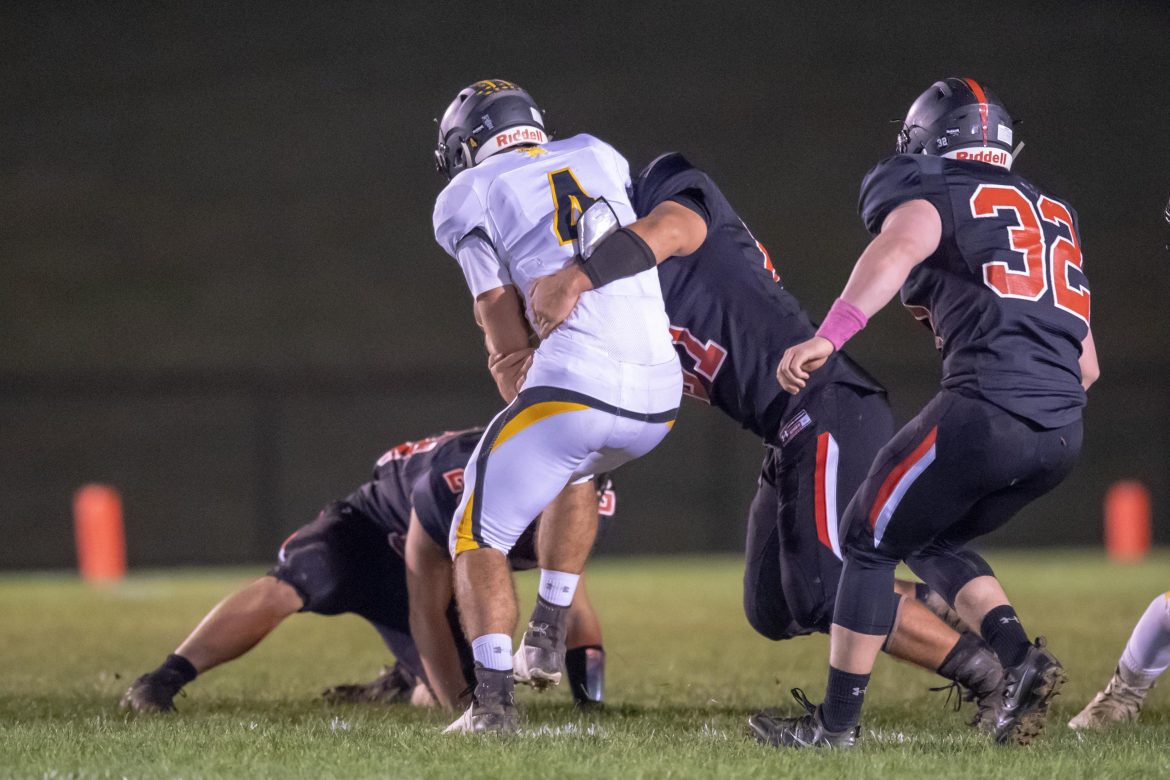 The Panther defense had a few bright sports against Northwestern Lehigh.

The Panther defense, once again held the Tigers and forced a punt.  Saucon took over at their own 25-yardline and, on the very first play of their series, popped a fullback trap right up the gut.  Christian “Mongo” Alling hit the play clean, bounced outside and raced untouched down the Tiger sideline and into the Panther end zone for a score.  Sean Cyphers connected on the PAT to tie the score 7-7 with under a minute remaining in the opening period. 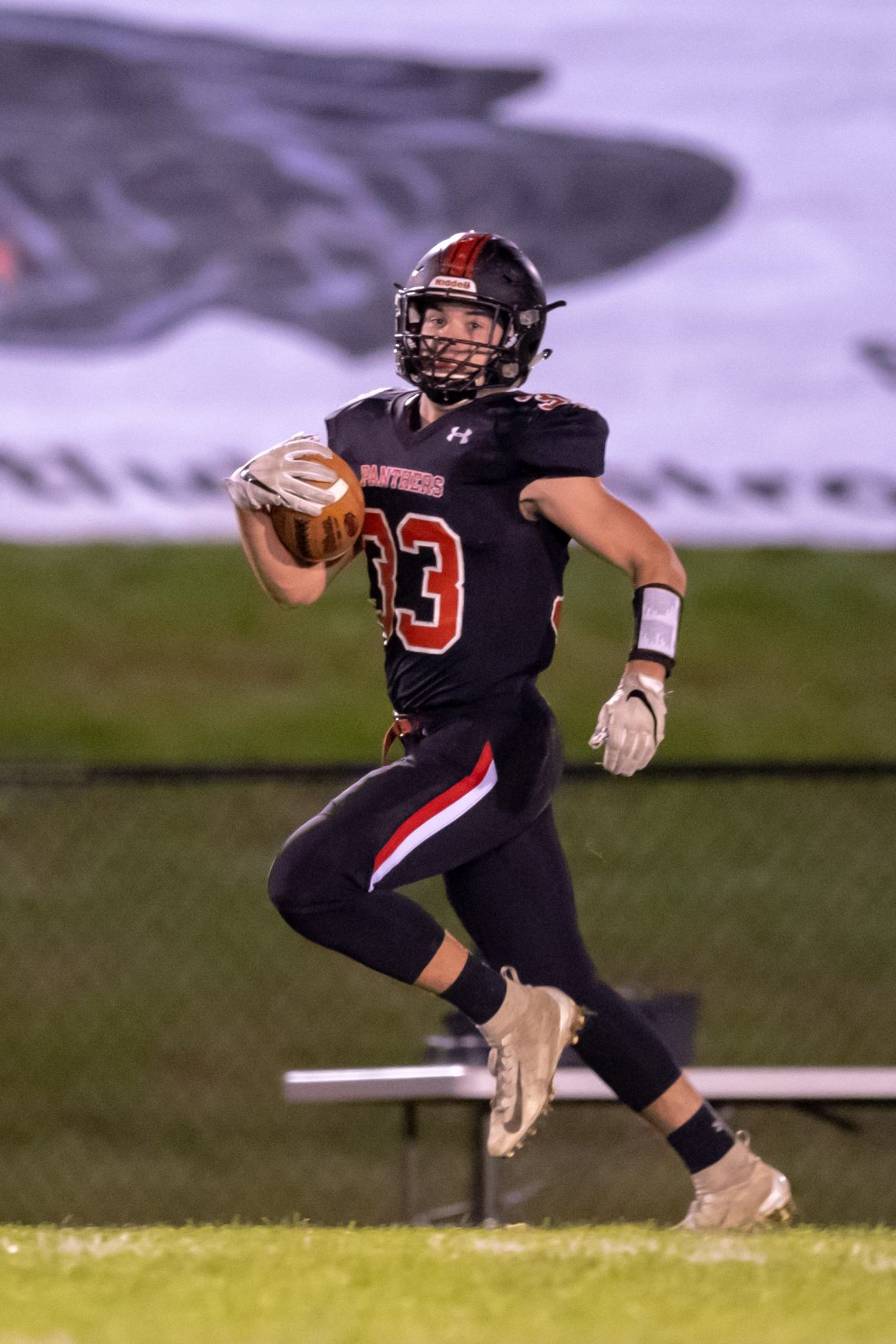 The second quarter of play was dominated by Northwestern Lehigh.  On the Tigers first possession, Deven Bollinger and Justin Rodda hooked up again for another touchdown.  The Tiger quarterback threw a dart hitting Rodda in stride on a skinny-post for a 54-yard strike.  The PAT was good and the Tigers took a 14-7 lead.

The Panthers could not generate any offense and went three-and-out.  Northwestern Lehigh was in a groove and after six plays found the end zone again when Bollinger hooked up with his tight-end, Derek Holmes on a crossing route for another six points.  The 19-yard touchdown and extra-point made the score 21-7 in favor of the Tigers with 5:26 left to play in the first half. 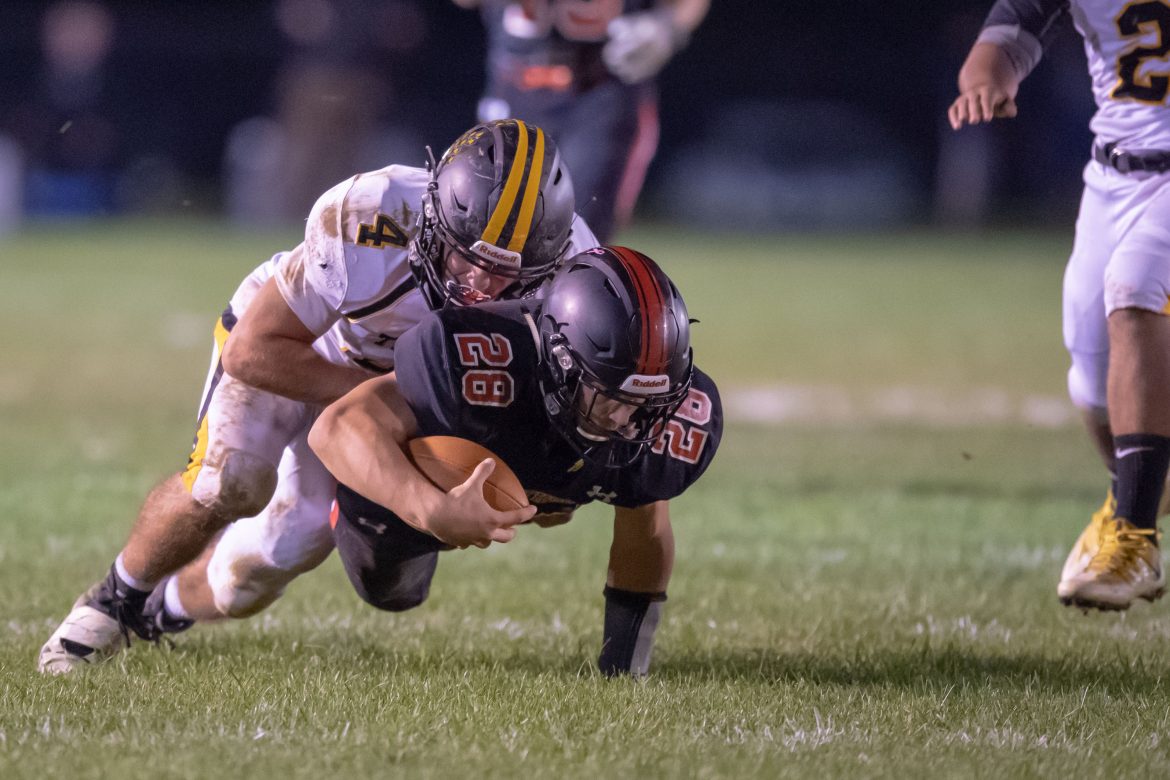 Ian Csicsek fought hard for every yard against the Tigers.

Starting with the ball on their own 36-yardline, the Panthers roared back in seven plays led by the legs of Ian Cicsek.  Csicsek accounted for 60 of the 64 yards on the drive.  Saucon was able to pound the ball into the end zone when Csicsek took a 1-yard plunge.  Cyphers connected on his PAT and the Panthers trailed 21-14 . With 2:55 left in the half, Saucon Valley, who would be receiving the 2nd Half kick, was down by one score.

However, Northwestern Lehigh was feeling good about their offense and, with short time on the clock, marched back with an 11-play drive where Bollinger and Rodda hooked up again for points.  This time, it was 3rd & 1 from the Panther 5-yardline.  Bollinger connected with Rodda on a short pass in the flats just inside the goal line.  DeWit hit his extra point to extend the Tiger lead to 28-14 to end the first half scoring. 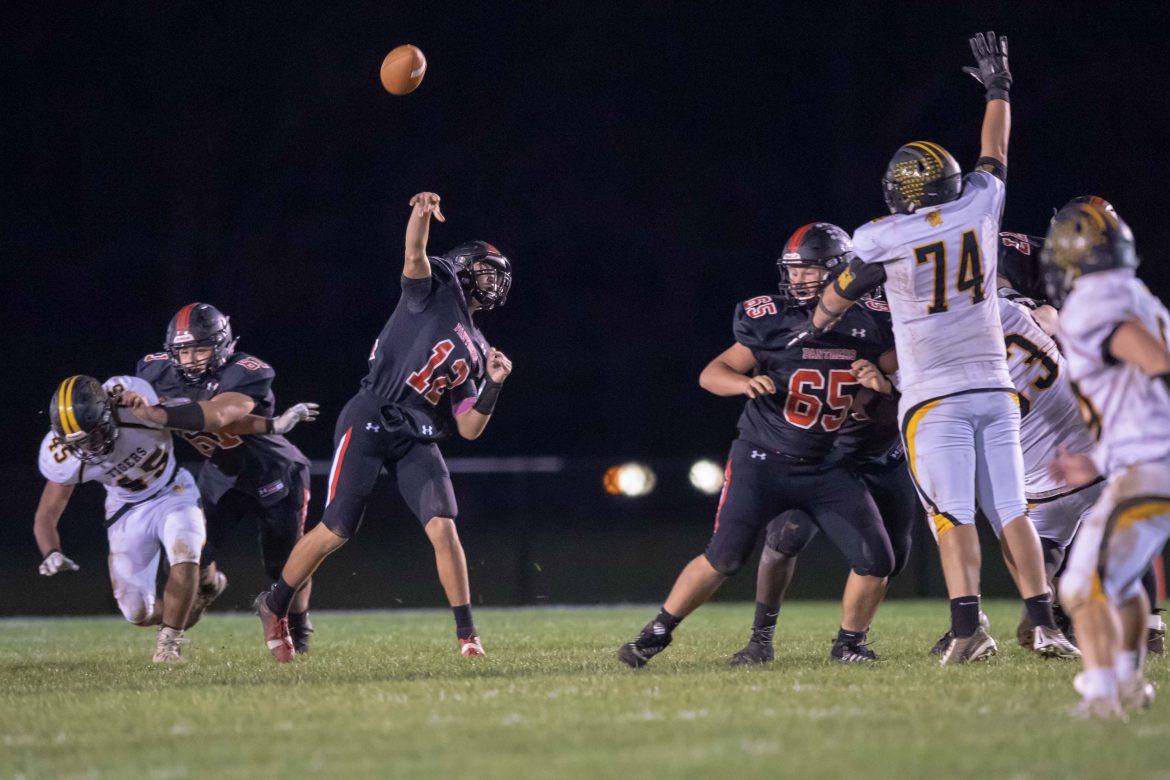 Dante Mahaffey threw for a career high 210 yards against Northwestern.

Saucon Valley regrouped during the halftime break and came out firing.  Even though a penalty backed the Panthers up to their own 12-yardline to start the 2nd Half, they were able to march the length of the field for a score.  The drive was highlighted by a Dante Mahaffey 44-yard completion to Ryan Holub and a couple of penalties.  Nonetheless, after seven plays, the Panthers punched the ball into the end zone with an Ian Csicsek  13-yard TD run.  Cyphers made good on his kick and with 9:38 remaining in the 3rd Quarter, the Tigers led 28-21.

The Northwestern offense was hitting on all cylinders.  In only four plays they would score again on Deven Bollinger’s 8-yard touchdown run.  The PAT extended the lead to 35-21.  On their next possession Saucon Valley, perhaps feeling desperate being in constant catch-up mode, gambled and tried to convert a 4th & 1 at their own 36-yardline.  Their efforts were denied leaving the Tigers with a short field.  The Northwestern Lehigh offense needed only five plays to score. Bollinger found Derek Holmes in the end zone on another crossing route for a score.  The PAT was good to make the score 42-21 with 3:33 left in the third quarter. 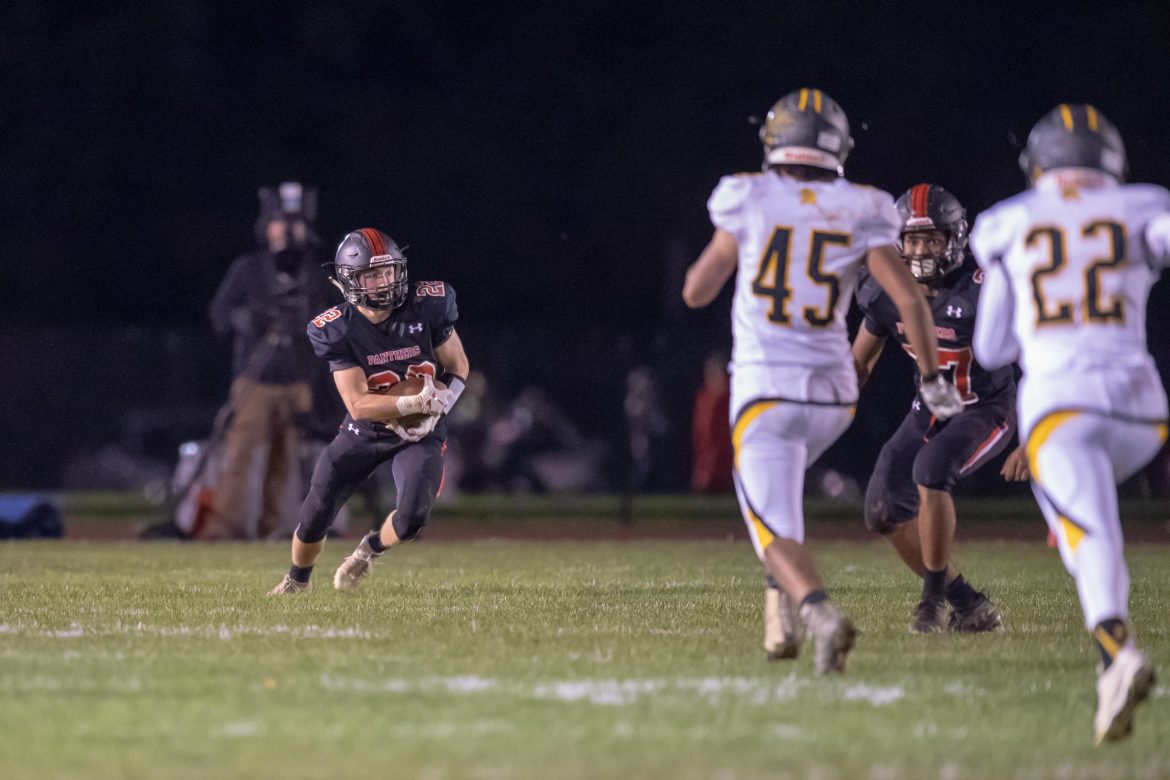 Justin Kyra found the end zone late in the game for the Panthers.

The teams would twice trade punts and trailing by three touchdowns, the Panthers showed no quit. Starting from their own 20-yardline, Mahaffey would complete 3 of 5 passes for 64 yards and a TD.  The score came on a 26-yard streak to Justin Kyra who was able to make an acrobatic catch and secure Mahaffey’s pass in bounds just inside the end line of the end zone.  Cyphers connected to make the score 42-28 with 1:29 left in the game.  Northwestern’s reserves added a 47-yard touchdown run as the stands were emptying to give the Tigers a 49-28 victory over the Panthers. 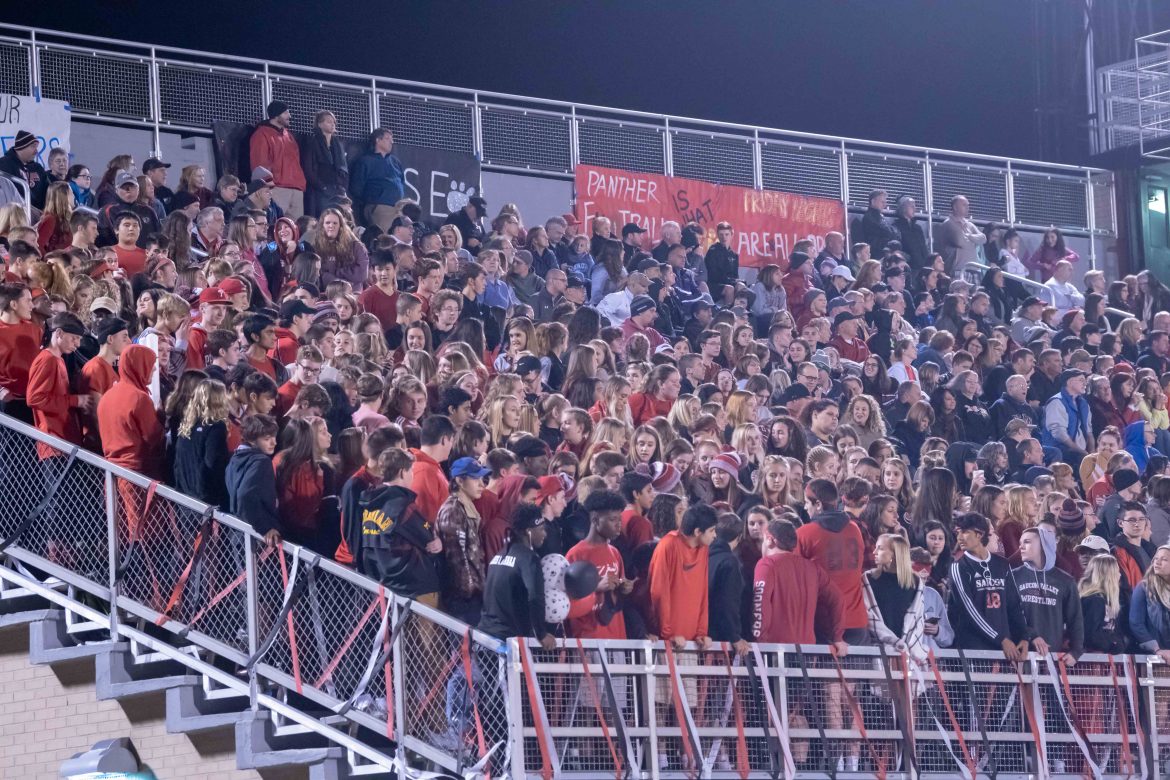 It was a great 2018 Homecoming crowd.

Up Next: Friday night Saucon Valley (7-1) will travel to Notre Dame Green Pond (7-1) to take on the high-flying Crusaders. The winner of this matchup very well may be the 2018 Colonial League Champs!  It will be another great challenge for the Panthers.

Note: Photos by Chris Christian. Click here to purchase these and other photos from Friday night’s game. 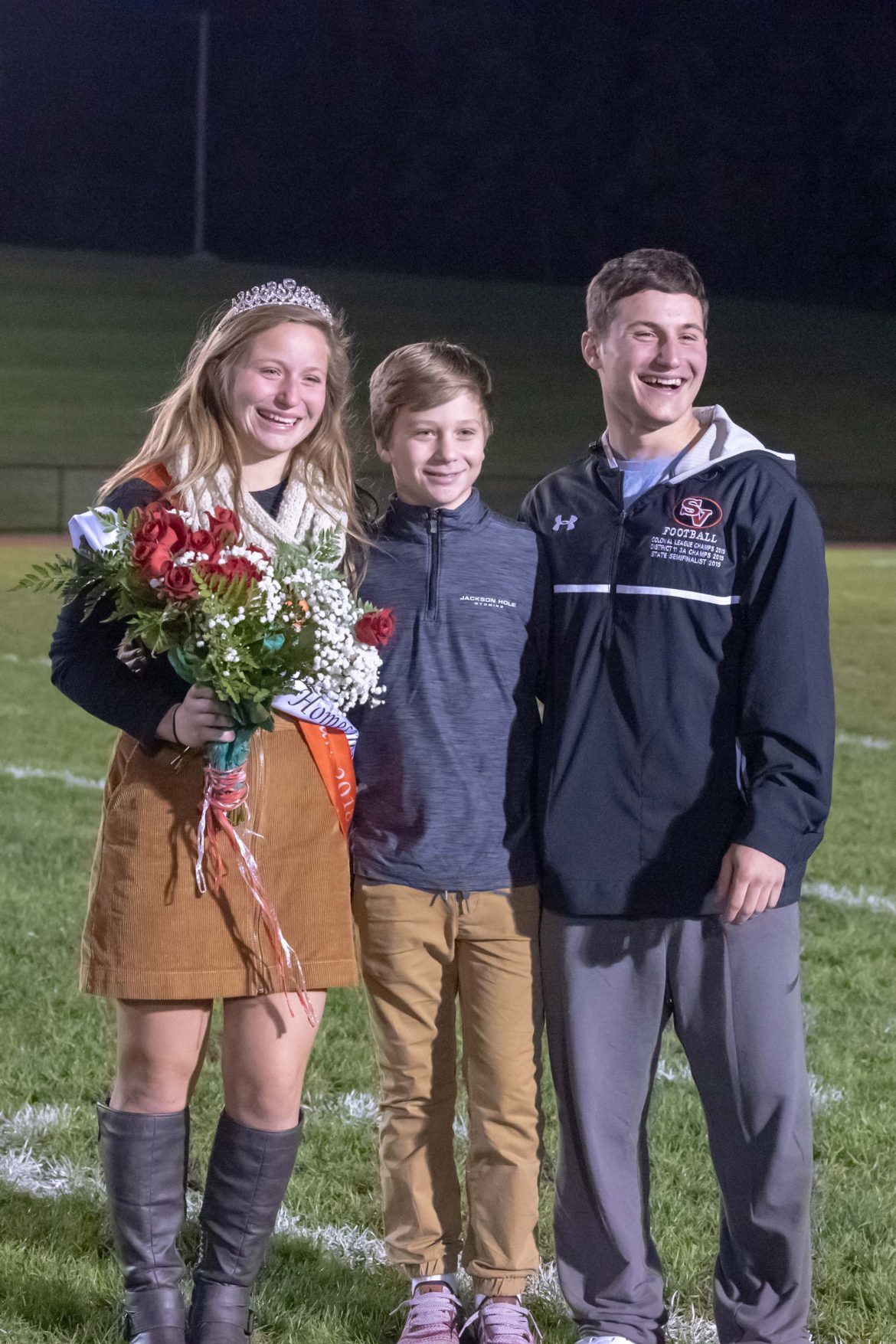 Zoe Zaharakis escorted by her brothers Leo and Dino was the Panthers 2018 Homecoming Queen. 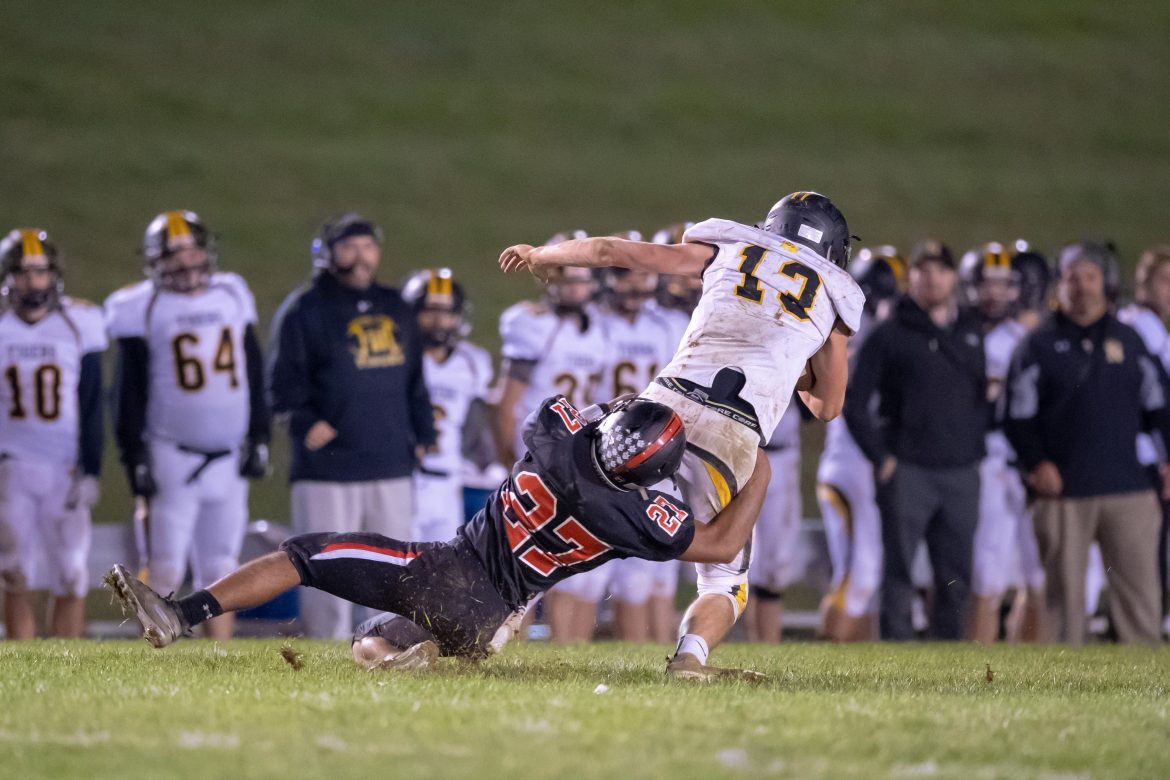 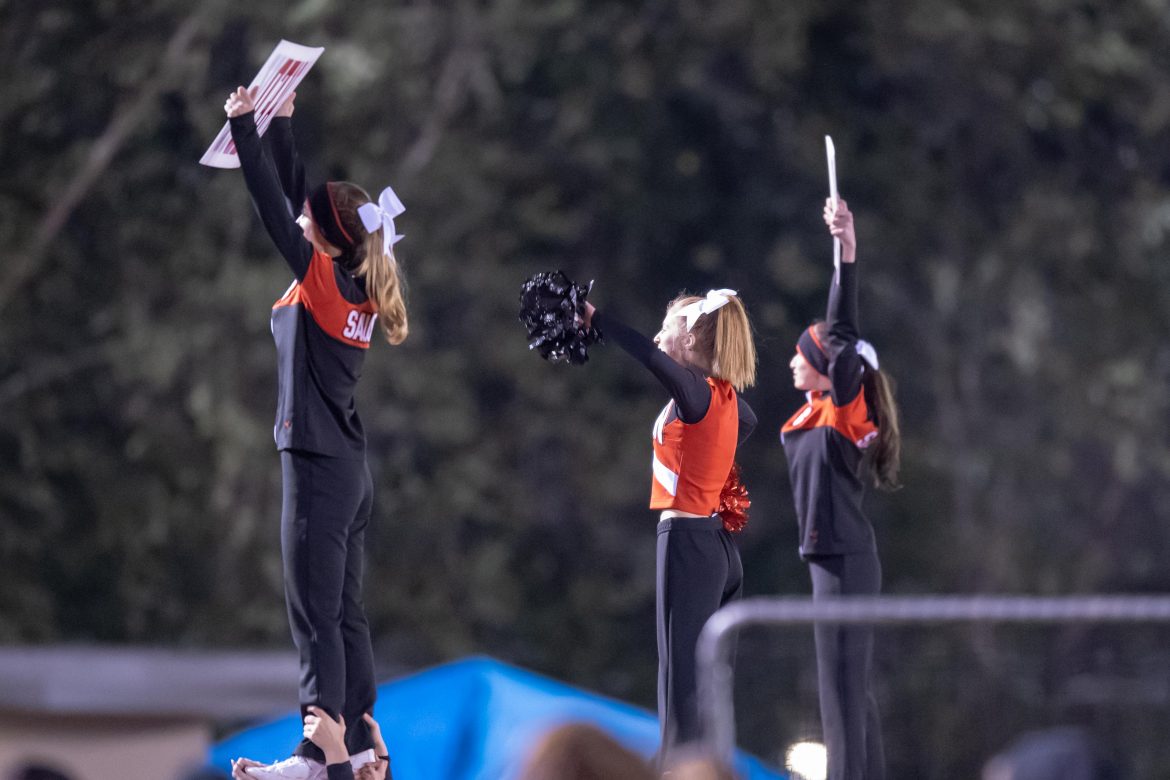 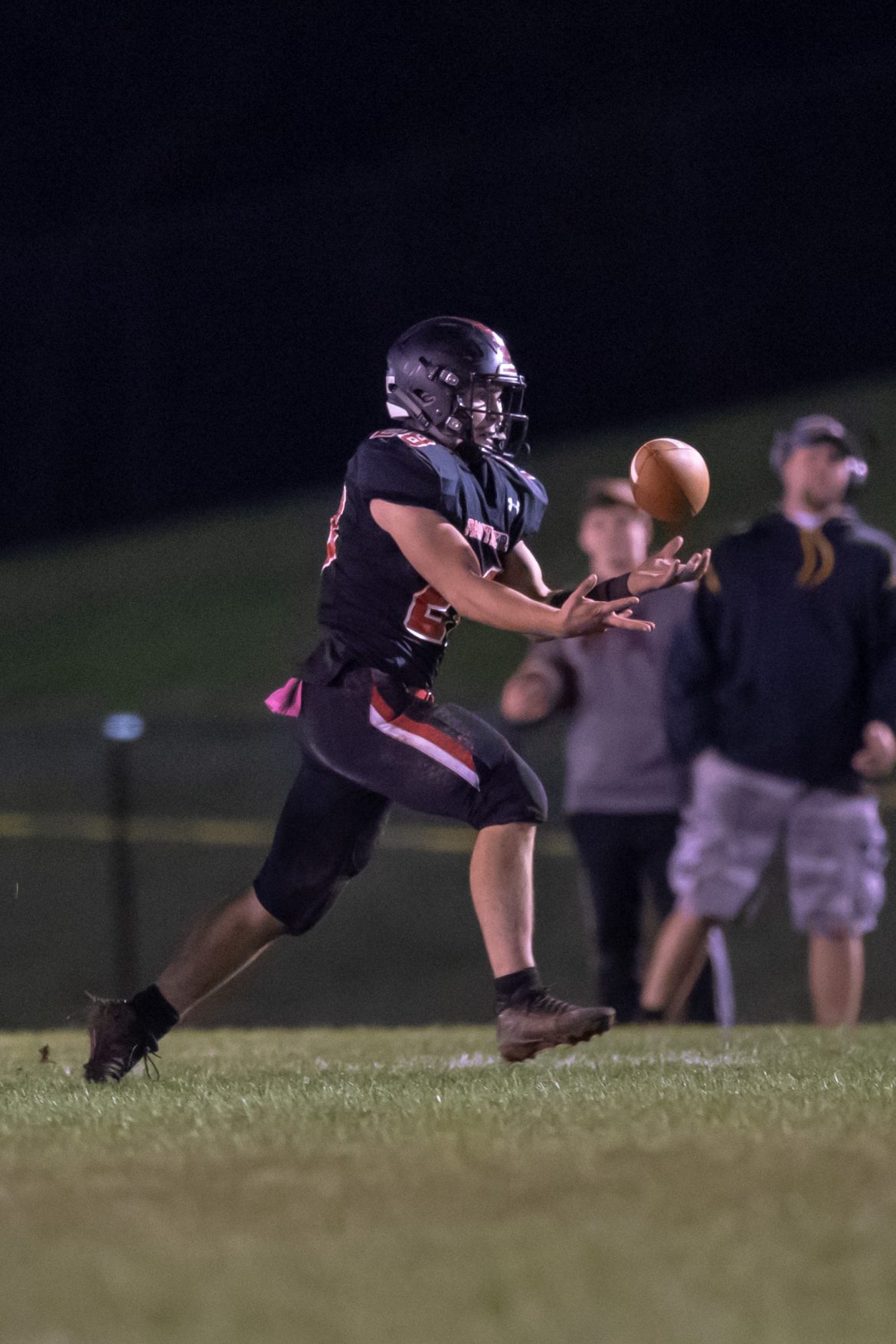 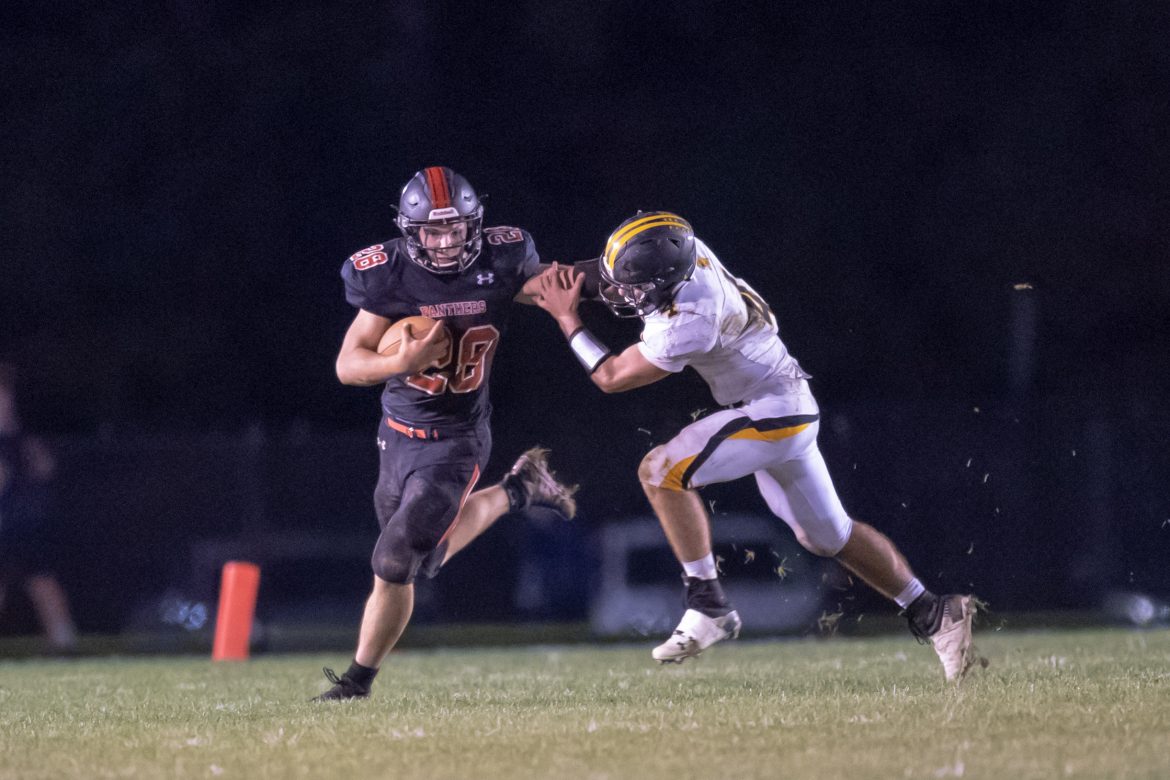 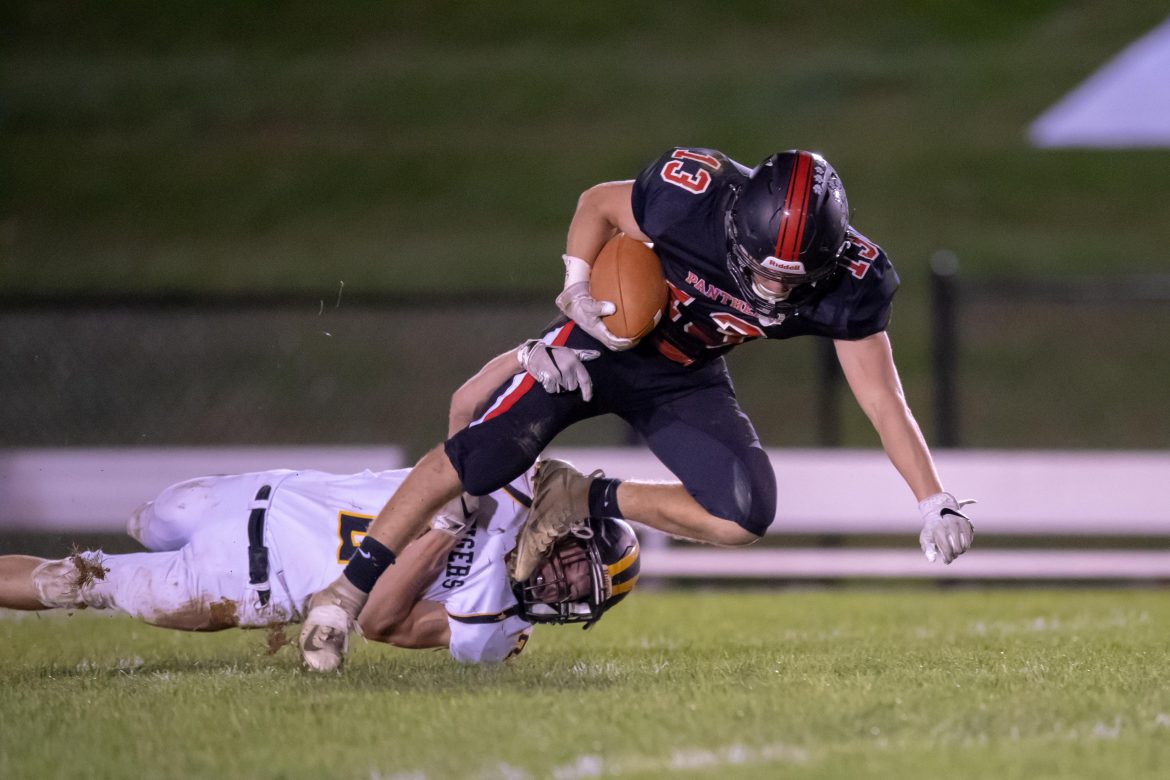 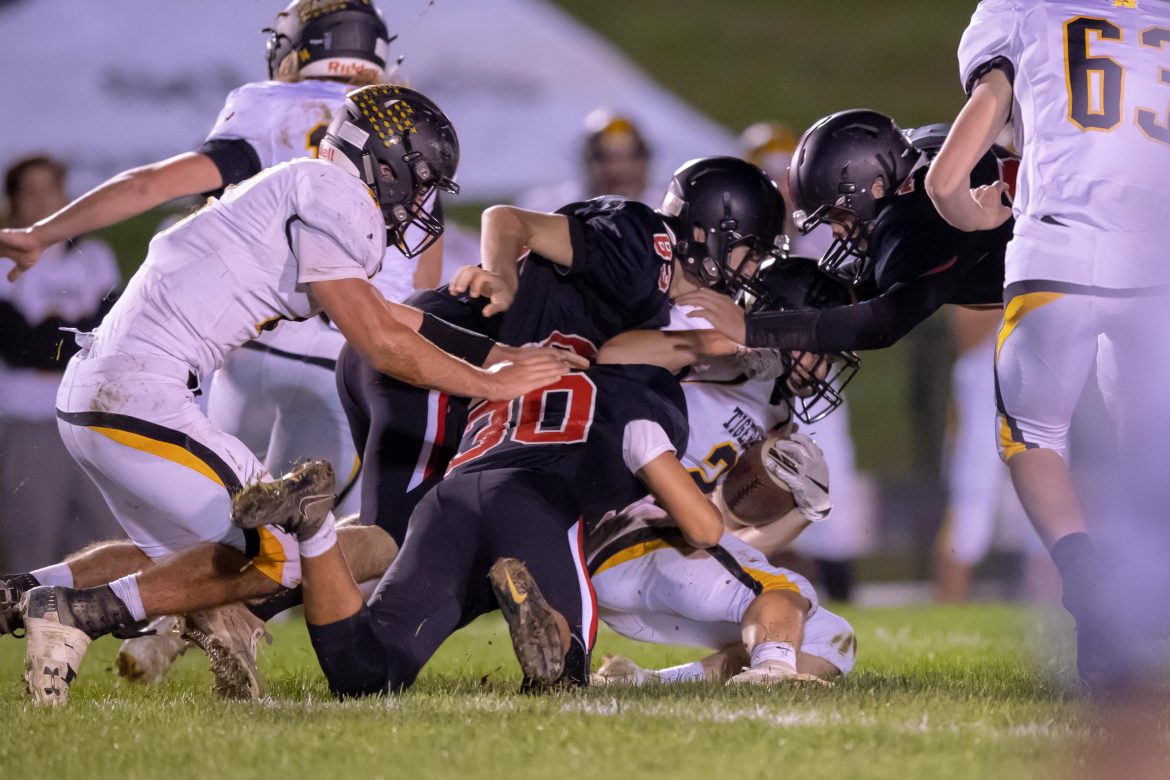 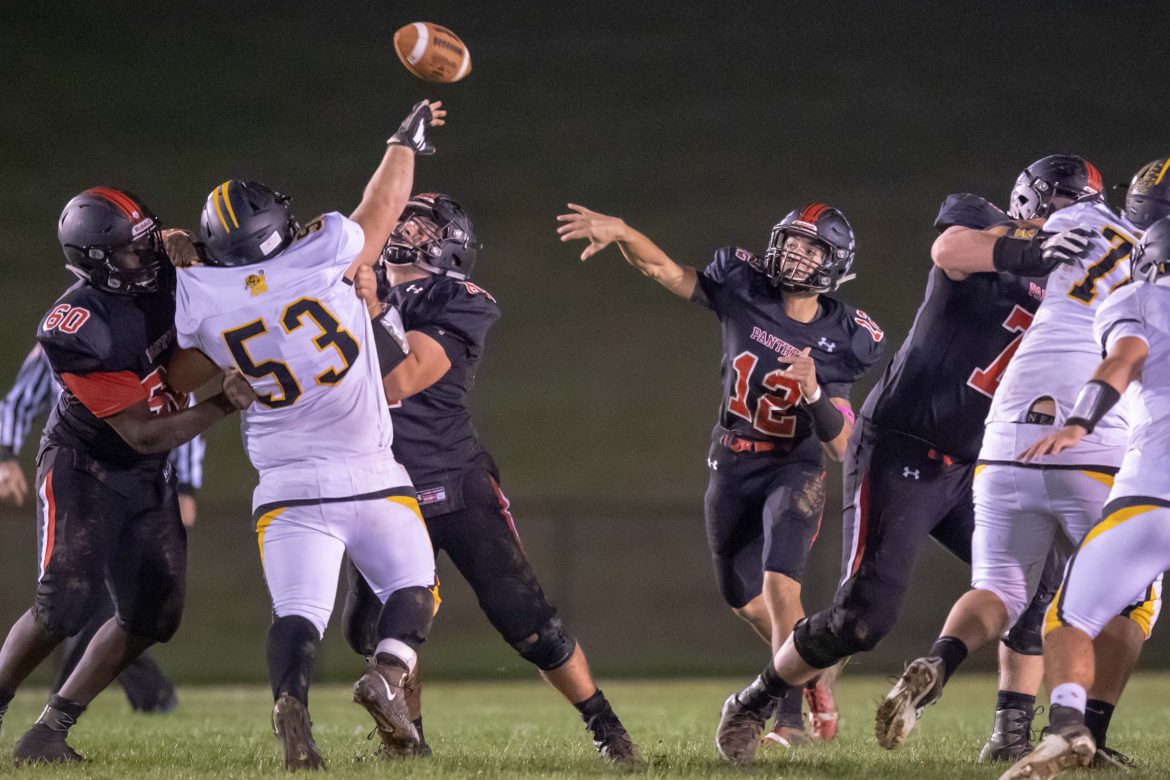 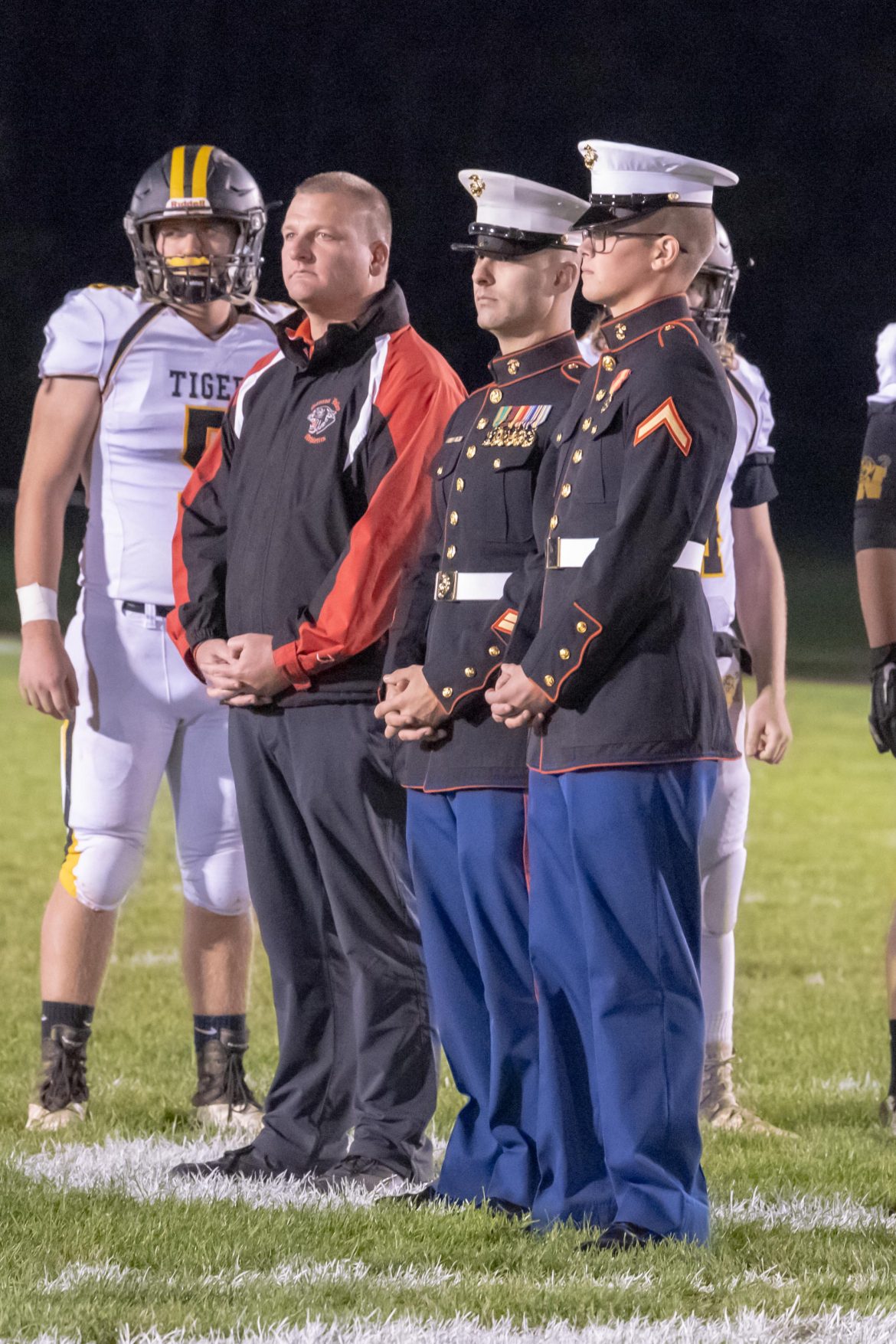 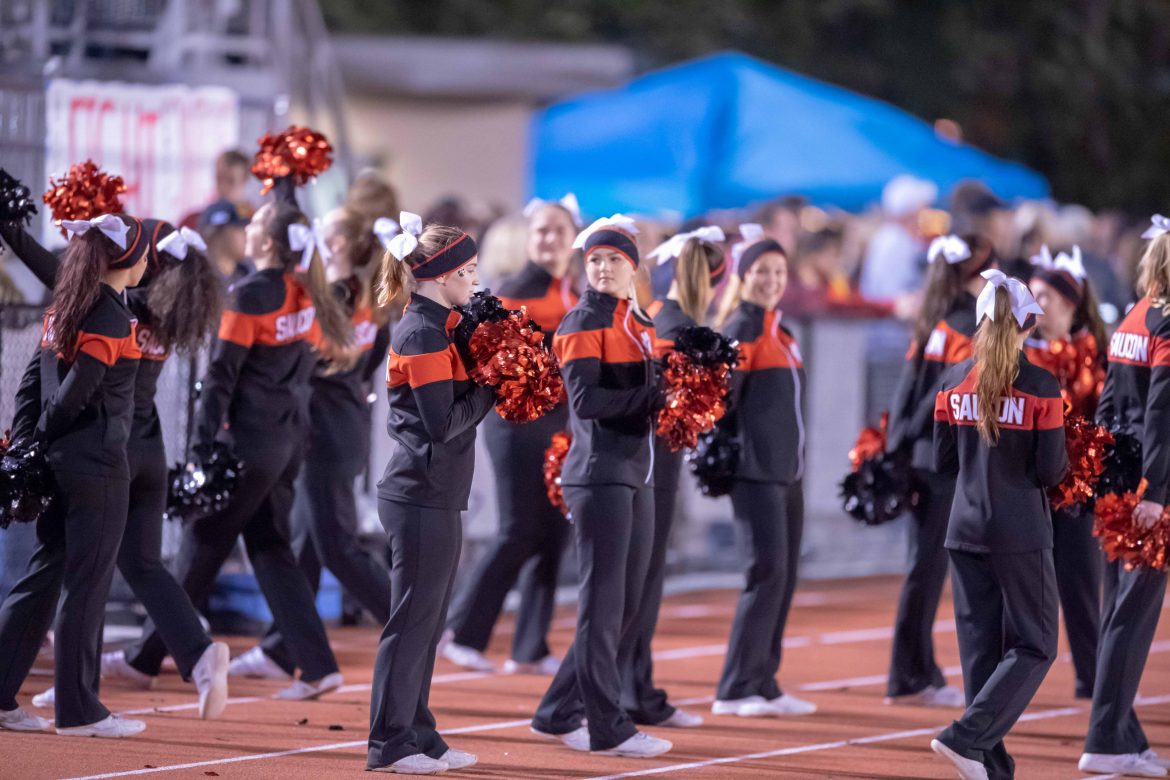