A Richland Township man who is serving time in state prison for running an Upper Bucks heroin ring is facing new charges for allegedly trying to obtain drugs to sell while he was incarcerated in the Bucks County jail earlier this year. 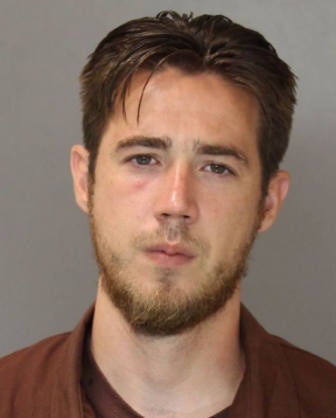 In January Sheamus Patrick McCarthy, 28, allegedly sent letters to his girlfriend and a younger brother in which he solicited them to send him Suboxone strips and synthetic marijuana, telling them he could turn a hefty profit by distributing the drugs to other inmates, the Bucks County District Attorney’s office said Tuesday in a news release about the charges.

In one letter, sent in the days before McCarthy and two of his brothers admitted they had flooded the Quakertown area with heroin for years, McCarthy allegedly gave his girlfriend detailed instructions on how to smuggle “Flyers Tickets” into the Bucks County Correctional Facility inside her body, as well as how to avoid being searched by guards, according to an affidavit of probable cause filed by police last week.

“Flyers tickets” was coded language for Suboxone, detectives wrote in their criminal complaint, noting that the Philadelphia Flyers hockey team’s logo and the sublingual narcotic strips both make prominent use of the color orange. Suboxone is a brand name for a prescription medication containing buprenorphine and naloxone which is used to treat opioid addiction.

The “Flyers tickets” could net $800 to $1200 if sold inside the jail, McCarthy allegedly said in the letter to his girlfriend.

Police allege that McCarthy also promised to share the money from the drug sales with the unnamed woman.

In correspondence with his brother, McCarthy allegedly sought “Eagles Tickets” and “money for the lawyer,” which was also referred to as “tickets,” the news release states.

The Philadelphia Eagles’ logo and synthetic marijuana are both green, at least in part, it notes.

McCarthy allegedly said those “tickets” should be hidden inside the binding of a book and sent to the jail, asking his brother to assist his girlfriend with smuggling the “Flyers tickets.”

The letter to McCarthy’s brother is signed “Sheamus McCarthy,” and both envelopes contain McCarthy’s information in the return address field, according to the affidavit.

Both letters were turned over by jail officials to county detectives, who understood the references to sports tickets to be code for drugs, the District Attorney’s office said.

Investigators also allegedly matched the letters to McCarthy through a comparison of handwriting samples.

Already serving at least nine-and-a-half to 20 years in state prison for his heroin trafficking conviction, plus two years for probation and parole violations, Sheamus McCarthy is set to be arraigned next week before District Judge Mark D. Douple.