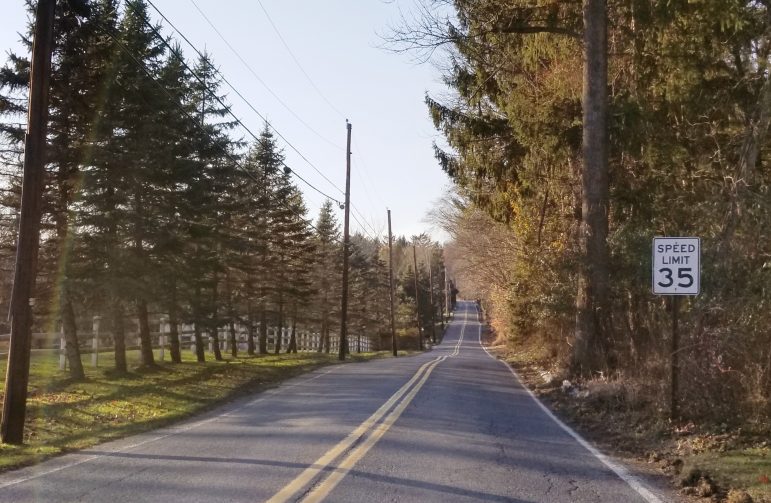 A Lower Saucon Township resident implored township council to ask Police Chief Tom Barndt to beef up the police presence along a section of Black River Road where he said aggressive drivers could cause an accident.

At council’s Nov. 21 meeting, George Gress said drivers are “ripping” past his home on Black River Road near Fire Lane.

He asked for police to add patrols along the road between Saucon Valley Acres–a banquet facility at 2282 Black River Road–and the Fire Lane intersection.

The speed limit in that are is 35 mph, except in a sharp bend in the road, where it is lower.

Gress noted that in addition to the inherent danger of speeding drivers on such a narrow roadway, the road itself “isn’t always in the best shape” because it lacks storm drains.

He commented that there is really nowhere for the police to sit along this section of road, but said police patrols can sit in his driveway if they wish to.