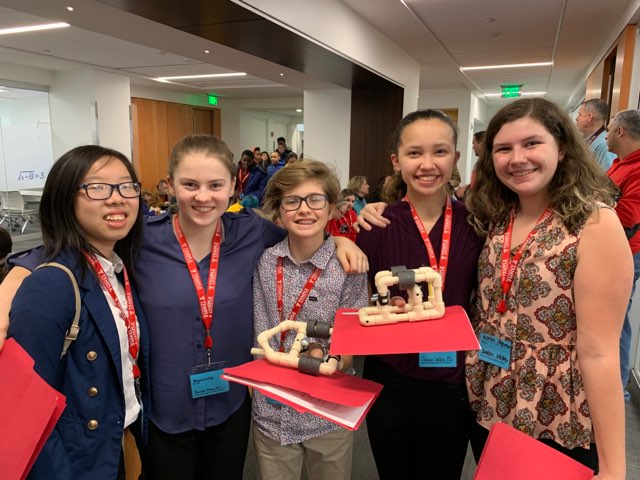 Twenty-five seventh and eighth grade students who are members of the Saucon Valley Middle School Robotics Club competed in a regional robotics competition at Temple University in Philadelphia Friday and represented their school proudly as the only team from the Lehigh Valley.

The competition was part of SeaPerch, a national underwater robotics program designed through a collaborative partnership between the U.S. Navy and MIT, and the prestigious win now gives Saucon Valley Middle School the right to compete at the National SeaPerch Competition which will be held June 1-2 at the University of Maryland.

The robotics club and Team Mishipeshu will be recognized for their win at Tuesday’s Saucon Valley School Board meeting, which will be held at 7 p.m. in the high school Audion. 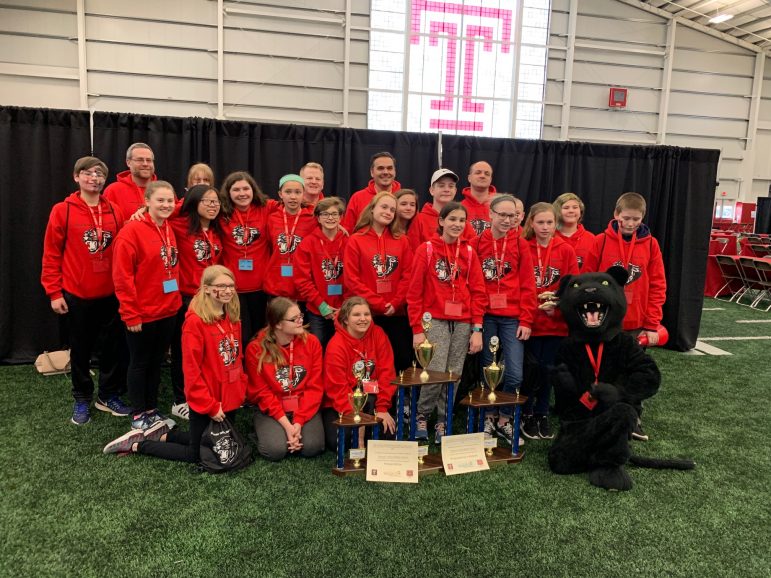 More than two dozen Saucon Valley seventh and eighth grade students took part in a robotics competition at Temple University Friday. Above, they pose with their awards (and the Panther) for a photo. 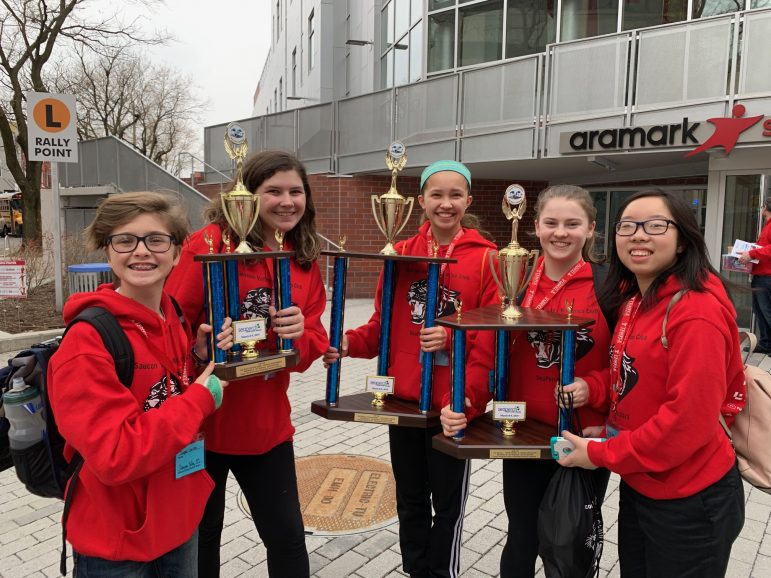 Team Mishipeshu is made up of Saucon Valley eighth graders Abigail Luftig, Teegan Lannon, Sonia Lloyd, Emily Chi and Katelyn Pequeno. With their win they helped demonstrate that robotics and other traditionally male-dominated STEM-related subjects aren’t just for guys. 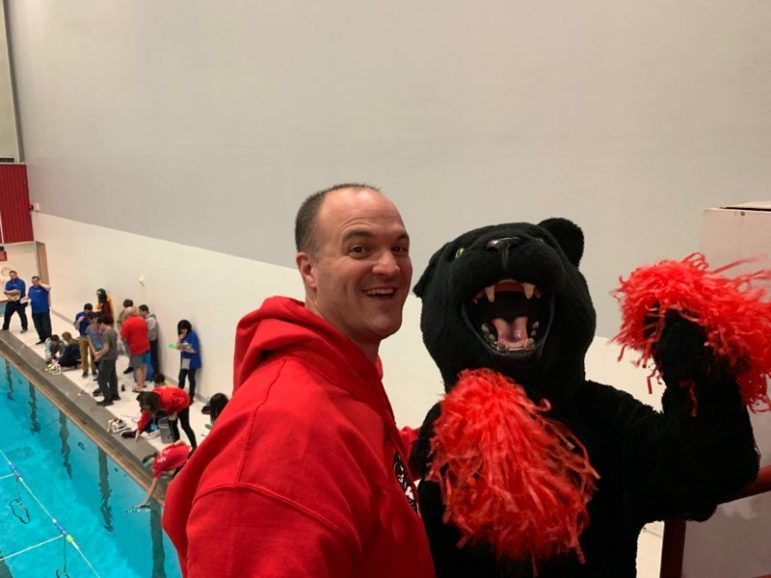 The Saucon Valley Panther was on hand to help keep energy levels high throughout the day at the robotics competition. 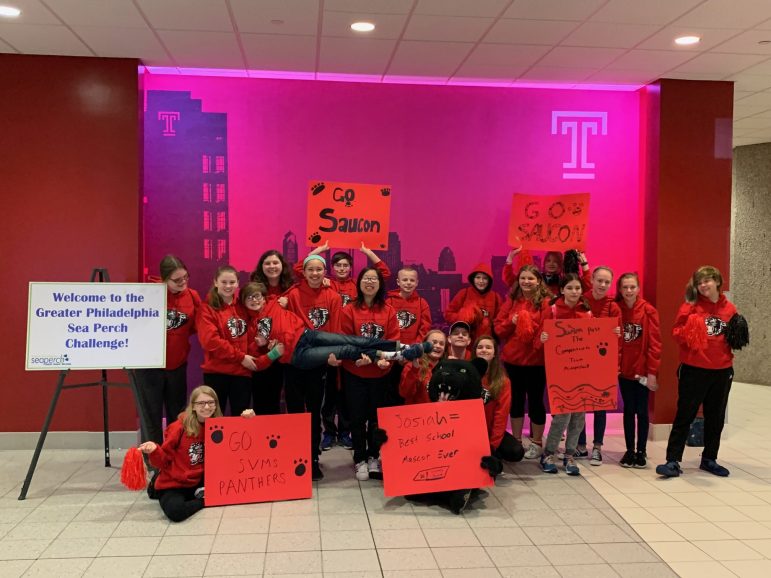 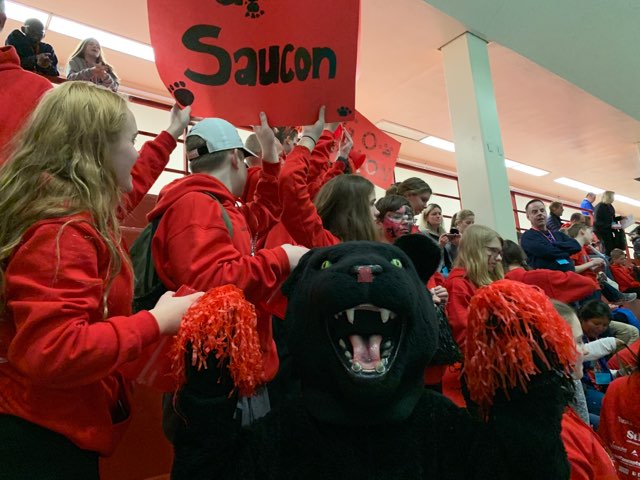 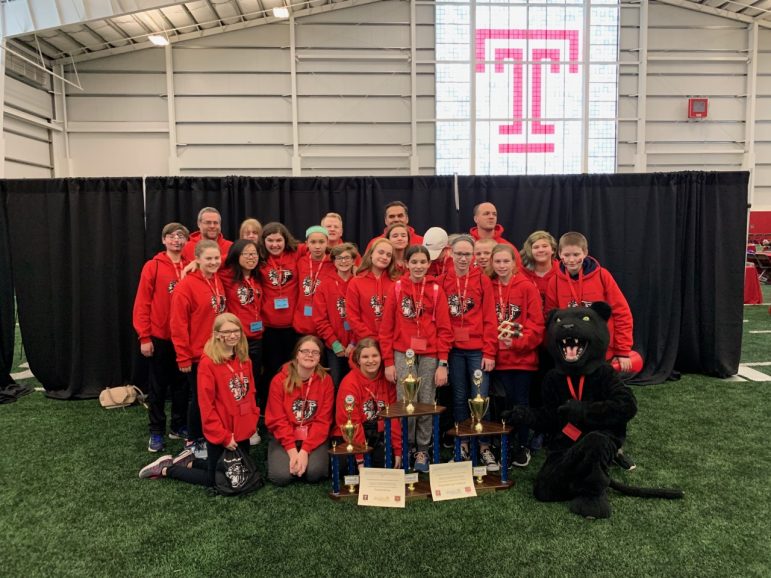