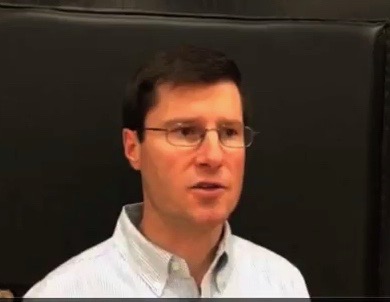 After eighteen years, Matt Brown has stepped down as the Panthers head basketball coach.

Last Friday, the Saucon Valley School District Athletic Department announced that Matt Brown had stepped down as the Panthers high school varsity basketball coach.  Brown, who is a 1991 graduate of Saucon Valley, was hired back in 2001 and took over for thirteen year veteran coach, Rich Matus.  After eighteen years of calling the basketball shots, Brown made the decision that it was time for him to go.

“Its the toughest decision I ever made,” Brown said.  “It came down to quality time with my family.  I have two young boys and I want to be involved in their lives.  I just don’t have the time to run a varsity basketball program right now.”

According to a tweet put out by SV Athletics on Friday, Brown is Hellertown/Saucon Valley’s longest serving Boys Basketball Head Coach in program history.  Under Brown’s watch, the Panthers earned two Colonial League titles in 2003 and 2011. The championships highlight his 219 career victories

“While the games fade into memory the people don’t.  I’ve coached so many great kids at Saucon and have gotten to know their families.  Those are the fondest memories that I am taking with me.”

“The people,” was Brown’s response when asked what he thinks he is going to miss most about coaching basketball at Saucon Valley Brown.  “You forge a lot of friendships when you are at a place for eighteen years.  I’ll miss being around the players, the custodians, the trainers, as well as working with Bob Frey and the Athletic Department staff.”

Brown was very grateful and provided plenty of praise to others who made his time at Saucon memorable.  “I’d like to thank (former athletic director) Doug Sheriff and (former high school principal) Curt Dietrich for giving me a shot at this as a young kid.  I’d also like to thank my assistants Glenn Brown, Sean Thomson, Todd Lipp, Rick Haas, Don Benner and Scott Roberts.  They were with me all the way and deserve a huge amount of credit for the success we had.  Coaching with my father (Glenn), who sat on the bench with me for all eighteen years, was priceless.”

Best wishes Coach Brown, the Source is with you!