There is no doubt about it. When you’re looking at the Dimmick Park bandshell now, you know you’re in Hellertown.

Have you ever taken a photo at a concert or event at the Dimmick Park bandstand, shared it on social media, and had someone comment and ask, “where are you?” In the future you might not get that question as much, thanks to a unique new sign.

What was formerly a non-descript sloping lawn in front of the park stage is now a living sign that proudly and clearly spells out, “Hellertown.”

The small bushes that together create the letters for the name were planted last week, but the effort to create the living sign began last year, spearheaded by Mayor David Heintzelman.

The mayor’s “Adopt-a-Bush” campaign enabled local businesses and individuals to adopt the Emerald Gem boxwoods that were needed to plant the sign–nearly 100 of them in all–at a cost of $65 each. 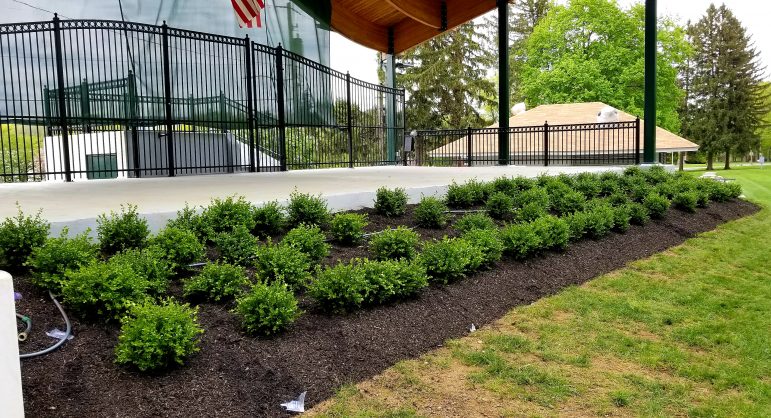 Viewed from the side, at an angle, the new living “Hellertown” sign created with nearly 100 boxwoods is still legible.

“We have exceeded our expectations because of this great community rising to this beautification project,” Heintzelman wrote in a Facebook post on the borough’s page Thursday. “We are excited for our community to witness this finished project and dedication in the very near future.”

In thanking those who contributed to the campaign, Heintzelman said the sign “will be a great addition to our already beautiful park system.”

“In case you missed out and still want to participate, there will be new projects that the council is considering in the near future,” he added.

The borough’s public works department planted the bushes, which will be pruned and maintained in order to keep “Hellertown” legible in years to come.

It will be on full display at a free “Kickoff to Summer” Family Movie Night which will be held at the park this Friday, May 3; and at the Hellertown-Lower Saucon Chamber’s annual summer concert series in the park, which begins on June 9 with a performance by The Large Flowerheads at 6 p.m. 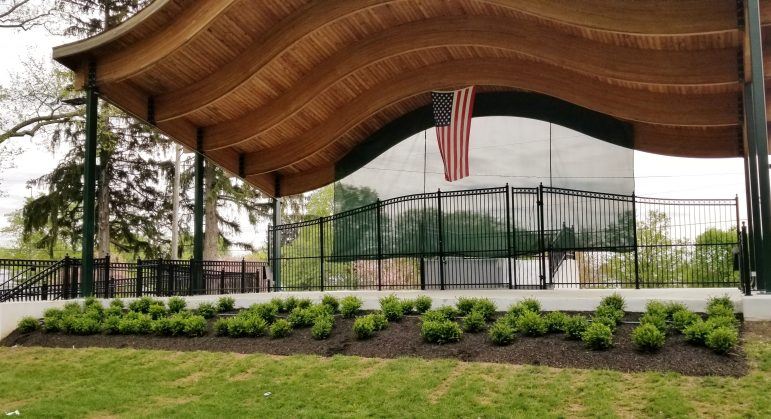 The sign was planted before the start of this summer’s free concert series in Dimmick Park.