Chainlink fence surrounds the area where a new, state-of-the-art playground is being built in Hellertown’s Dimmick Park. The new playground has been designed to be safer and more accessible than the old one was.

If you’ve been wondering what all the earth-moving in the southeast corner of Hellertown’s Dimmick Park is for, your mind has been read.

The construction that’s now taking place is for a new playground that will be finished and ready for use in early June, weather-permitting.

The state-of-the-art playground has a price tag of just over $500,000 and will be larger and safer than the old one was, officials say.

It will have a waist-level fence surrounding it and feature different types of age-specific playground equipment (such as equipment specifically designed for use by 2- to 5-year-old children), in addition to being handicapped-accessible via paths and a new parking area. 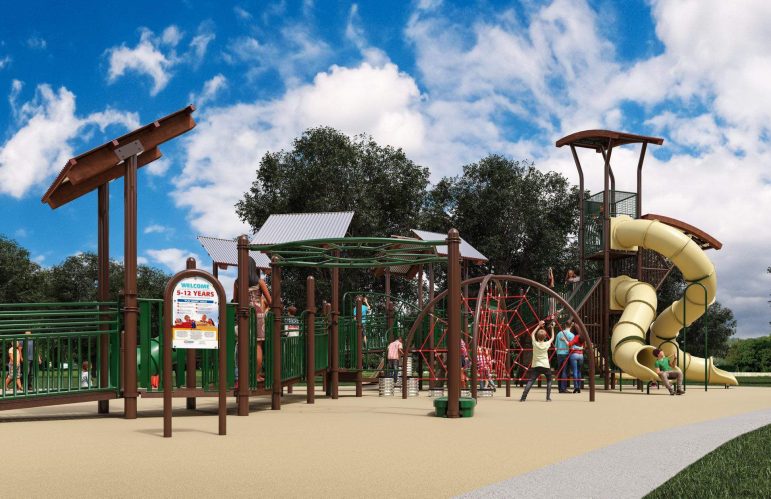 An artist’s rendering of a section of the new Dimmick Park playground.

There will also be new safety surfacing and–unlike before–sidewalk access to and from the playground, which is near Constitution Avenue.

Funding for the project was provided by grants from the Pennsylvania Department of Conservation and Natural Resources; the Pennsylvania Commonwealth Financing Authority Greenways, Trails and Recreation Program: and the County of Northampton Community Development Block Grant Program.

The start of major construction on the playground is just the latest news for Dimmick Park.

Nearly 100 Emerald Gem boxwoods adopted by local individuals and businesses were planted to create the unique sign in front of one of the borough’s most recognizable summertime landmarks. 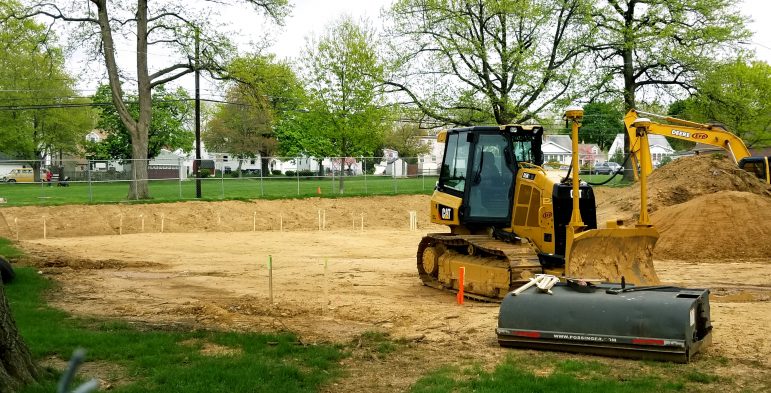 Borough officials hope to open the new Dimmick Park playground in early June. This view is looking southeast toward Constitution Avenue and the Hellertown Area Library. 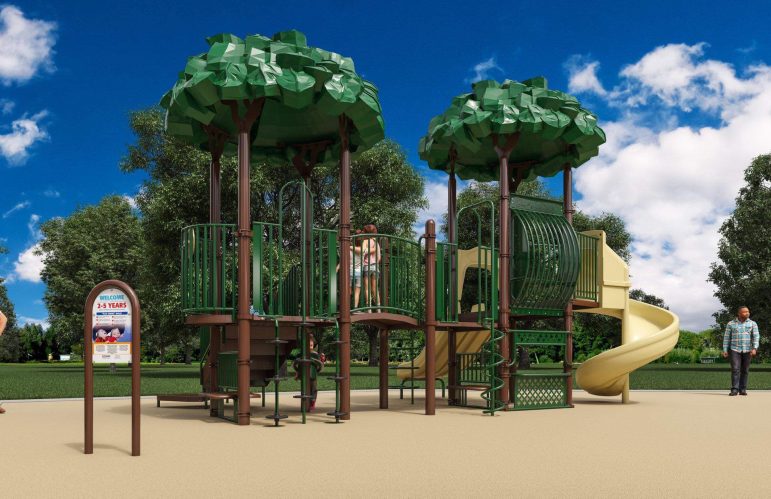 An artist’s rendering of a section of the new Dimmick Park playground. 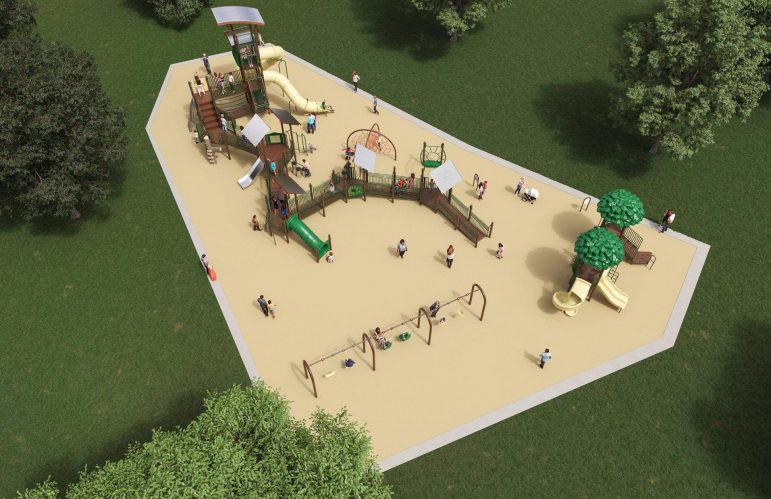 An aerial view rendering of the new Dimmick Park playground in Hellertown.