A proposed bill by a local state representative could soon make filing Right-to-Know public record requests more costly for some, if it ultimately becomes law.

The legislation that would allow a fee to be charged for certain right-to-know requests is sponsored by state Rep. Justin Simmons (R-131), whose district includes part of Lower Saucon Township.

Simmons said in a news release Wednesday that House Bill 283–which would amend the state’s 2008 Right-to-Know Law–was reported out of the House State Government Committee Monday and will now be considered by the full House of Representatives.

The proposal would allow state and local agencies to charge additional search, review and duplication fees when responding to public record requests made for a commercial purpose.

“The fees, to be approved by the state Office of Open Records, must be reasonable and cannot be established with the intent or effect of excluding individuals from access to records,” it states.

“Local government offices with small staffs can be flooded by numerous public records requests from businesses seeking information for the marketing of various products and services,” Simmons said in the news release. “As a result, taxpayers who pay their salaries are shortchanged because the overwhelmed staff is handling these many business requests.”

“I believe my legislation will balance the importance of the public’s right to know with preserving the ability of our local governments to effectively serve residents,” he added.

Under House Bill 283, some journalists as well as nonprofit organizations conducting educational research would be exempt from paying the fee.

Specifically, it exempts requests by journalists “employed by or connected with a newspaper or magazine of general circulation, weekly publication, press association or radio or television station, for the purpose of obtaining
information for publication or broadcast.” 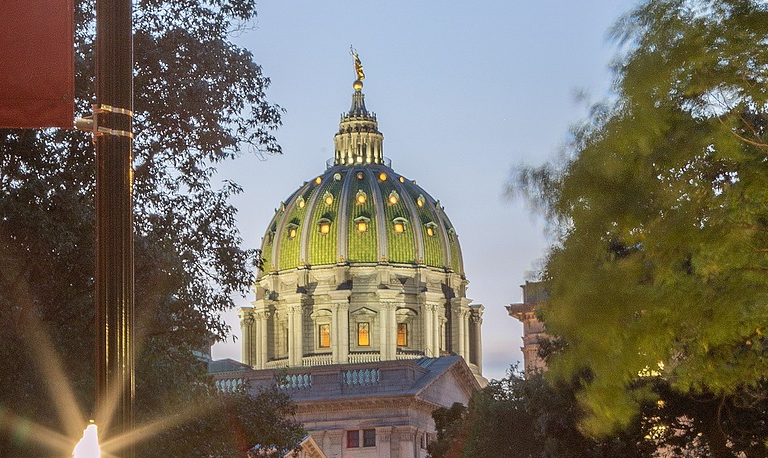 The Pennsylvania State Capitol in Harrisburg