A former teacher and girls soccer coach at a local high school is accused of violating the public trust in an Upper Bucks community’s educational system.

In a news release Tuesday, the Bucks County District Attorney’s office announced that Christian Howard Willman, 39, of the 6800 block of Blue Church Road South, Upper Saucon Township, has been arraigned on counts of sexual assault by a sports official, sexual contact with a student, criminal solicitation, corruption of minors, unlawful contact with a minor and criminal use of a communication facility stemming from the allegations. 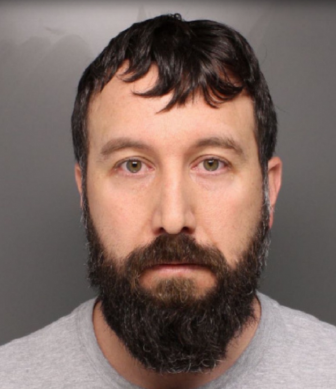 Christian Howard Willman, 39, of Upper Saucon Township is accused of sexually assaulting a student at Palisades High School, where he formerly worked as a teacher and girls soccer coach.

All of the charges are related to two  incidents in which authorities say Willman allegedly sent sexually explicit text messages–or “sexted”–two female students while he was employed as a teacher at Palisades High School.

Authorities say Willman went on to sexually assault the second student he allegedly sexted at the school where he was also employed as the head girls soccer coach.

Following a preliminary hearing Tuesday, District Judge Gary Gambardella set Willman’s bail at 10 percent of $4 million, which had not been posted as of 5 p.m. Tuesday, according to online court records.

According to the district attorney’s office, in a criminal complaint filed Monday Pennsylvania State Police allege Willman “began having inappropriate conversations” with the first student in 2013, when she was a sophomore at Palisdades High School in Nockamixon Township.

“The conversations, which were sexual in nature, occurred via text message until about August 2014, when Willman asked the victim to come to his house to consume alcohol,” the news release said.

Willman allegedly indicated in the messages that his family was not home, the DA’s office said.

“The victim said she understood, based on previous messages between the two, (that) it was implied Willman intended to engage in sexual activity with her if she went to his residence,” the news release stated.

According to the DA’s office, Willman allegedly began having inappropriate conversations with a second girl–who was also then a sophomore at Palisades–in April 2017.

Authorities say he allegedly used a social media app to send that student sexually explicit messages and to solicit sex over a period of about a year.

Police say that in 2018, late in the girl’s junior year, Willman allegedly sexually assaulted her while the two were together at Palisades High School.

Police are now asking anyone who believes they may have been a victim of Willman to contact Tpr. Christopher M. Cleveland of the Pennsylvania State Police (Dublin Barracks) at 215-766-5030.

According to an August 2014 Lehigh Valley Live story about Willman’s hiring as Palisades’ head girls soccer coach, he previously coached girls soccer at Northwestern Lehigh and “is also a former head coach for an under-17 girls club.”

The article didn’t identify the under-17 club by name.

Lehigh Valley Live also reported that Willman is a Southern Lehigh High School graduate as well as a graduate of Millersville University–where he played soccer–and that he had served as an assistant boys soccer coach at both Wilson Area and Parkland high schools.

Bucks County Deputy District Attorney Kate Kohler has been assigned to prosecute the case, according to the news release.

As of late Tuesday afternoon Palisades School District had not posted a public statement about the accusations on either the district’s website or its Facebook page. However, a source shared a letter from the district dated May 14, 2019 that was sent to parents.

It states, in part:

According to online court records, a preliminary hearing for Willman is scheduled to be held May 28 at 9:45 a.m. before Judge Gary Gambardella.

Note: This story has been updated with additional information from a letter to parents from the Palisades School District. This is a developing news story. More information may be added as it becomes available.