Saucon Valley School District officials are urging the parents of any students who are unvaccinated against chicken pox to get them vaccinated, after a high school student was confirmed to have the illness.

“There has been a reported case of chicken pox at Saucon Valley High School,” he said. “A vaccine that can prevent chicken pox (varicella vaccine) is available and has been shown to be safe for children who are older than 12 months of age.”

Halcisak stressed that while “most children who attend public school should have been vaccinated…if your child has not been vaccinated, he/she should be vaccinated as soon as possible.”

“Those individuals who are immunocompromised or pregnant are at greater risk of complications and should seek medical consultation,” he wrote.

The district is recommending that parents contact their regular health care provider as soon as possible if they need to discuss the use of the varicella vaccine for their children.

Any child who develops chicken pox should be kept home from school and social gatherings until their rash has crusted over and no new lesions have appeared, the email from Halcisak said.

It also stated that parents with additional questions about the chicken pox vaccine should contact the Easton Health Bureau at 610-250-1825.

According to the Mayo Clinic website, the itchy rash caused by chicken pox infection typically appears 10 to 21 days after exposure to the virus that causes it and “usually lasts about five to 10 days.”

Other signs and symptoms of chicken pox, which may appear one to two days before the rash appears, include:

According to MayoClinic.org, once a chicken pox rash appears, it goes through three distinct phases:

“New bumps continue to appear for several days, so you may have all three stages of the rash–bumps, blisters and scabbed lesions–at the same time,” the website says. “You can spread the virus to other people for up to 48 hours before the rash appears, and the virus remains contagious until all broken blisters have crusted over.” 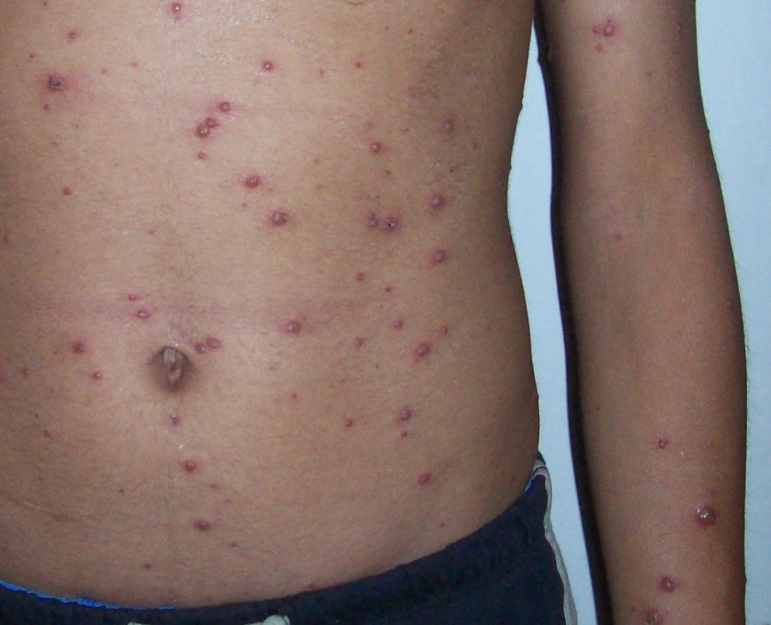