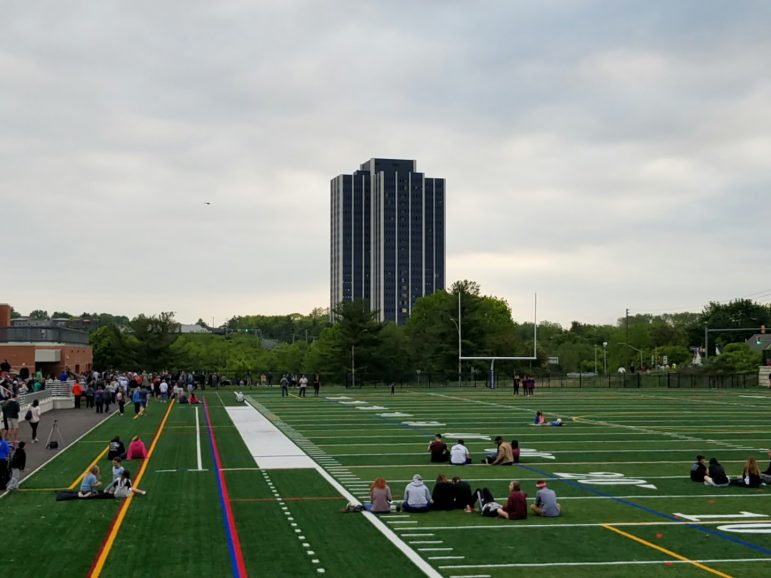 As thousands waited for Martin Tower to be imploded Sunday, some passed the time by relaxing on the Nitschmann Middle School football field at Eighth Avenue and W. Union Boulevard in west Bethlehem. Helicopters and drones hovered overhead, capturing some of the last images of the still-standing structure.

The one-time headquarters of the second-largest steelmaker in the United States took three years to build, but was reduced to rubble in only seconds.

Thousands of spectators filled city streets, fields, parks, porches and buildings with views of the cruciform tower built by (and with) Bethlehem Steel between 1969 and 1972 in order to see controlled demolition experts bring it down.

A crowd of onlookers awaits the implosion of Martin Tower in Bethlehem’s Rose Garden Park at Eighth Avenue and W. Union Boulevard.

The building’s owners had previously determined that repurposing it would be cost-prohibitive, and have proposed construction of a retail-office-residential development on the Martin Tower site, just off Rt. 378.

By 6 a.m. many spectators were seated in lawn chairs just outside an exclusion zone established by local officials for safety purposes, ready to watch a once-in-a-lifetime sight.

Helicopters and drones buzzed overhead, and hawkers sold cold water and pretzels in an atmosphere that was less than festive, but not somber. 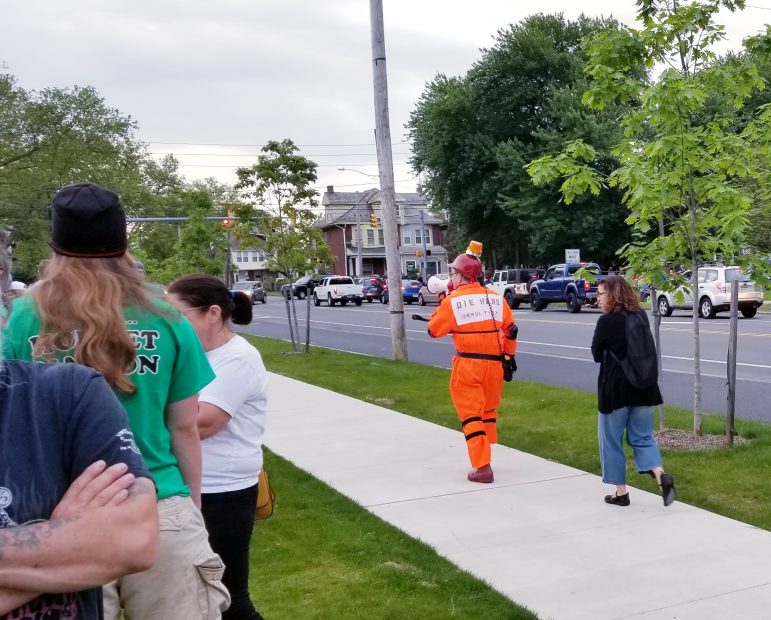 Some spectators to the Martin Tower implosion commemorated the occasion by dressing up as…? 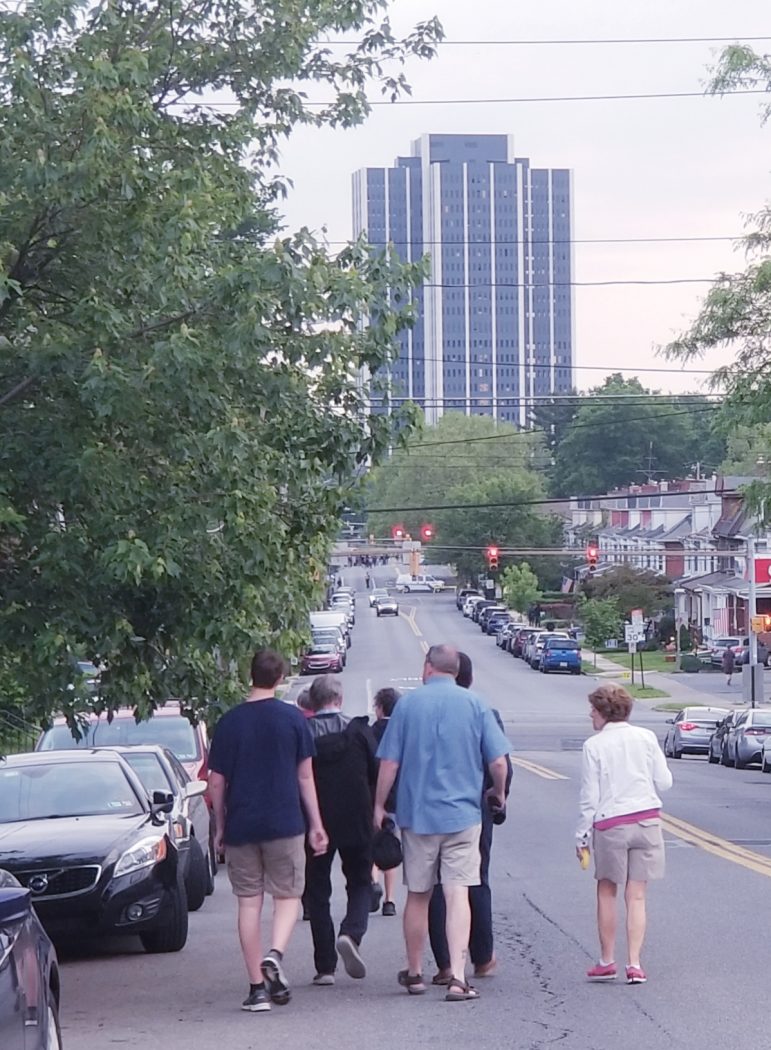 At around 6 a.m., people eager or simply curious to see the historic implosion streamed toward Martin Tower along Eighth Avenue in west Bethlehem.

The crowds fell silent as the clock struck seven as all eyes turned to the tower, which had been sprayed with water to help reduce the size of the dust cloud caused by the implosion.

A bang and a brief flash of orange visible in some of the building’s windows were followed by a loud, low rumble, and the south side of the structure began to slide, seemingly in slow motion.

From a towering landmark visible from throughout much of the Lehigh Valley to a cloud of brownish smoke and dust, the implosion of Bethlehem’s Martin Tower took mere seconds. Although Bethlehem Steel–which built it–ended its operations in the city more than 20 years ago, for many with an attachment to the company the building’s destruction also marked the end of an era. Pictured above, on the football field at Nitschmann Middle School, some spectators captured the moment by taking selfies.

As the building quickly fell in on itself gasps and exclamations could be heard from onlookers, including many people who watched the implosion from along the closed Eighth Avenue corridor, near Nitschmann Middle School and the Bethlehem Rose Garden.

That is where the photos below were shot by Saucon Valley resident and Saucon Source freelance sports reporter Rick Favere.

Saucon Source also live-streamed the demolition on Facebook, where many photos and videos of the historic event are being shared.

Tell us: Did you watch the implosion? What did you think of it? We’d also love to hear your personal stories about Martin Tower. What will you remember most about it? What will you miss about it (if anything)?

Photos below by Rick Favere 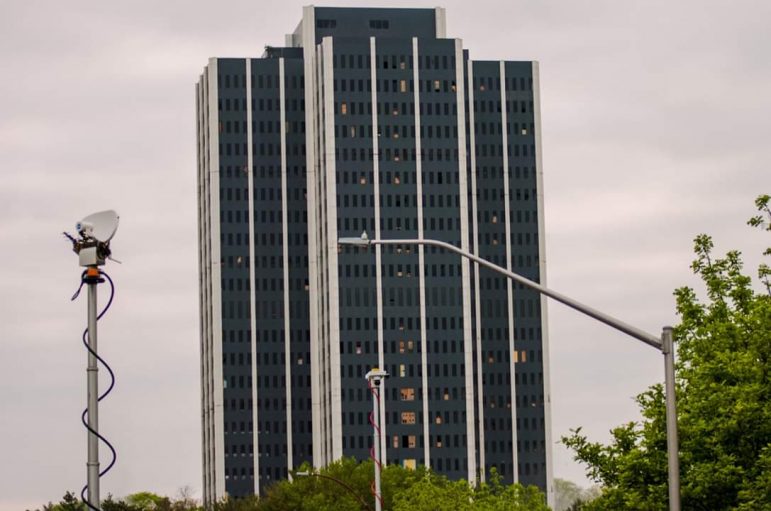 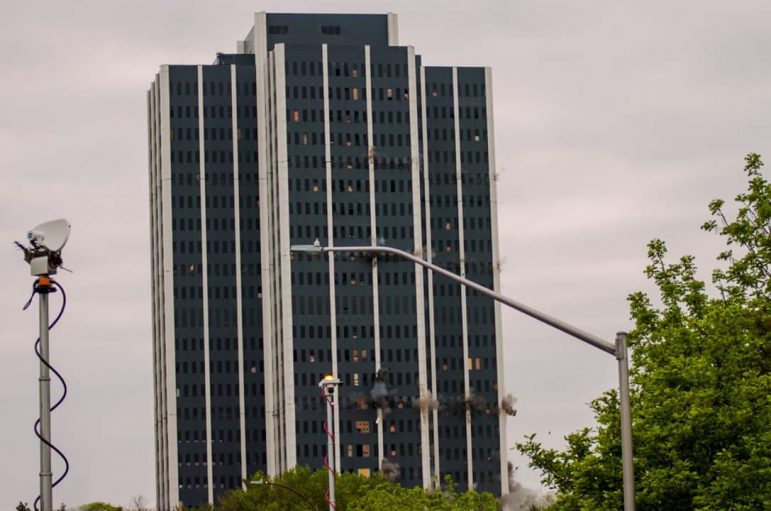 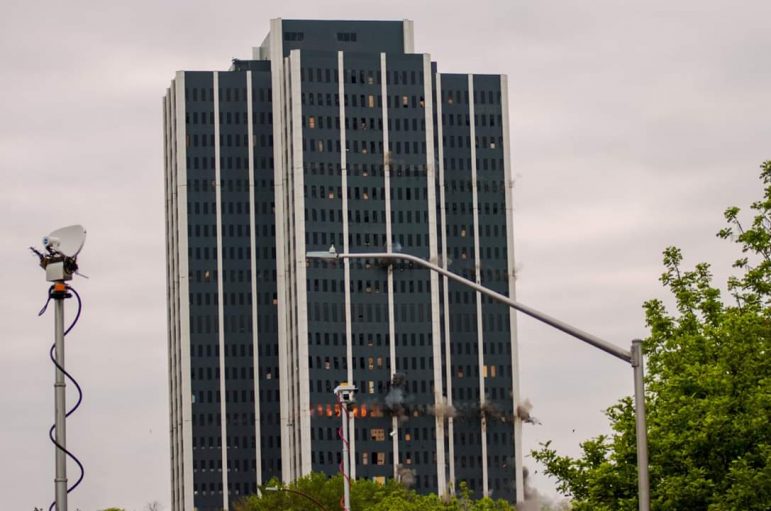 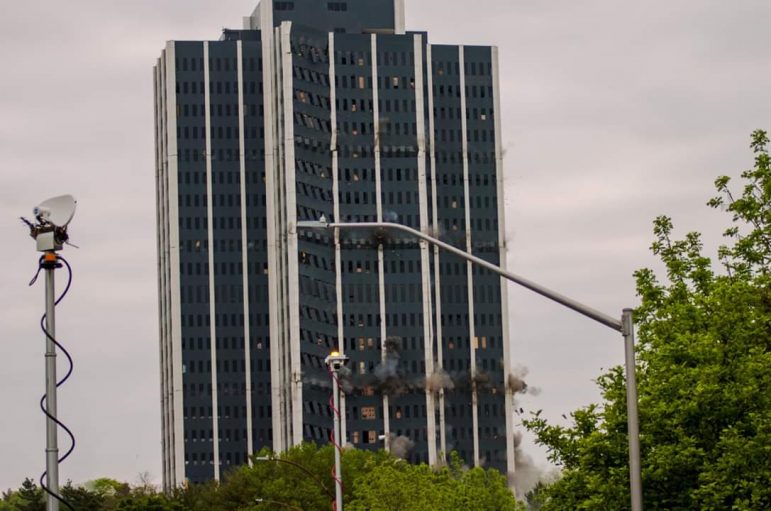 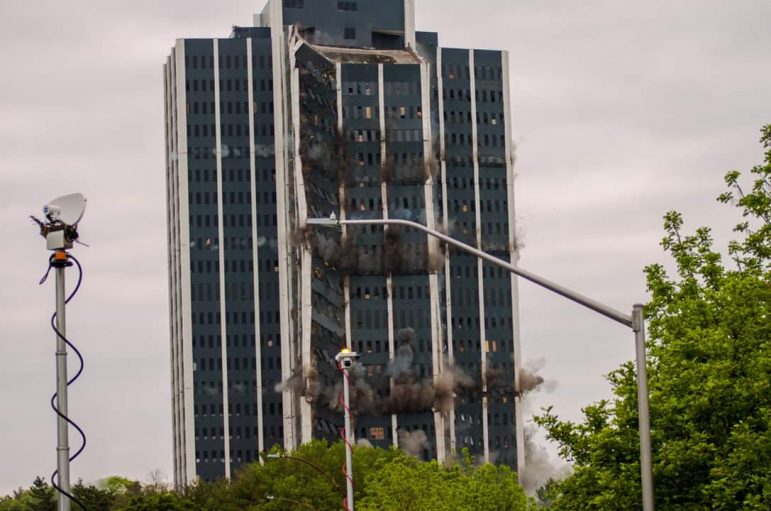 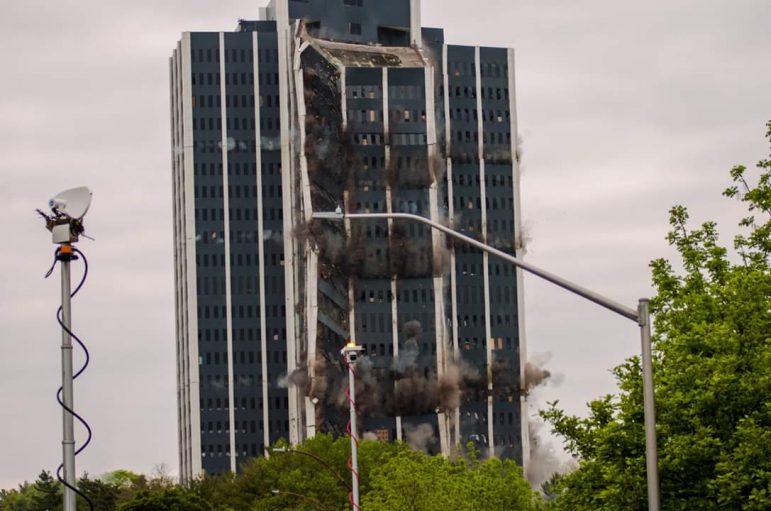 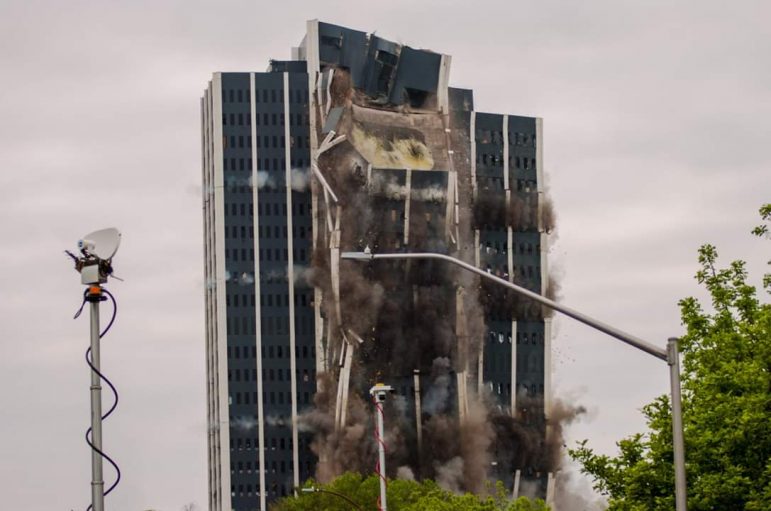 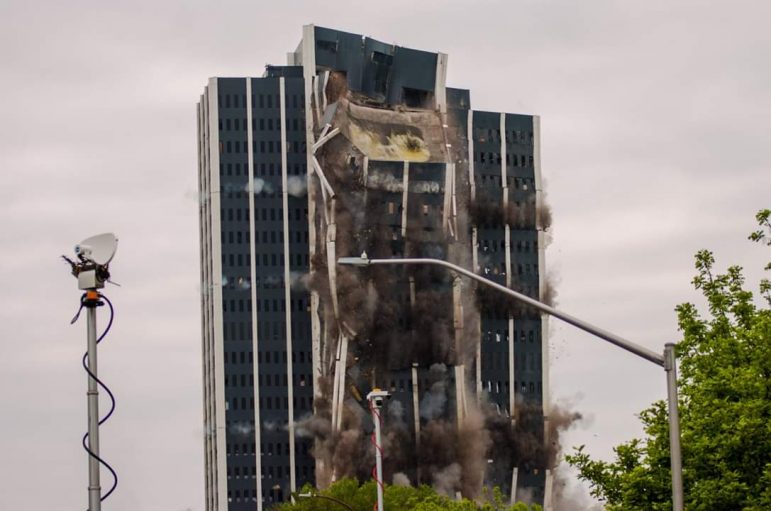 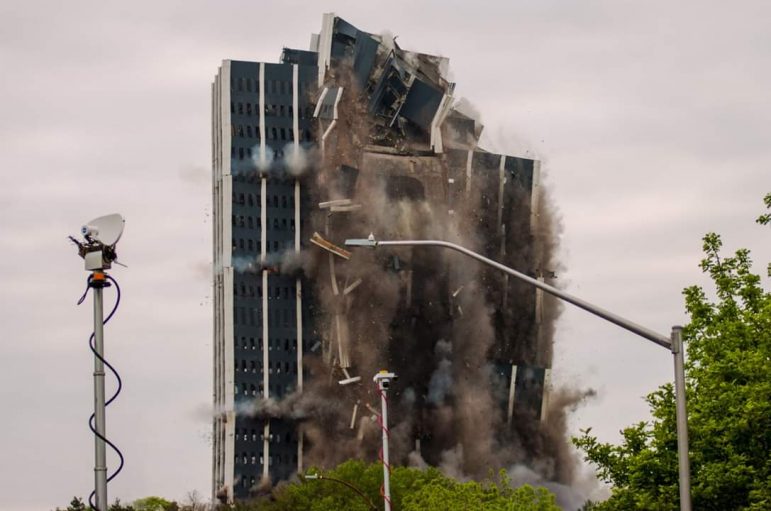 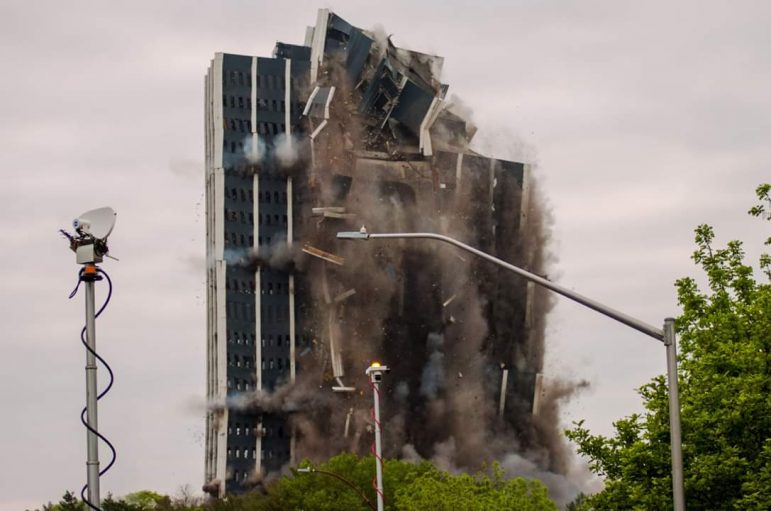 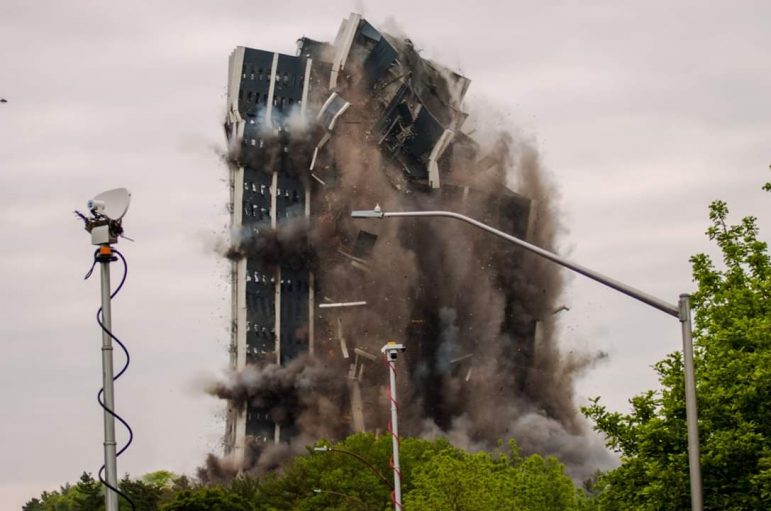 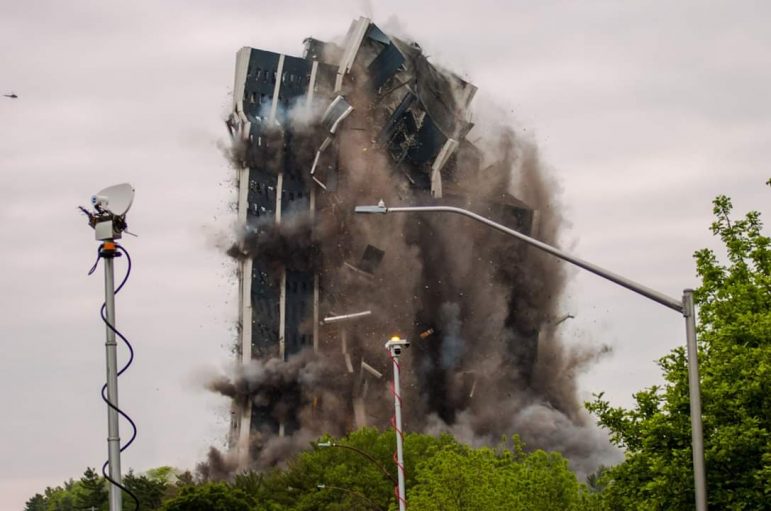 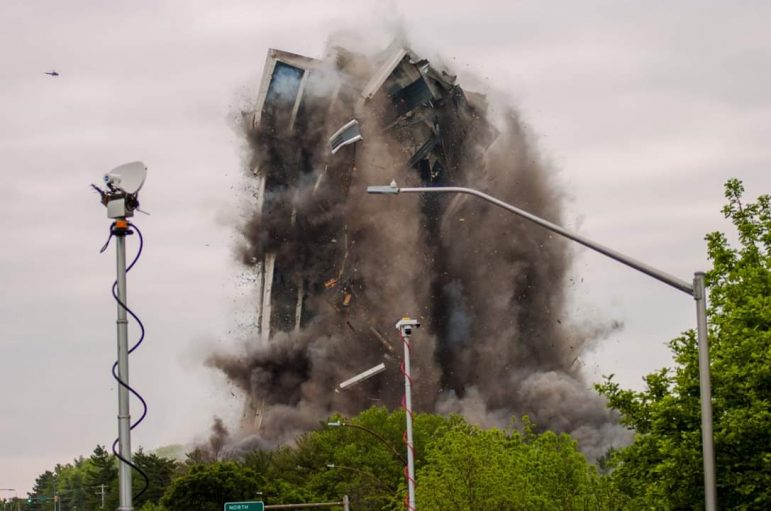 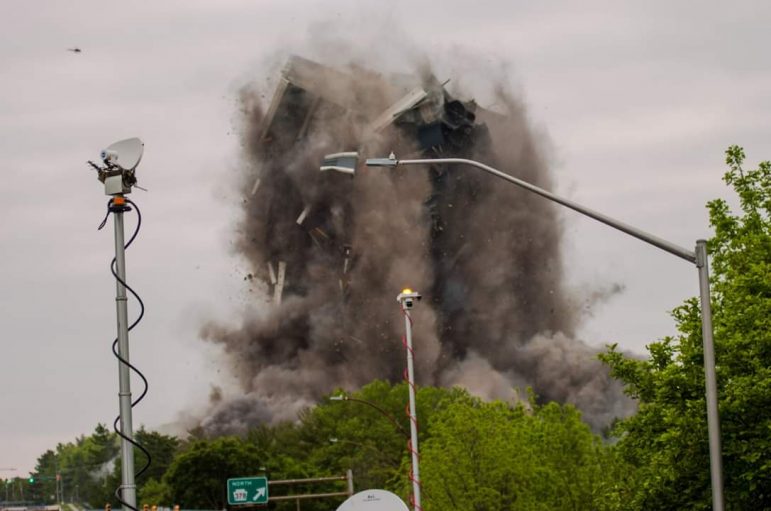 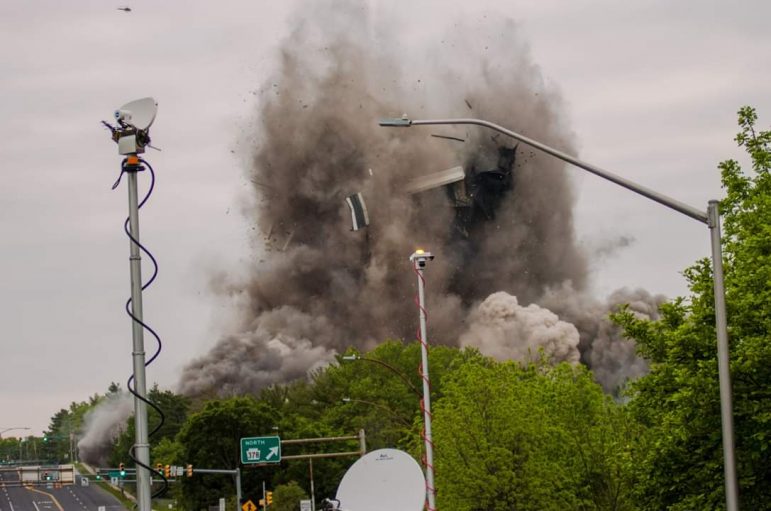 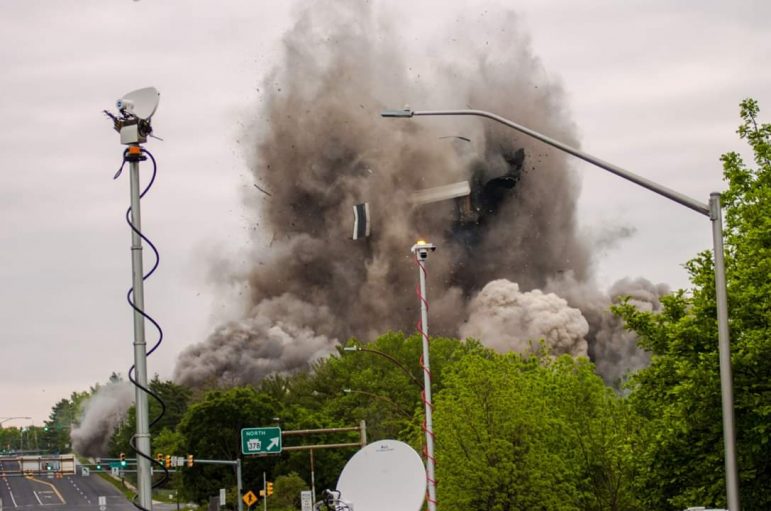 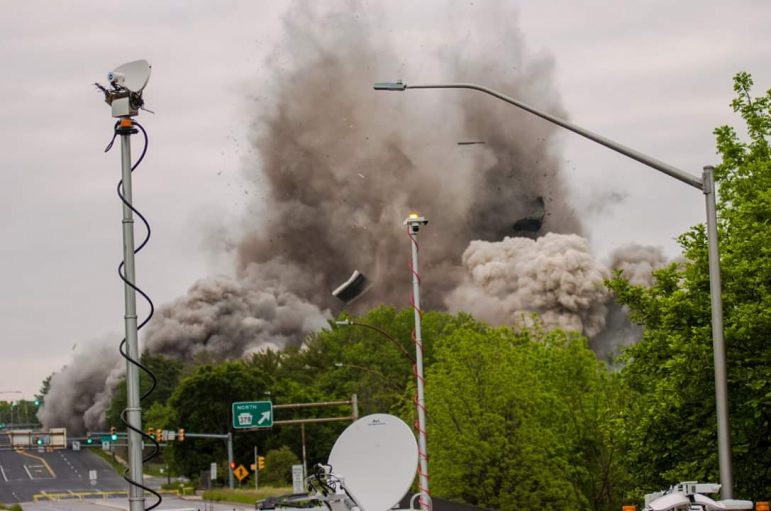 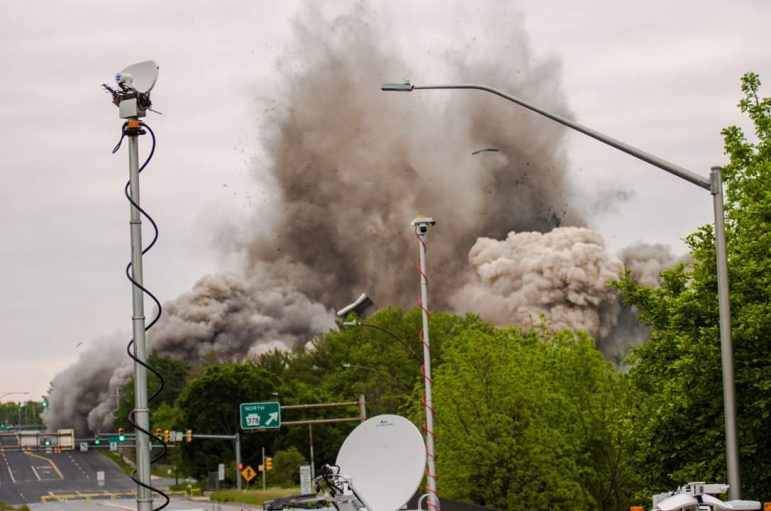 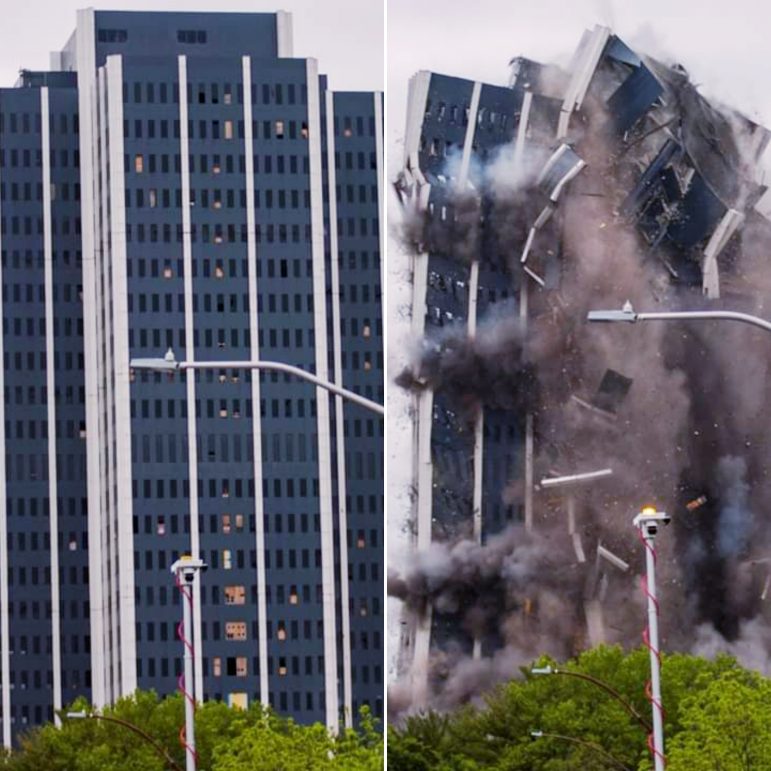 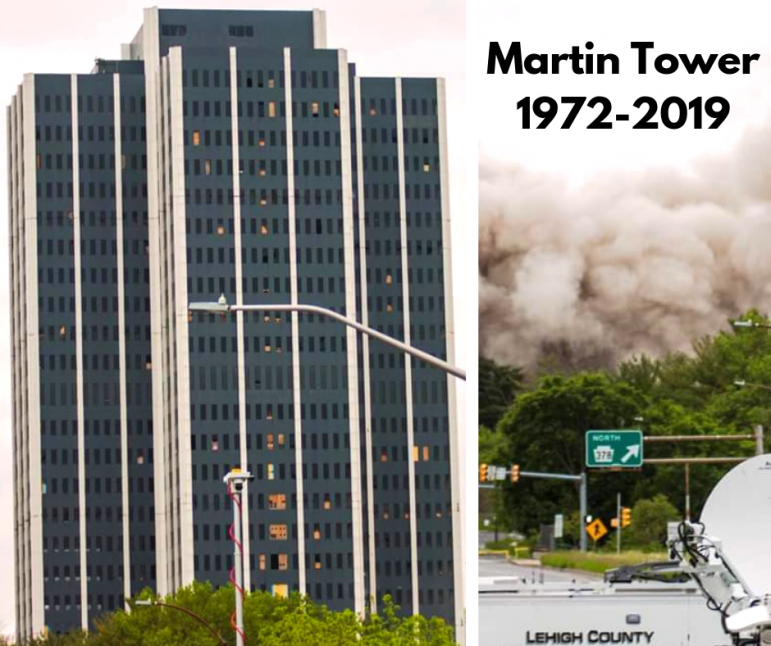 The tower just before the implosion began (left), and moments after it ended.