A bank with branch offices in Hellertown and throughout the Lehigh Valley has announced that as part of a merger with another regional financial institution it will likely acquire a new name.

SunTrust and BB&T–which has a branch at 741 Main Street in the borough–are merging to form Truist, a banking company that will be headquartered in Charlotte, N.C., it was announced earlier this week.

“Truist will reflect what we stand for–a shared belief in building a better future for our clients and communities,” BB&T announced in a post on its Facebook page Wednesday.

According to a BB&T news release about the new name, “Truist will be the sixth-largest U.S. bank holding company serving more than 10 million households in the U.S., with a leading presence in many of the most attractive, high-growth markets in the country.”

“Truist is a brand name representative of two mission- and purpose-driven companies coming together to serve our clients as a true financial partner,” said SunTrust CEO Bill Rogers in the news release. “As part of our relentless pursuit to create a better experience, we’re making a commitment to always look forward, pursue what’s next and strive to do more to further financial well-being for everyone.”

The new name won’t be effective until the completion of the merger of the two banks, and bank customers “will continue to be served…under the BB&T and SunTrust brands for the near future,” the companies announced.

They also promised a “seamless” transition “to the full Truist client experience, products and services.”

Shareholders of both BB&T and SunTrust will vote on the proposed merger of equals and the new name in the coming months, and the merger is expected to close in the third or fourth quarter of this year, subject to shareholder approvals, regulatory approvals and satisfaction of other requirements.

In the meantime, BB&T and SunTrust will remain separate and independent companies. 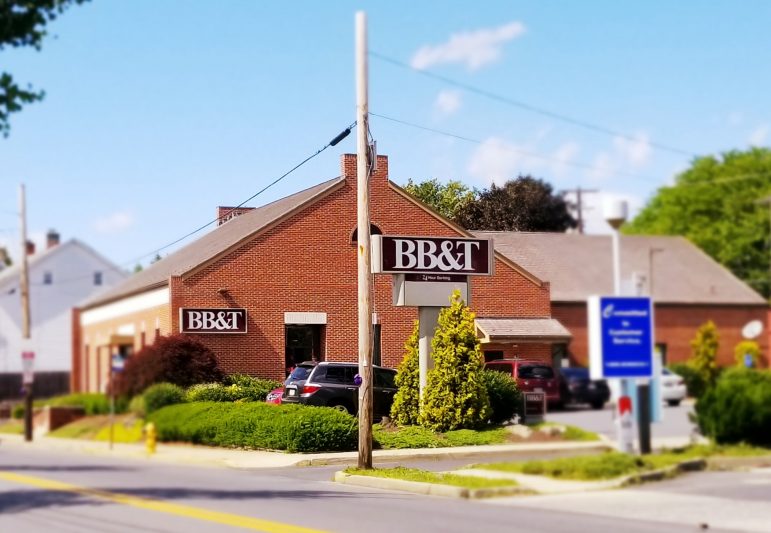 The BB&T branch at 741 Main St., Hellertown, is one of two banks in the borough. It was formerly a National Penn Bank until that company was acquired by BB&T in 2016.