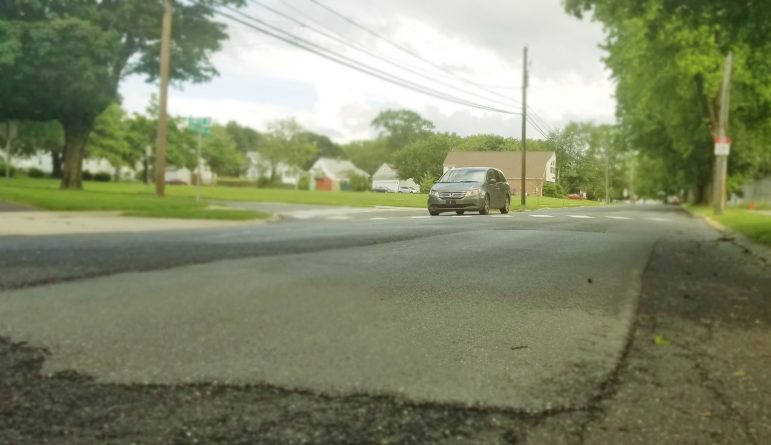 A motorist travels north on Constitution Avenue in Hellertown borough. The road will be milled beginning Monday, June 24, in preparation for a paving project that will result in a smoother surface from Walnut Street to Durham Street.

Editor’s note: For information about the new Dimmick Park playground, scroll down.

Traffic on a major road in Hellertown borough will be impacted by an improvement project that is scheduled to begin Monday, June 24.

On Thursday, borough officials announced in a Facebook post that the milling of the street in preparation for repaving it from Walnut to Durham streets will begin Monday.

“When paving begins, Constitution will be closed,” the post said.

The post indicated that “No Parking” signs will be posted along Constitution Avenue and that flyers about the road work will be delivered to adjacent residential properties.

Detour signs will also be in place.

The paving portion of the project is expected to last one to two days.

Near Constitution Avenue in the park is a new playground that has been under construction since the spring.

The playground surface still needs to be installed, and the crew building it needs at least three dry days in a row in order to do that, he said.

Given the rainy weather the area’s been experiencing this June it is uncertain how long it will be until that dry stretch of days arrives, however Rieger said that “they are planning on working through the weekend as long as it holds.”

The current National Weather Service forecast for Hellertown for Friday, Saturday and Sunday is relatively rain-free.

There is a 40 percent chance of showers on Friday, mainly before noon, and no chance of precipitation on Saturday and Sunday, according to the current forecast. 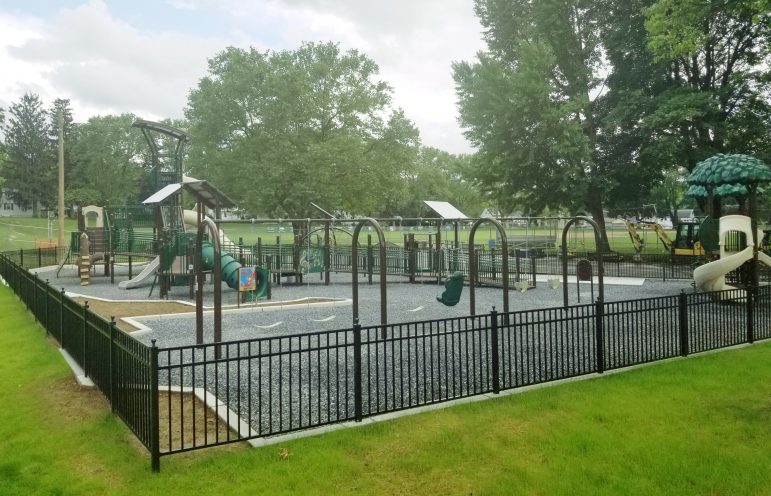 The new Dimmick Park playground will be ADA-compliant, has a safety fence around it, and features an array of state-of-the-art equipment.