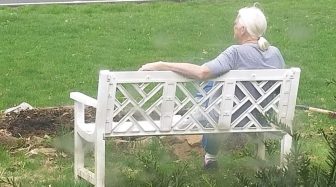 He was the husband of Eleanor T. (Keeshan). He was born in Brooklyn, N.Y., on Oct. 5, 1950 to the late Edwin and Annarose (Benedetto) Liberg. He worked in research and development.

In addition to his wife of 46 years; Dylan T. (Shawna) of Coopersburg and Corina I. Roman (Michael) of Perkasie; siblings: Patricia Minikel (Larry) of Wantagh, N.Y., and Kevin Liberg of San Francisco, Calif.; grandchildren: Annah, Layne, Andrew and Mollee. He was predeceased by a brother: Robert Liberg.

Services will be held privately. Online expressions of sympathy can be recorded at HeintzelmanCares.com. Arrangements are by the Heintzelman Funeral Home Inc., Hellertown.

In lieu of flowers, memorials in memory of Wayne may be made to Trinity Evangelical Lutheran Church, 2170 PA Rt. 212, Coopersburg, PA 18036.