A Freemansburg man is facing arson and related charges after police say he allegedly started a garage fire while using a lighter to burn ants near the Willow Grove Hotel in the borough earlier this month. 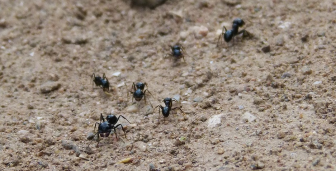 According to a story published Thursday by Lehigh Valley Live, Alan Davis, 61, was allegedly seen near the garage for about 10 minutes before leaving the vicinity just before smoke was seen, as captured on a nearby business’s surveillance video.

Three firefighters suffered minor injuries battling the July 12 fire in the building which is used for storage and as a workshop, the article stated.

As of Thursday afternoon a preliminary hearing for Davis had not yet been scheduled, according to the records.