A Bangor woman is charged with felony retail theft after police say she allegedly stole a box of Claritin allergy medication from the Giant food store in Lower Saucon Township Aug. 2.

In a post on their Crimewatch site Thursday, police said Jennifer Udell, 45, was in the custody of Giant asset protection personnel when an officer arrived at the store last Friday in response to a report of a retail theft in progress. 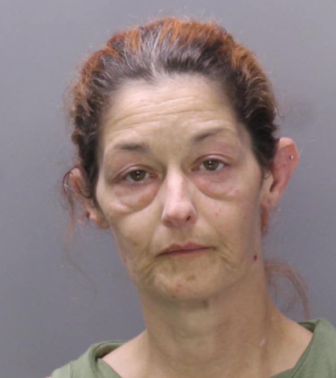 Police said the staff allegedly “witnessed (Udell) leave the store without paying for a box of Claritin” before re-entering it and attempting to return the Claritin in order to obtain $18.98.

Police added that Udell was allegedly found to be in possession of multiple pieces of drug paraphernalia, which were in her purse.

According to Giant store security, Udell is a serial shoplifter who has “committed this same type of theft 61 times since May 8, 2019 at multiple Giant Food stores in Northampton County,” police said.

Udell, who is also charged with possession of drug paraphernalia and theft by deception, was freed on $25,000 unsecured bail following a preliminary arraignment before District Judge Alan Mege Aug. 2, according to police and court records.

A preliminary hearing in her case is scheduled to be held Aug. 27 at 10:30 a.m. before Mege, court records state.