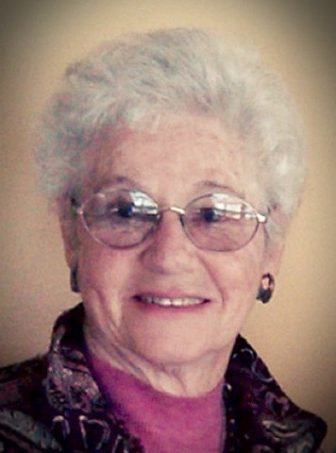 She was the wife of the late Kenneth E. Bloss Sr. (died May 6, 1985). She was born in Freemansburg on Jan. 13, 1925 to the late Emil and Margaret (Eustis) Schwartz. She had worked at the former Forte Tie Co. for several years. Virginia was a member of the former Trinity UCC, Freemansburg, where she had served on its Altar Guild; the Edward H. Ackerman American Legion Post 397, Hellertown; Lower Saucon Township Historical Society; Calypso Chapter #163; and the Order of the Eastern Star, Bethlehem. In 2010, Virginia was inducted into the Pennsylvania Voter Hall of Fame for her outstanding citizenship demonstrated by her participation in every general election for at least 50 consecutive years.

Family and friends are invited to call from 12 to 1 p.m. Sunday, Sept. 8, 2019 at the Heintzelman Funeral Home Inc., 326 Main St., Hellertown. The calling hour will be followed by the service at 1 p.m. The interment will conclude services at Union Cemetery of Hellertown. Online expressions of sympathy can be recorded at HeintzelmanCares.com.