Quakertown Police Friday announced the arrest of a Coopersburg woman on an outstanding warrant and a new charge of Misdemeanor 2 Flight to Avoid Apprehension/Trial Punishment, according to police and court records. 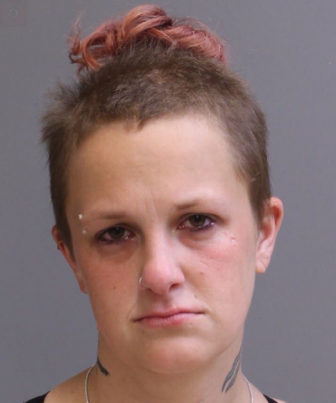 In a post published on their Crimewatch site, police said Courtney Michelle Willemet, 25, was arrested Aug. 13 on Front Street “on an active bench warrant out of Bucks County and for intending to avoid apprehension.”

Court records show that in early January Willemet pleaded guilty to DUI: Controlled Substance, Schedule I and other charges brought by Pennsylvania State Police at Dublin in a case that was adjudicated in the Bucks County Court of Common Pleas.

After a sentence and penalty were imposed in the case, a notice that included an itemized accounting of court costs and fees that was sent to Willemet was “returned as undeliverable,” court records state.

Later, a civil judgment against Willemet was entered and several delinquency notices were filed by the court, according to the records.

As of Friday, Willemet remained incarcerated in the Bucks County Correctional Institution in lieu of 10 percent of $25,000 bail; bail that was set at a preliminary arraignment that was held Aug. 15 before District Judge Lisa Gaier, per records.

A preliminary hearing in that case is scheduled to be held before Judge Geier in Richland Township on Oct. 10 at 2:15 p.m., according to court records.

A separate probation/parole violation hearing for Willemet is scheduled to be held Sept. 25 at 9 a.m. before Judge Raymond F. McHugh in Courtroom 420 at the Bucks County Courthouse in Doylestown, court records state.

In that case, Willemet is being represented by attorney Thomas Logan of Doylestown, according to records.