UPDATE: A GoFundMe account has been established for the benefit of Michael Carroll’s family, including his wife Allison and their three young children. According to the page, which was set up by Courtney McNally, it will “help cover expenses, groceries, supplies, etc.” As of Tuesday afternoon more than $1,400 had been raised. To visit the page and/or make a donation, please click here. 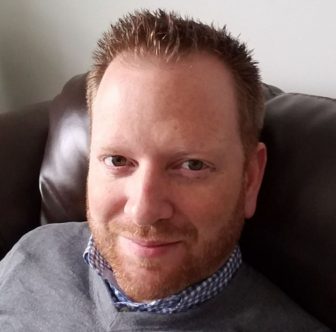 Lehigh Valley Live reported that Michael Carroll, 38, died of complications from multiple traumatic injuries attributed to the single-vehicle crash, which happened around 6:30 p.m. Sept. 13 in the 5300 block of Old Bethlehem Pike.

That section of road is between Landis Mill and Spring Valley roads, just east of Rt. 378.

The news site reported that Carroll’s car veered off the road and struck a tree, and that the Lehigh County Coroner’s office–which is investigating it along with the Upper Saucon Township Police Department–classified Carroll’s death as an accident.

According to Carroll’s public Facebook profile, he was president of SmartAcre, a Bethlehem marketing agency.

The profile also states that he was a graduate of Palisades High School and attended Bloomsburg University.