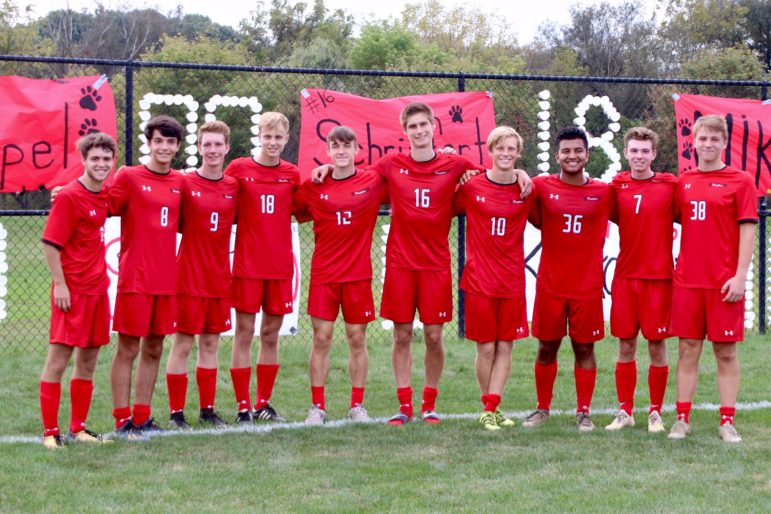 The 10 seniors on Saucon’s boys’ soccer team were honored Saturday at their senior day. Saucon student Kiya Humphries set the tone for the special day as she kicked off the festivities by singing the National Anthem. Balloons and banners decorated Saucon’s field as the cheerleaders rooted the Panthers on against the Salisbury Falcons.

Almost mid-way into the first half, senior Matt Konkolics scored from an assist by junior Ashton Gonsalves. 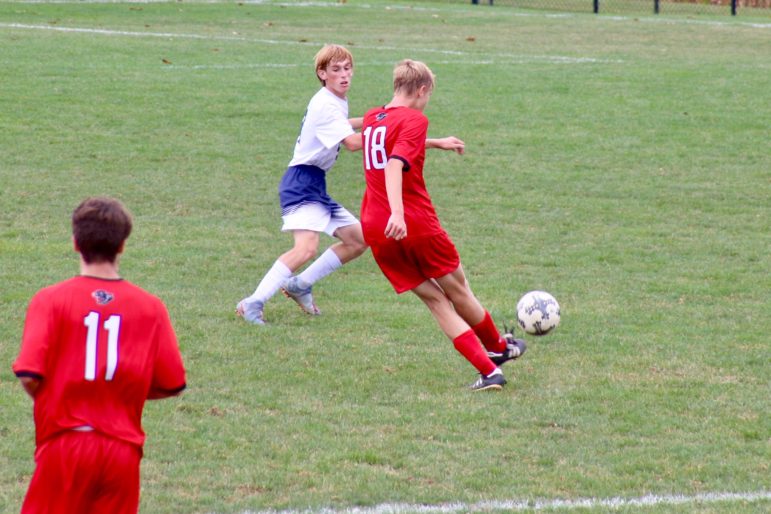 Matt Konkolics on his way to scoring the first goal of the game. 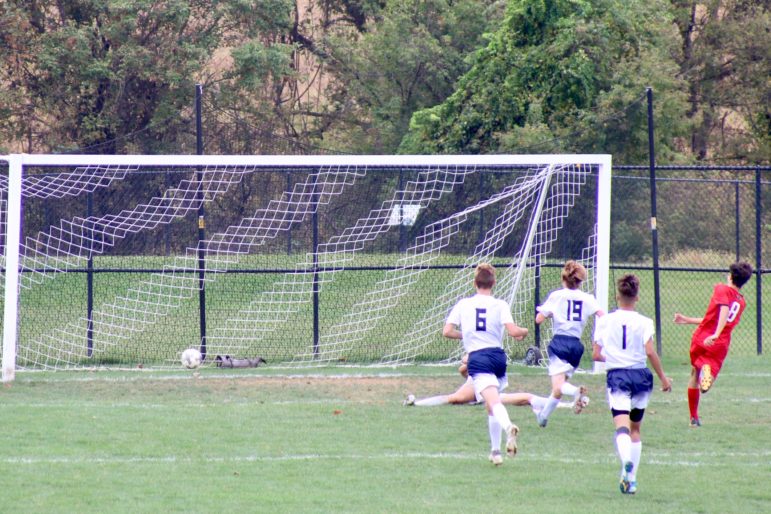 Zach Appel places the ball in the net for the second goal. 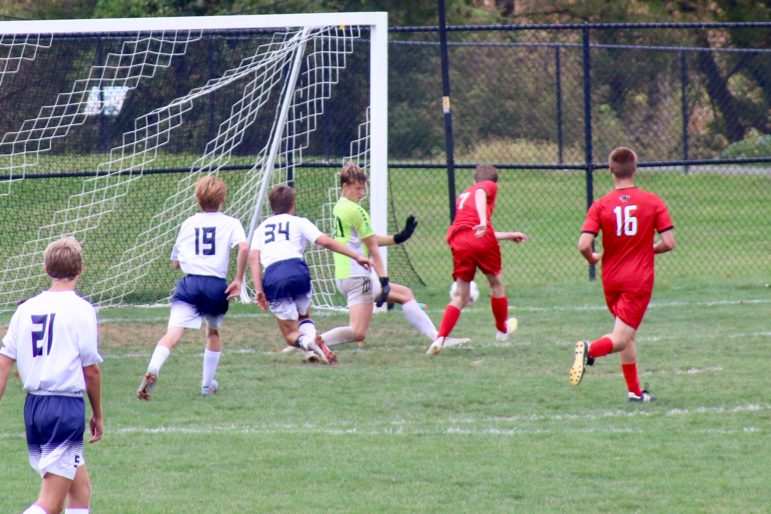 Senior Ethan Kennedy scores the third goal of the game.

The Panthers had momentum and possessed the game with senior Nick Snead seeing very little action in goal. 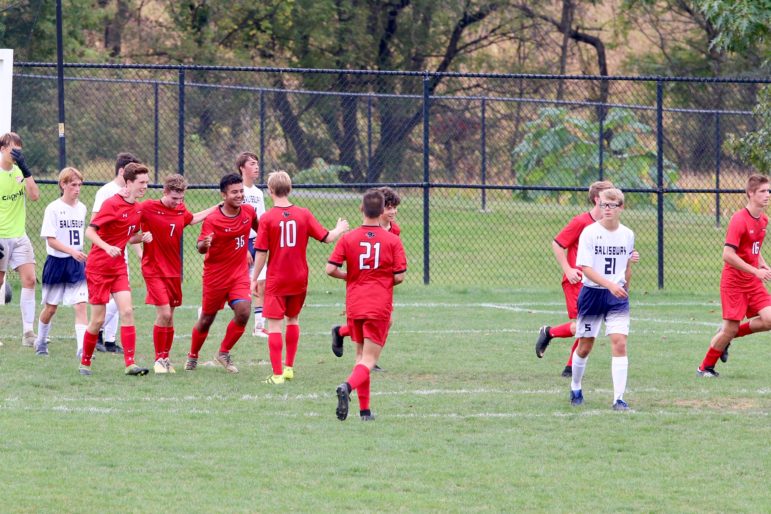 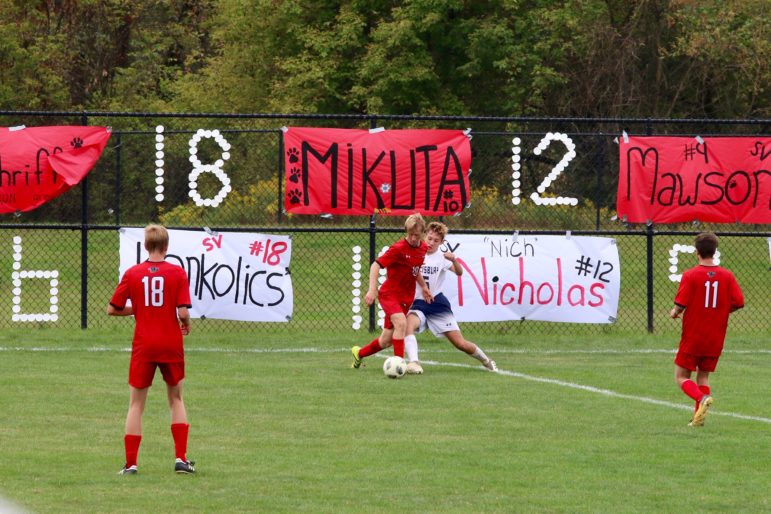 The second half was similar to the first half with Saucon dominating the game. Salisbury did have several chances to score, but senior defenders Josh Mawson and Garrett Laub ruined any real chances the Falcons had of getting on the scoreboard. In the last two minutes of the game senior Greyson Schriffert scored the sixth and final goal of the game, with an assist by Zack Mikuta. 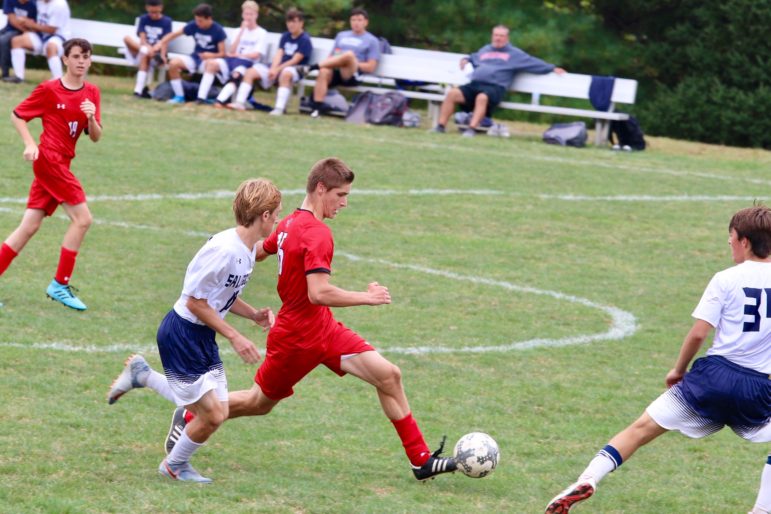 Greyson Schriffert on his way to scoring the sixth and final goal of the game.

As soon as the game was over a favorite Saucon teacher, Mr. Mario Marcozzi, emceed the Senior Day ceremony. He started off by recognizing the Salisbury senior players: Abdi Caballero, Nicholas Jones, Aaron Kahn, Michael Sosnowski and Michael Tiao.

The cheerleaders cheered and the underclassman formed a tunnel for the seniors to walk through as they met their parents midfield, with flowers for their mothers. Mr. Marcozzi read each senior’s favorite quote and advice to the underclassman from their bios in the senior booklet.

Already qualified for districts, the team ends their regular season Tuesday with an away game at Palisades. 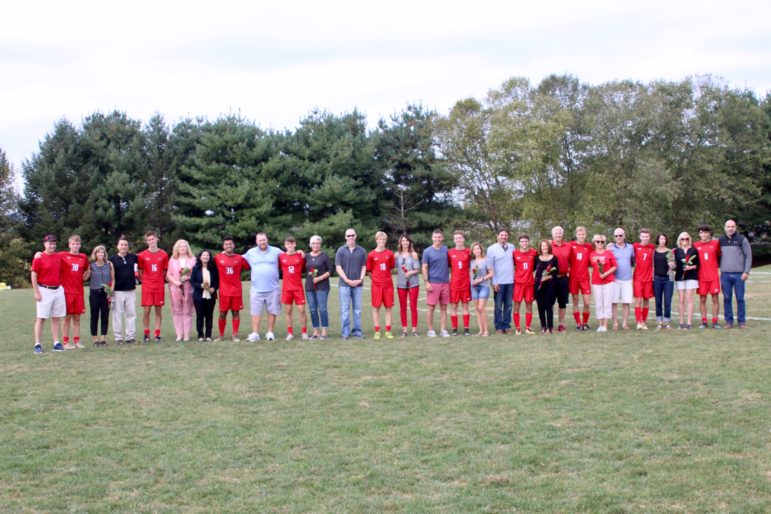 Saucon senior boys soccer players and their parents gathered on the field for the Senior Day ceremony.