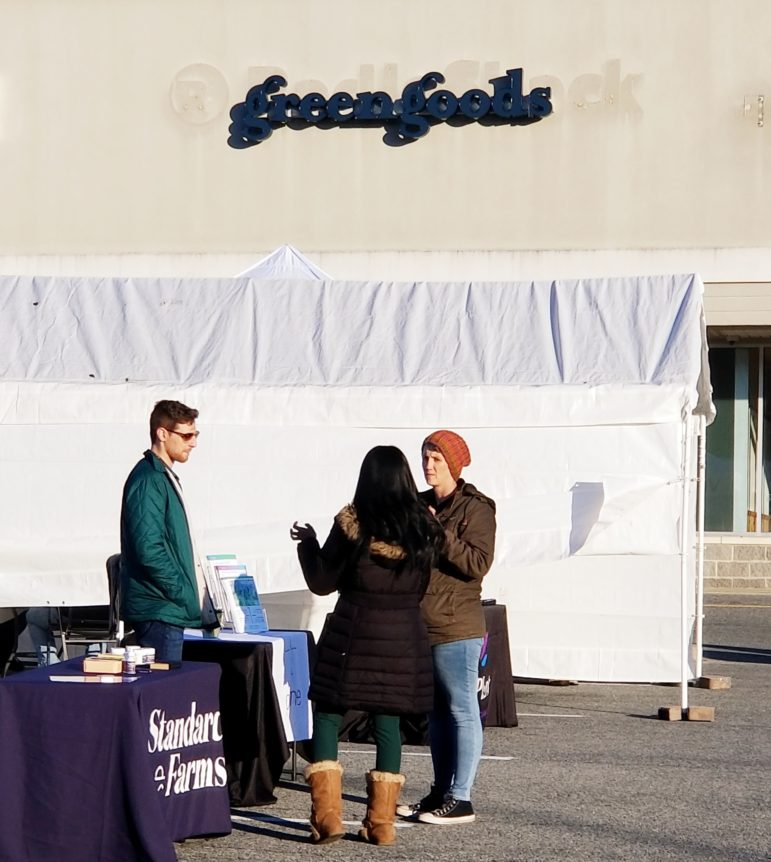 Green Goods Bethlehem is now open at 3679 Rt. 378 in the Saucon Square shopping center in Lower Saucon Township. A grand opening event featuring information booths set up by various medical cannabis companies as well as a food truck was held in the parking lot Wednesday. Access to the store is restricted to patients, caregivers and staff.

Located in a store that formerly housed a RadioShack, the business doesn’t appear out of the ordinary. And that’s at least partly by design, since the company is required by law to keep the products it is licensed to sell in Pennsylvania and a number of other states under lock and key. In fact, only patients and caregivers with a certification from the state to use medical marijuana are permitted to enter the store, whose entrance is secured by two sets of locked doors. Even staff without the proper credentials aren’t permitted inside.

Paloma Lehfeldt, MD, is the Director of Medical Education for Vireo Health, the Midwestern company which owns the store and several others that are now open or in the pipeline in northeastern Pennsylvania.

At a grand opening event complete with a taco truck which was held at the store Wednesday, she explained that Vireo has a “grower processor” facility in Scranton, which is where another Green Goods dispensary opened last month. A third store will be opening soon in Stroudsburg.

“We grow all of our own plants,” said Lehfeldt, who was one of two employees manning a booth set up in the parking lot outside the store. She explained that a line of their cannabis products called 1937–a reference to the year in which marijuana became a prohibited, Schedule I substance in the United States–is also symbolic of the company’s view that “we’re standing on the right side of a wrong prohibition.”

Cannabis products from Green Goods are available with varying levels of THC–the principal psychoactive cannabinoid in the cannabis plant–because “everyone has their sweet spot,” and the gelcaps they come in are vegan and gluten-free. And cannabis products produced by other companies are also sold in the dispensaries. 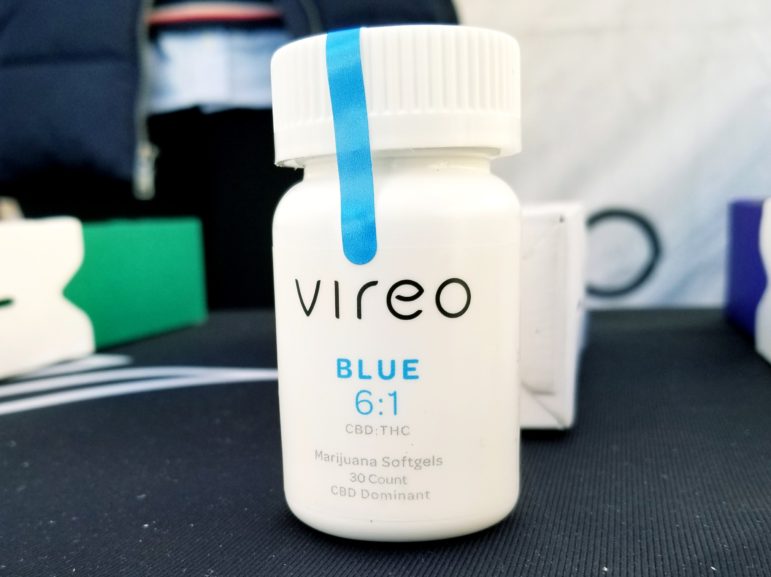 Education is an important component of the patient experience at Green Goods, Lehfeldt said, “so everyone can take ownership of their medication.”

Another company priority is helping patients reduce their dependence on opioids, which she said is something cannabis use can help accomplish.

Although the typical patient is an older adult–for example, the average age of a marijuana-prescribed patient in New York is 54, said Vireo Sales & Marketing Manager Eric Miller–under certain circumstances it can be prescribed to individuals under the age of 18.

Lehfeldt said the U.S. Food & Drug Administration (FDA) has only approved two pediatric uses–to help reduce seizures in some children–but she believes that cannabis can and should be used to treat other conditions in minors.

“I want kids (who would benefit medically from it) to have access to cannabis,” she said.

Miller said that if parents are worried about teens accessing marijuana for recreational use via their facility, they shouldn’t be, as security–along with just about everything else at the dispensary–is heavily regulated.

Currently most medical marijuana patients must pay out of pocket for anything they purchase at Green Goods, since neither Medicare/Medicaid nor most insurance companies will cover the cost of doctor-prescribed cannabis.

However, Lehfeldt said that’s another thing she hopes will change in the years to come.

“I call it spreading the cannabis gospel,” she said.

If someone believes the use of cannabis may be of benefit to their health, the first step Lehfeldt said is to visit the Pennsylvania Department of Health website.

The conditions for which cannabis is an approved therapy in Pennsylvania are listed there, and if you have a qualifying condition, the next step is to visit a certified physician in order to obtain a prescription.

Lehfeldt said Green Goods representatives plan to participate in local community events, as they work not only to help patients who need cannabis access it, but also endeavor to reduce the stigma that still surrounds the use of marijuana, at least for some people.

And with the opening of Green Goods, something that has not been legally available to local residents for many years will again be taken home with them, at least in some cases. 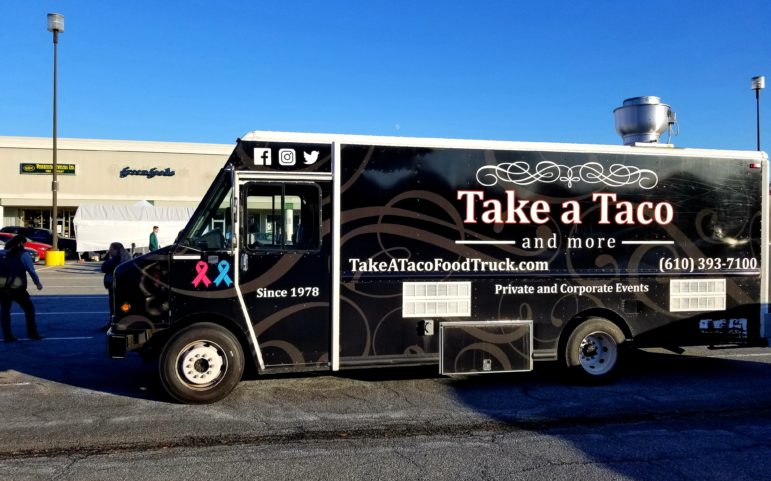 Food was available from the Take a Taco truck at the grand opening event held by Green Goods outside their new store in Lower Saucon Township Wednesday. 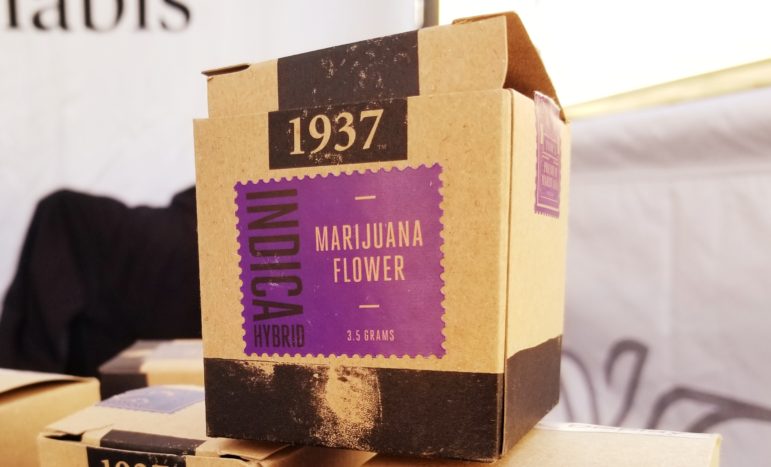 A line of cannabis products produced by Vireo Health for sale in their Green Goods dispensaries is called “1937,” which is a reference to the year in which marijuana was classified as a Schedule I substance according to federal laaw. 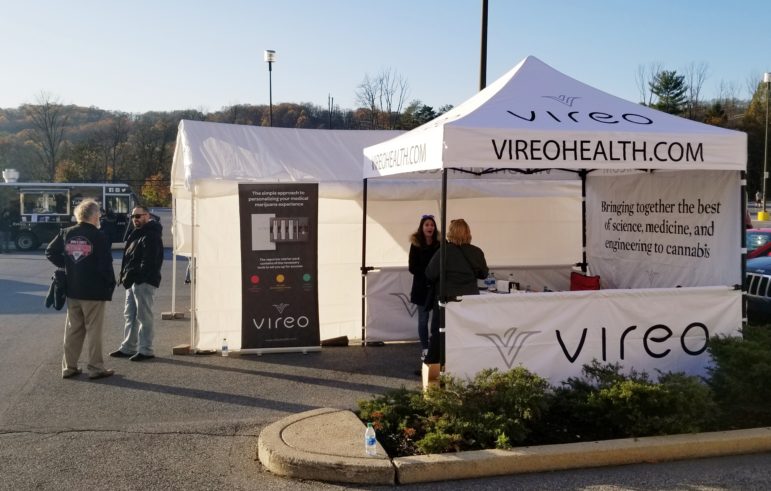 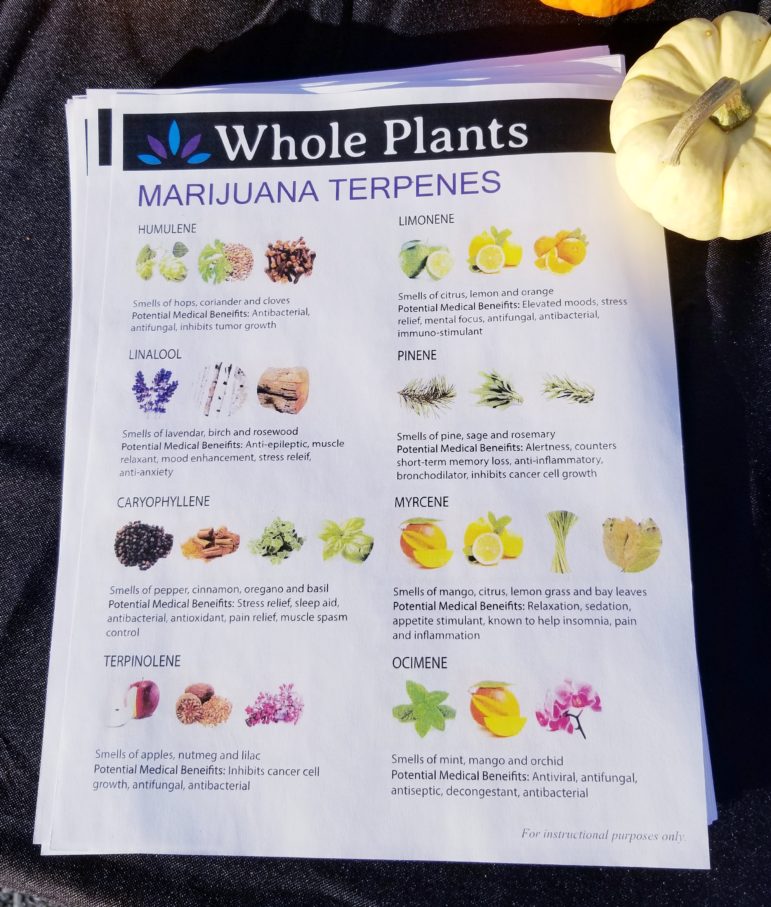 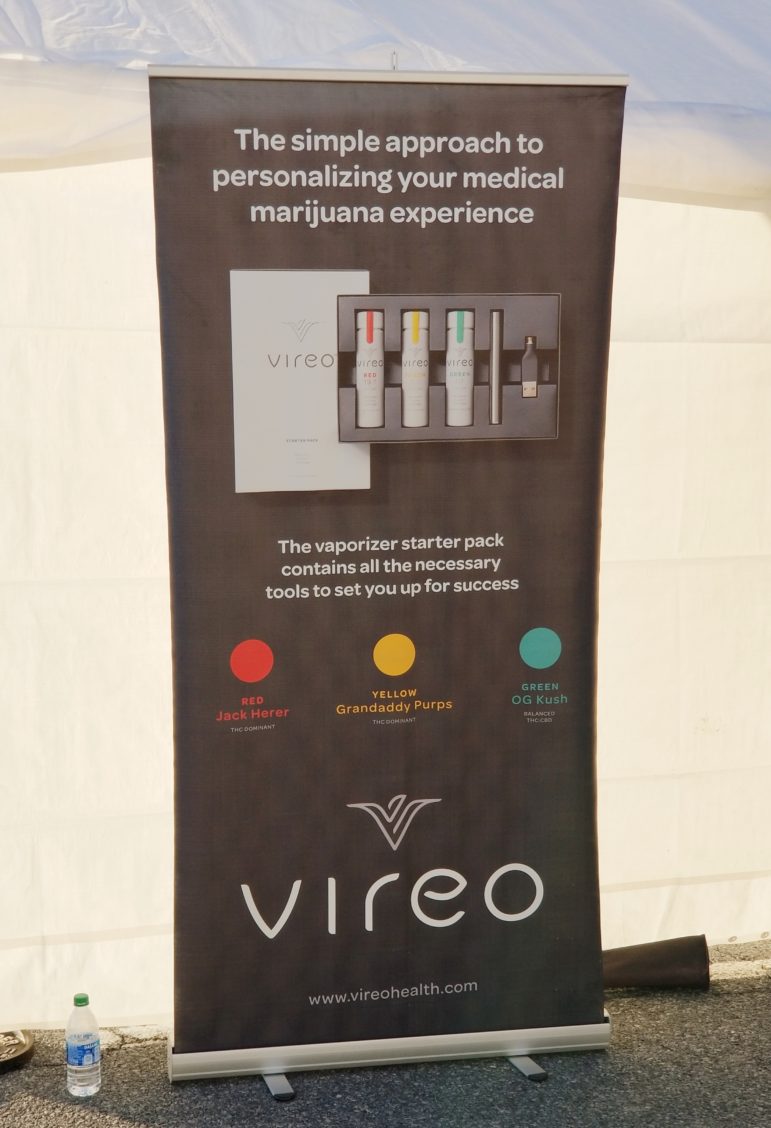