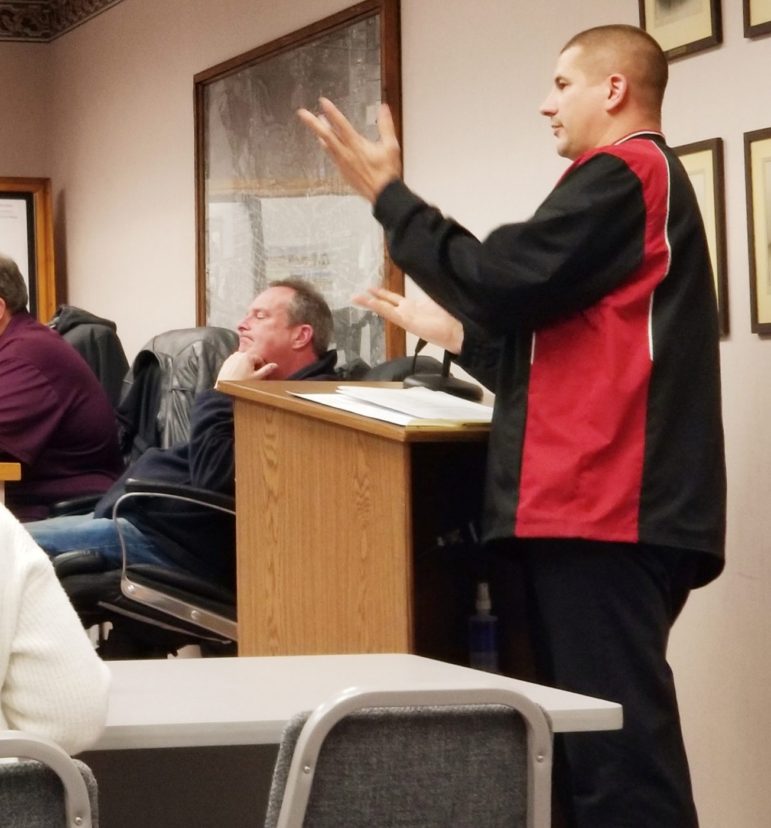 A new fire truck is required in order to help maintain public safety, Dewey Fire Company officials maintained Monday, but several Hellertown Borough Council members were skeptical of their request to purchase one that comes with a seven-figure price tag.

“This is a very leveraged proposal. This is kind of risky,” councilman Andrew Hughes told fire chief Mike Maguire and others from the fire company who attended in support of the request. “Is this a need or a want? I don’t have 100 percent confidence that this is a need.”

The new quintuple combination pumper or “quint” truck would be built by HME of Grand Rapids, Mich., at a cost of approximately $1.07 million, and would be delivered in late 2020 or early 2021.

It would replace a 2006 KME fire truck that has become both a financial liability to the fire company and a safety liability for the borough because it is so often sidelined by repairs, Maguire said.

Councilman and Dewey volunteer Phil Weber cited the fire company’s bad experience with the KME truck as one of the reasons he isn’t sold on buying the HME quint.

Weber commented that he was a member of borough council when the decision to purchase the KME fire truck was made nearly 15 years ago, and he said the specs for that vehicle sounded as great as those for the HME do now.

He said he is also wary of the proposal because he is unfamiliar with the HME brand.

Randy Yardumian of the Dewey Fire Company truck committee said HME has been building vehicles for 100 years and building fire trucks for the better part of six decades.

Although it is well-known in other parts of the country, the brand is little-known in the Mid-Atlantic states, council was told.

Yardumian called the quint a “working man’s truck” and echoed fellow firefighter Lt. Matt Simkovic’s characterization of it is a practical vehicle.

“This is not a parade piece,” Simkovic told council. “This quint, in my personal opinion, is a life and death decision. This helps me get back to my wife and kid. This is not only to help Hellertown borough, it is also to help your volunteers get back home.”

Simkovic said new residential construction in the borough has escalated the need for a truck with extended firefighting capabilities.

“We are building stick-frame highrises for some of our most vulnerable population,” he told council, whose members asked questions and debated whether or not to approve the purchase for nearly two hours.

Council president Tom Rieger expressed concerns both about the financials for the proposed transaction and the longer-term financial impact the purchase would have.

There is currently slightly more than $1 million in the borough’s capital apparatus account, from which money would be drawn to help pay for the truck.

Even with the sale of the KME truck, which hasn’t been finalized, much of that reserve would be depleted, at least in the short term. 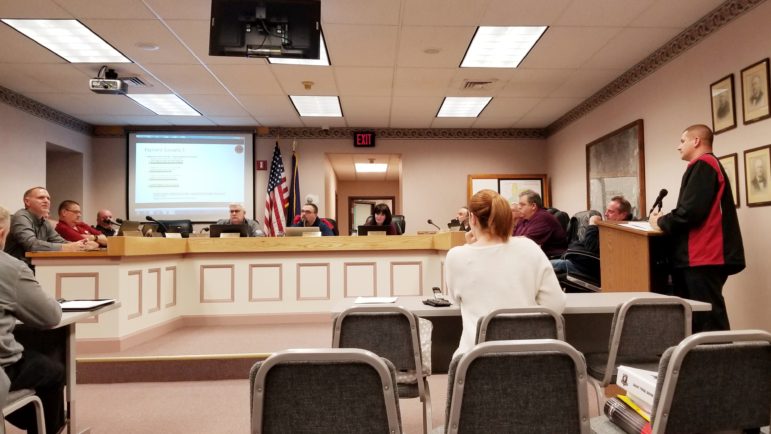 “I don’t think we should count on a single penny from that KME until the title transfers,” Rieger told Maguire and the others. “That’s hedging our bet a little more than I’m comfortable with.”

“I want to make sure it’s the right thing for Hellertown,” said Weber of the proposal.

“You’re not there for me yet on the finances,” Rieger then said.

Councilman Gil Stauffer called the proposed purchase “a business decision” and suggested that the borough seek an independent, third-party evaluation of the truck’s specs and review that before making a final decision. However the HME quote the fire company has in hand is only good through Dec. 31, and a decision on it would therefore have to be made at council’s next meeting.

There isn’t time to obtain that type of evaluation in less than two weeks, council members agreed.

In lieu of their own study, council ultimately approved a motion to table the decision about whether to purchase the truck until the next meeting, with stipulations that a study Lower Saucon Township recently commissioned regarding its need for a ladder truck be reviewed, and that fire company officials answer follow-up questions following its review.

The study concluded that Lower Saucon Township needs such a vehicle, and although the borough has different physical and demographic characteristics than the township does, council members appeared to believe reviewing an adjacent municipality’s study would be better than doing nothing.

The result was identical when council next voted on whether to table the sale of the KME fire truck for $150,000.

The Dec. 16 meeting–council’s final meeting of 2019–will be held at 7 p.m. in Hellertown Borough Hall, 685 Main St., Hellertown. Meetings are held on the second floor and are open to the public.

In other business at Monday’s meeting, council unanimously approved a final budget for 2020 that holds borough real estate taxes steady. 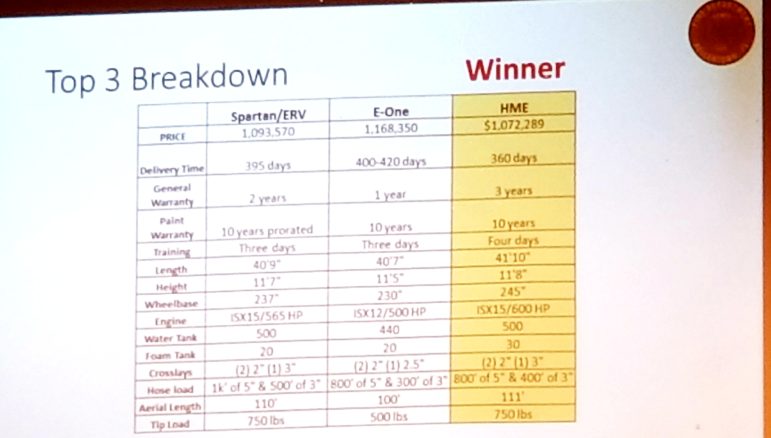 This side-by-side comparison of three bids for fire trucks received by Dewey Fire Company was projected on a screen at Hellertown Borough Council’s meeting Monday night. Council was told the all-volunteer company currently has 10 members who are qualified to drive the truck. 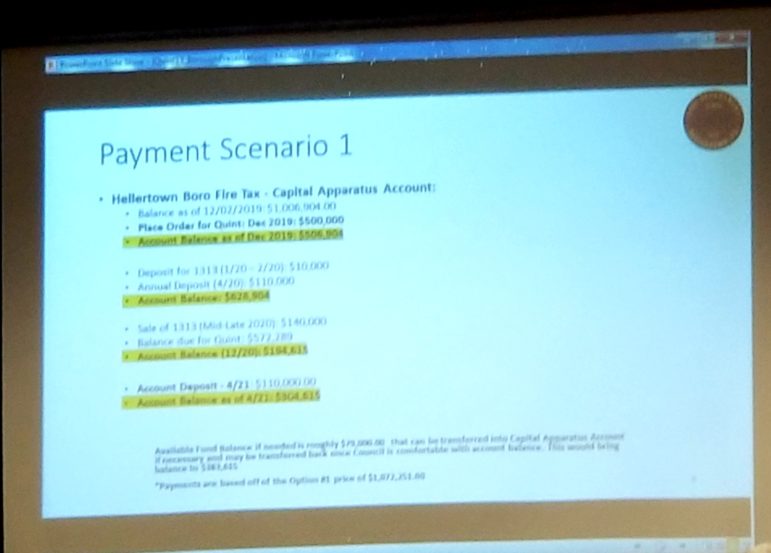 Several council members said they were unhappy about the proposed financials for the purchase, and that they feel it would financially overleverage the fire company and the borough, whose balance in its Capital Apparatus account would drop from approximately $1 million now to just under $200,000 a year from now (according to the projections presented, above).