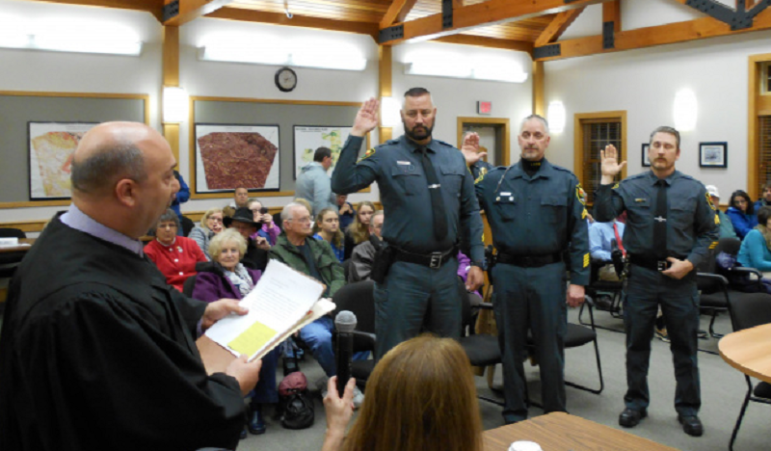 Three veteran officers from the Lower Saucon Township Police Department were promoted and officially sworn in as corporals at Wednesday night’s council meeting.

Ofc. Thomas Louder is a full-time officer who’s been with the department since October 2005 and serves as one of its firearms instructors.

Ofc. Chuck Werkheiser has been a full-time officer with the department since August 2009 and serves as its defensive tactics instructor.

Ofc. Kyle Haggerty has been a full-time officer with the department since February 2010 and serves as the D.A.R.E. instructor.

Chief of Police Thomas Barndt was on hand to congratulate his new corporals, who he said he looks forward to working with on their shared goal of providing the best police services to the township.

This month officers from the department are participating in a followup fundraising campaign to their “No Shave November” called “Double Down December.”

All of the Double Down December donations will go to St. Luke’s University Health Network’s Cancer Compassion Fund.