The Fountain Hill Borough Planning Commission met Monday to consider a special exception which would allow Ashley Development Corporation to demolish the Hosey building as part of their plans to construct a senior living apartment complex in its place.

The Hosey is a former social club located on Russell Avenue, behind the Fountain Hill park and playground on Stanley Avenue.

The planning commission motioned to approve the special exception to demolish the building, however it is contingent upon the developers receiving various approvals prior to demolition.

A variety of concerns were raised by planners, which the developers will need to address when they go in front of the borough’s Zoning Hearing Board on Monday, March 16.

Planning commission chair Christopher Bennick recommended that the developers acquire borough approval of water and sewer allocations as part of their next steps.

“Several times we’ve had developers come in and try to develop and the city limits the water and sewer allocations,” Bennick said.

The commission also brought up concerns which were raised by borough fire marshal Raymond Anthony.

In a letter dated March 4, Anthony had questions related to the accessibility of the proposed parking lot, which would include 36 parking spots. Two of the spaces would be handicapped. For the 18-unit apartment complex, there would be two spaces per unit.

Anthony said the dimensions provided in the plans are insufficient to support the size of today’s vehicles. His letter also mentioned that current plans do not include provisions for guest vehicles and overflow parking.

Anthony’s letter said the parking lot plan provides insufficient space for a garbage truck to maneuver through it, and that it does not show provisions for the placement of snow.

Anthony also raised concerns about accessibility for emergency response vehicles and personnel. He pointed out that a proposed retaining wall would leave insufficient space around the building for placement of ground ladders to reach the upper floors.

The proposed development is at the dead end of Russell Avenue, with no cul de sac.

Anthony said he’s concerned about the fire department’s ability to maneuver a ladder truck in it, and asked that the developers provide him with turning templates, which David Harte of Ashley Development presented to planners.

“We do show the ability to take a fire truck and bring it through the lot and take it back out,” Harte said.

Harte later clarified that the provided turning template is valid even with all of the parking spaces occupied.

Anthony’s letter also included his recommendation for a different location of a proposed fire hydrant.

“We’re willing to discuss this with the fire marshal, and if we need to adjust some things a little bit that won’t be a problem for us,” Harte said. 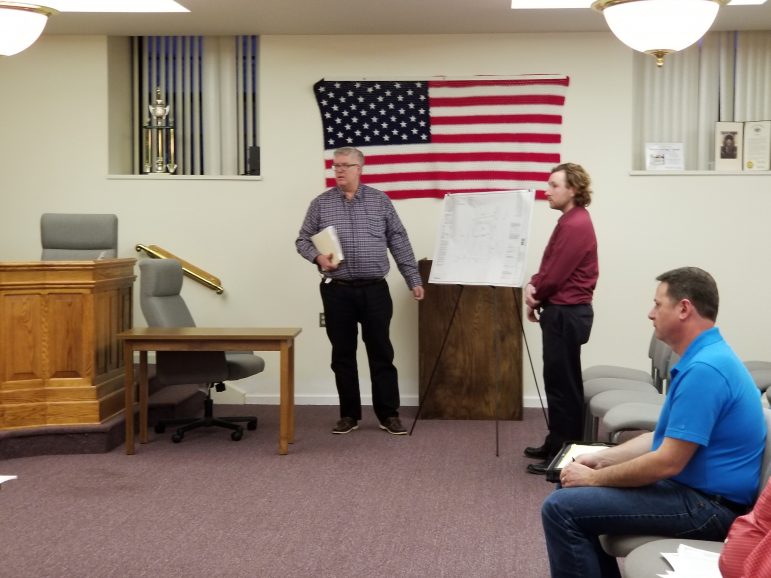 Representatives from Ashley Development provided some clarification about the overall proposal for those in attendance at the meeting.

They said the three-story building will have no impact on views for the residents living behind the property.

“For an age-targeted market, our experience has been the one (bedroom units) are in higher demand than the two bedrooms,” an Ashley Development representative said.

Bennick, who lives two blocks behind the Hosey property, said he would prefer a senior living facility over the once-raucous Hosey, which closed in 2017.

“To me, not having the loud music from the Hose Company parties and having senior living sounds a little better,” he said. 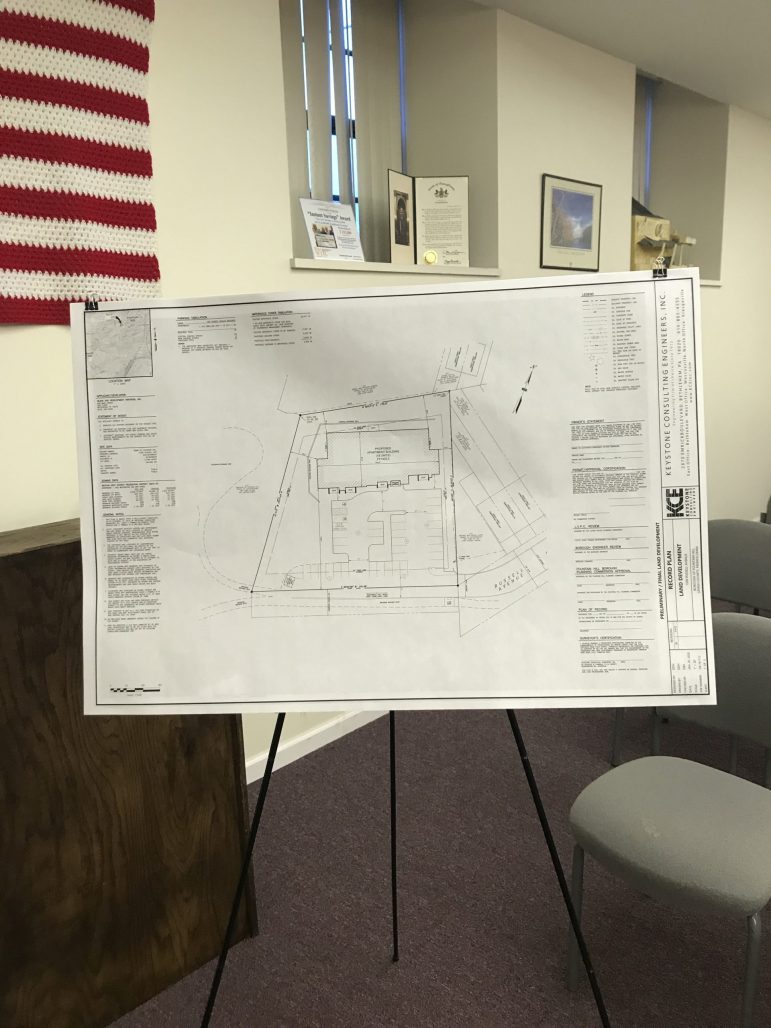