While the information’s value may be somewhat limited due to the fact that there is community spread of the novel coronavirus occurring in the Lehigh Valley, some residents have expressed an interest in knowing where cases of the disease are concentrated locally. 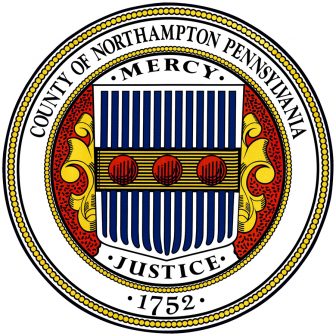 As of yet, Northampton County officials have not released community case totals*, but on Monday they did identify the municipalities in which 12 county residents and one non-county resident who have died from COVID-19 within the county lived.

“We are providing the…information to give our residents the maximum amount of information permitted by law and in keeping with sound epidemiological standards,” county executive Lamont McClure said in a post that was shared on the county’s Facebook page.

McClure said it should be noted that the data regarding COVID-19 deaths in Northampton County comes from the county coroner’s office and only reflects the number of people who had died of the disease within the county’s borders as of April 6.

“It does not reflect those Northampton County residents who died of the virus in another county,” McClure pointed out, adding that “of the 13 deaths recorded in the county (one) was a resident of New Jersey.”

None of the people who have died of COVID-19 in Northampton County to date lived in either Hellertown borough or Lower Saucon Township, the county confirmed.

Municipalities in which the victims lived include:

The county said the average age of the victims was 80.8 years, and that 44 percent of them were male, while 54 percent were female.

“Please note—the 13 unfortunate victims of COVID-19 do not provide enough data points for a statistically significant sample,” McClure said. “These profound losses to our community do not provide us with enough scientific evidence to draw any conclusions.”

He noted that while most of the individuals who have died in Northampton County were elderly, “younger people remain at significant and serious risk and should stay-at-home.”

As of Monday, Northampton County had a total of 716 confirmed cases of the coronavirus, according to Pennsylvania Department of Health data.

The county is also part of a four-county area which state health secretary Dr. Rachel Levine said is an area of concern for officials because of how fast the disease is spreading within it. The other counties in that cluster are Lehigh County, Monroe County and Luzerne County, which together with Northampton form a rough semi-circle near and along Pennsylvania’s eastern border with New Jersey. As of Monday nearly 25 percent of the state’s cases were located in that four county area, whose residents only account for about 10 percent of the state’s total population.

New data which includes updated statewide and county case totals as well as the total number of deaths that have so far occurred from COVID-19 is released daily at noon via Twitter by the Pennsylvania Department of Health.

*The City of Bethlehem, which is located in both Northampton and Lehigh counties, has its own health bureau which has released confirmed COVID-19 case numbers for the city only. The numbers are not broken down according to individuals’ county of residence. As of April 3, 2020, the city reported that there were 108 confirmed cases of coronavirus and no deaths from the disease among its approximately 75,000 residents.