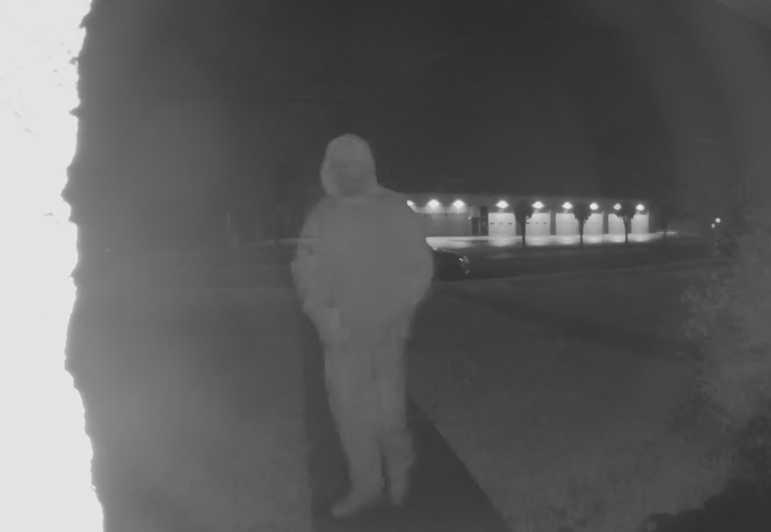 In a still from a home security video recording, an individual is seen approaching a home in the 700 block of Front Street, Hellertown borough, where police say a theft of outdoor property occurred during the overnight hours of May 8-9.

Hellertown Police are asking for the public’s help with identifying someone recorded prowling outside a home in the 700 block of Front Street last week.

In a video recorded on a Nest home security device, the person is seen walking on the sidewalk and then up a path toward the front of the house, before quickly turning away.

The ghostly-looking figure seen in the video appears to be male and is wearing a hooded sweatshirt in the 30-second clip, which was shared Monday on the department’s Facebook page.

Police said in their post that they want to speak with the person captured on video in connection with the “theft of outdoor property (that) had occurred during the overnight hours of May 8-May 9 in the 700 block of Front Street in the borough.”

Anyone with information related to this case is encouraged to notify Hellertown Police by calling the Northampton County 911 Center at 610-759-2200 (non-emergency).