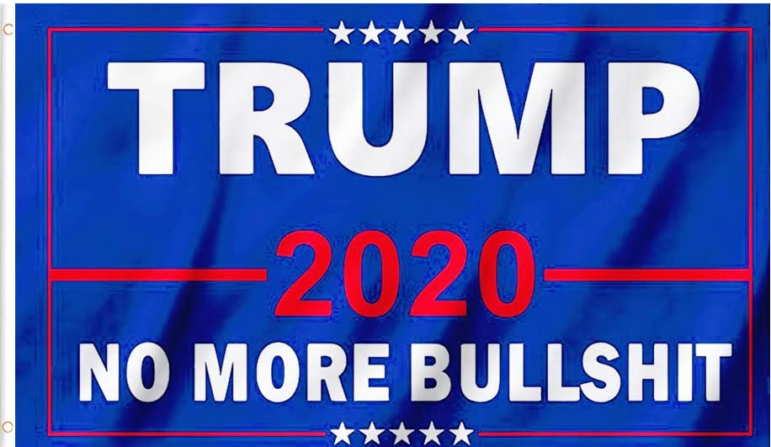 Pictured: An example of a flag that is similar to the one reported stolen in Nockamixon Township, Bucks County.

Pennsylvania State Police at Dublin said Thursday that they’re investigating the theft of a politically-themed flag from a residential property in rural Nockamixon Township, Bucks County.

In a news release police said a 66-year-old resident of Center Hill Road in the Upper Black Eddy section of the township reported that a “Trump 2020 No More Bullshit” flag was stolen from his yard sometime between 5 p.m. Sunday and 8:15 p.m. Monday.

Also stolen, according to police, was a “subdued American flag” with a blue stripe on it.

Police said both flags are made of cloth and measure three feet by five feet in size.